A Rothschild descendant has claimed an initial victory in a legal battle with the city of Vienna over a medical trust set up by his ancestors, seized by Nazis and now controlled by the city.

Geoffrey Hoguet is suing Austrian authorities for control of the trust, which he claims has been hollowed out by town hall officials who have made themselves administrator and potential beneficiary of assets worth up to €110m (£98m).

The case is the latest chapter in Austria’s long, slow reckoning with one of the darkest chapters in its history, the persecution of its Jewish citizens after it came under Nazi rule, and the theft of their property and assets.

Now a court has backed Hoguet and his lawyers in their claim that the city of Vienna has a conflict of interest over the foundation’s finances, ruling that an independent figure, or “collision curator” must be appointed to represent the charity in legal proceedings over a 2017 change to its statutes.

“The decision is an important first stage win in our legal battle with the city of Vienna to correct the course of Nazi-era injustices endured until today,” Hoguet said. “In doing so the court recognises the improprieties conducted by the city of Vienna since the Nazi usurpation of that foundation in 1938.”

He called on Viennese politicians to “reinstate an independent governing board for the foundation and return the Nazi booty to serve its purpose as dedicated by my family”.

Hoguet only learned in 2018 that his great-grandfather had set up a foundation for mental health and neurological conditions more than a century earlier, naming it in memory of his childless brother Nathaniel.

The Nathaniel Freiherr von Rothschild foundation flourished in the city known as the birthplace of modern psychiatry, and home of Sigmund Freud, with board members at one point including a Nobel laureate.

But the large endowment and the clinics were seized by Nazi authorities in 1938, under the official “aryanisation” process for looting Jewish property and other assets, and the Rothschild family were forced to flee for their lives.

The charity was reconstituted in 1956, after Austria was re-established as a sovereign state, but city authorities made themselves administrators.

In the intervening years the foundation has become little more than a real estate shell organisation, leasing its one remaining clinic to a public hospital for a nominal sum, and with the Rothschild family name erased from the site, Hoguet says.

“I went back in February and walked around the campus [of the hospital], and there wasn’t one reference to the family’s name,” said Hoguet.

Hoguet says that erasure is part of a disturbing pattern that has seen references to the Rothschilds scrubbed from a city once shaped by their philanthropy and investment.

Palaces, a hospital and even a train station bearing the Rothschild name were pulled down after the second world war, and the sites renamed. Only in 2016 was a new urban tribute paid, when Rothschild Square was inaugurated outside a bank with family links.

Hoguet would like to re-establish the now obscure charity as a recognised centre for research and treatment, as its founder intended: “My dream really would be, once the governance is restored, to turn it once again into a leading beacon for neurological and mental healthcare.”

He would not benefit financially, but had a particular personal interest in the field because he was living with Parkinson’s disease, he said.

Authorities for the city of Vienna have previously argued that the 1956 restoration of the foundation was done in accordance with the original wishes of Nathaniel von Rothschild.

Hannes Jarolim, the lawyer in charge of handling Vienna’s response to the claims, told the Financial Times that Hoguet’s arguments were“not tenable” and the fate of the foundation had been settled “decades ago” and “completely in line with [its] original purpose”.

But Hoguet and his lawyers say that when the city re-established the foundation, it ignored rules which required a majority of board members to be nominated by the Rothschild family themselves.

“It would not have been difficult to reach out to the family, whether in Paris or in London, to find out who of the Austrian branch of the family were still around,” he said.

Hoguet said some relatives returned to Vienna frequently: “My grandmother Clarice was coming back and spending a good part of the year in Austria as soon as permitted.”.

In 2002 one of two valuable buildings owned by the foundation, the Maria-Theresien-Schlössel, was sold by the charity’s administrators to the city of Vienna, at a price Hoguet alleges is below market value for prime real estate.

The foundation’s remaining clinic, set in extensive grounds in another part of the city, is leased for a nominal sum to a state hospital. But city authorities have applied for a permit to divide its ground into plots and fell trees, which Hoguet fears is a prelude to another sale.

In 2017 the city changed the foundation statutes to make itself the ultimate beneficiary of foundation assets, if the charity is wound up. Those changes are one of the things Hoguet is challenging in court.

“Under Austrian law, there is a strict prohibition on self-dealing and on representing both sides to a transaction without an independent, informed consent. The decision by the district court recognises that such a self-dealing situation is present,” said Wulf Gordian Hauser, a lawyer for Hoguet, who added that other dealings between the city and the foundation should also be challenged.

“In essence, any contract which the foundation has done after its nominal resurrection in 1956 had the City of Vienna dealing with itself as a counterpart. All these transactions should be reviewed and challenged.” 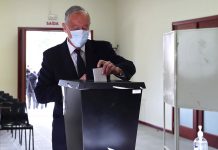 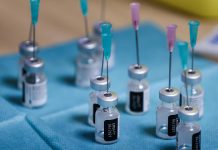 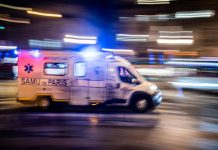 Outpouring of shock, anger over brutal attack on 15-year-old in Paris 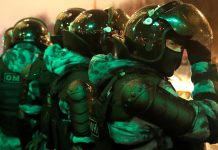 Netflix still several steps ahead in strategy for wooing subscribers

Portuguese asked to break lockdown to vote in presidential election

By the homes of Degas and Renoir, Paris street artists face a lonely struggle

Protesters demonstrate across Russia in support of Alexei Navalny