JAKARTA: The first joint naval drill between Russia and the Association of Southeast Asian Nations began in Indonesian waters on Wednesday, marking a new development in a region facing territorial disputes with China and US attempts to counter Beijing’s influence.
The three-day ARNEX exercise is held partly virtually at the Belawan base of the Indonesian Navy, and partly at sea off North Sumatra province. Officials said it aims to increase both the interoperability of ASEAN and Russian forces and the security of maritime economic activities and civil navigation in the region.
“This exercise fosters a friendly relationship between Indonesian navy, ASEAN member state navies and the Russian navy and will increase the navies’ personnel professionalism,” Indonesian Navy First Fleet Command Chief Rear Adm. Arsyad Abdullah said in a statement, as he launched the drill at the Belawan base.
Abdullah was accompanied by Russia’s ambassador to ASEAN, Alexander Ivanov, and the Russian ambassador to Indonesia, Lyudmila Vorobyeva.
“This exercise is about peace, stability and prosperity in the region,” Ivanov said, as quoted by the Russian mission to ASEAN in a Twitter post. “We are opening a new page in our strategic partnership.”
The drill features warships from seven of the 10 ASEAN member states — Indonesia, Singapore, Malaysia, Thailand, Myanmar, Vietnam and Brunei — and the Russian destroyer Admiral Panteleyev. The Philippines, Cambodia, and Laos — the only landlocked nation in Southeast Asia — are taking part in the drill online as observers.

• Joint exercise comes as China and US are trying to assert their influence in the region.

See also  For Chinese in Ukraine, it’s a long, anxious wait for a flight out to safety

• Philippines, Cambodia, and Laos are taking part in the drill online as observers.

The Russians have also brought their Kamov attack helicopter, while Indonesia deployed the KRI Gusti Ngurah Rai-332 frigate, CN-235 aircraft, AS-565 helicopter and 500 personnel. The ARNEX joint exercise with Russia was approved by the defense ministers of ASEAN states in December 2020.
Several Southeast Asian countries have territorial disputes with China, which has claims to most of the nearby South China Sea. Parts of the sea are claimed also by the Philippines, Malaysia, Brunei and Vietnam. Indonesia says it does not have any territorial disputes with China, but has repeatedly questioned the presence of Chinese vessels that regularly enter the waters of its North Natuna Sea, which Beijing demarcates as part of the South China Sea.
To counter Beijing’s assertiveness, the US, UK and Australia announced in September a tripartite security pact in the Indo-Pacific region, which has been criticized by Russia.
“Regardless of the reasons to securing maritime trading routes, the joint exercise shows that Russia does not want to be left behind as a major player in the region amid United States and China’s dominance in the region,” Arie Afriansyah, international law lecturer at the University of Indonesia, said.
He said that both ASEAN and Russia had calculated the geopolitical risks before agreeing to the joint drill.
“ASEAN wants to show the world that it is not taking sides, and that it is consistent to be neutral in the geopolitical constellation among its dialogue partners.” 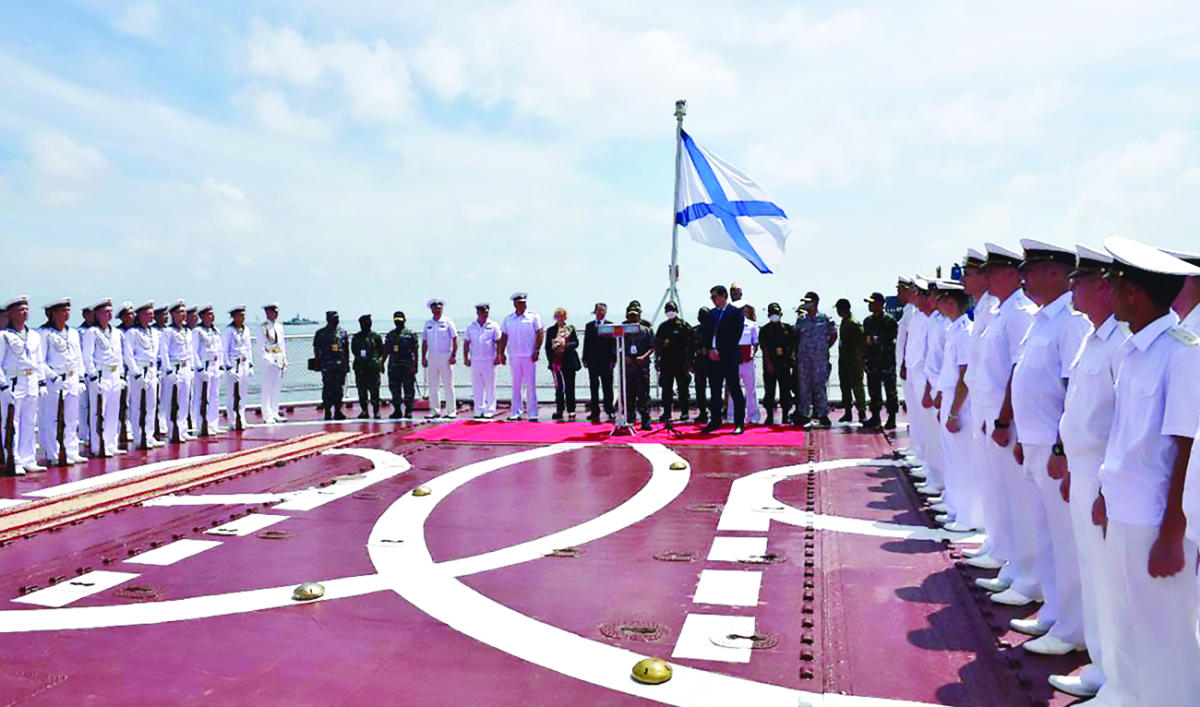