BAKU/YEREVAN: Armenia accused Turkey on Thursday of blocking flights carrying emergency aid from using its airspace, and new fighting over the Nagorno-Karabakh enclave threatened to pitch the region into a humanitarian crisis.
Azerbaijan and Armenia accused each other of violating a cease-fire brokered less than a week ago to enable the sides to swap detainees and the bodies of those killed in the clashes, which erupted on Sept.27.
The flare-up is the deadliest since the 1990s, when 30,000 people were killed in a war over Nagorno-Karabakh, a territory that is internationally recognized as part of Azerbaijan but governed by ethnic Armenians.
Azeri President Ilham Aliyev said on Twitter Armenia should “halt attempts to capture liberated territories back,” and warned of “new victims and new bloodshed.”
Azerbaijan’s defense ministry said its army had retained an “operational advantage” along the line of contact with Nagorno-Karabakh, but that the situation in the Aghdere-Aghdam and Fizuli-Hadrut-Jabrail directions remained tense.
The Azeri prosecutor’s office said two civilians were wounded by shelling in Aghdam.
Armenian defense ministry spokeswoman Shushan Stepanyan accused the Azeri armed forces of artillery fire from the north and south-east, but said Nagorno-Karabakh’s forces were taking “appropriate counter-measures against the attacks.”
The Armenian prosecutor-general’s office said Azeri drones had killed two soldiers in the Armenian region of Vardenis on Wednesday, raising the military death toll since Sept. 27 to five. The personnel were not involved in military action, it said.
Reuters could not independently verify the reports.
International organizations, including the International Committee of the Red Cross, have warned that the conflict, coming on top of the COVID-19 pandemic, could leave tens of thousands of people in need of aid over coming months.
Zareh Sinanyan, Armenian High Commissioner for Diaspora Affairs, said the delivery of 100 tons of aid from the United States was being delayed as Turkey had prohibited Armenia-bound humanitarian aid flights over its airspace.
Armenia’s civil aviation committee was told on Wednesday the Qatar Airways flight from Los Angeles was canceled but gave no reasons, its head, Tatevik Revazyan, told Reuters.
“We have grounds to claim that Turkey closed the air route deliberately,” Revazyan said, adding that Armenia was seeking an alternative route over Russia or Georgia.
Turkey’s foreign ministry, which handles airspace issues, was not immediately available to comment.
Aside from humanitarian concerns, fears are growing of Russia and Turkey being sucked in. Turkey’s military exports to its Azeri ally have risen six-fold this year, data shows, and Armenia has a defense pact with Russia.
In a phone call on Wednesday with Turkish President Tayyip Erdogan, Russian leader Vladimir Putin expressed concerns about the participation of Middle East fighters in the Nagorno-Karabakh conflict, though Turkey and Azerbaijan deny the presence of such fighters.
The fighting is not far from Azeri pipelines which carry natural gas and oil to international markets. Aliyev accused Armenia on Wednesday of trying to attack the pipelines, a charge that Armenia denied..
Nagorno-Karabakh authorities say 604 defense personnel have been killed since Sept. 27. Azerbaijan said on Wednesday 43 civilians had been killed but has not disclosed military casualties. 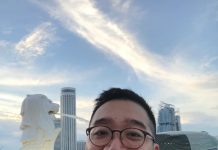 “We all have needs,” Malaysian man’s post calling out men visiting prostitutes in Sg goes viral 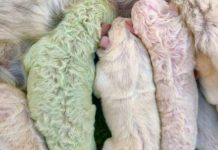 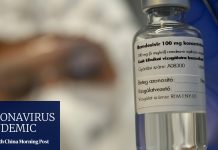 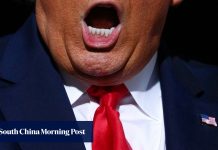 Who will miss Donald Trump? The world leaders with the most to lose if Joe Biden wins US election 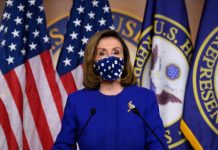 France teacher’s killer had ‘contact’ with militant in Syria 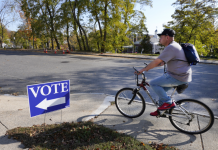 US slaps new sanctions on Iranian groups for election interference 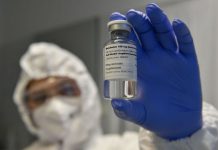 Gilead's remdesivir drug gets US FDA approval as Covid-19 treatment 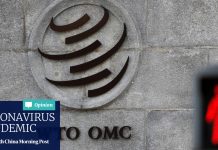 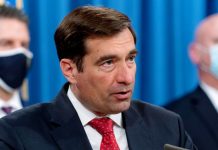