Russia has said it will recall many of its troops from Crimea and the border regions of Ukraine, rolling back an aggressive military buildup that had sparked fears that Moscow was preparing an invasion force.

The decision, announced by the defence minister, Sergei Shoigu, came after video on social media and satellite imagery last month revealed a buildup of tanks, artillery, fighter jets and even short-range ballistic missiles massing 150 miles from Ukraine. US officials called it the largest muster of Russian military power along the border since the 2014 annexation of Crimea.

Russian officials announced military exercises after the buildup was exposed, but western observers believe Moscow had an ulterior motive and was sending a pointed message to Kyiv and to the Biden administration that it was ready to use force to defend what Vladimir Putin this week called Russia’s “core security interests”.

On Thursday, after several days of exercises, the Russian military command announced that personnel from Russian army and airborne units would return to their bases. Some heavy artillery, including powerful rocket artillery and other missiles, will remain behind, leaving Russia with more heavy firepower on the Ukrainian border than it had before.

At least 100,000 troops were said to have been massed in Crimea and at a new training grounds in the Voronezh region during the buildup, as well as hundreds of pieces of artillery and other military vehicles at massive motor pools. Ships and fighter jets were transferred to Crimea, where Russia held drills simulating an amphibious landing this week.

“I believe that all the goals of the surprise check have been achieved,” Shoigu told officers in televised remarks from a meeting in Crimea on Thursday. “The forces have demonstrated their capacity for solid national defence. Therefore, I have decided to bring the check of the southern and western military districts to an end.”

The troop movements will be closely watched in the coming days. They are set to begin on Friday and continue through to the end of April. All soldiers would go back in their usual “deployment points” by 1 May, Shoigu said, according to Russia’s defence ministry.

Shoigu’s announcement ends weeks of speculation over Putin’s intentions, at least for now. Joe Biden offered strong support for Ukraine’s embattled president, Volodymyr Zelenskiy, and warned Putin not to take military action. At the same time, the US administration backed down from plans to deploy warships in the Black Sea.

In a phone call with Putin last week, Biden proposed a meeting in a third country in the coming months, potentially setting up the first US-Russia presidential summit since Putin held talks with Donald Trump in 2018 in Helsinki.

The White House has reportedly been weighing requests from Kyiv to send additional weaponry to Ukraine. At a meeting with the US secretary of state, Antony Blinken, last week, Ukraine’s foreign minister, Dmytro Kuleba, asked Washington for electronic warfare technology to counter Russia’s capacity to jam Ukrainian communications.

Zelenskiy has offered to meet Putin for talks to discuss the breakaway Donbas region, where separatist militias and their Russian backers have been engaged in a conflict with the Ukrainian army. Putin has yet to respond. In his annual address on Wednesday he warned the west not to cross Russia’s “red lines”, saying Moscow would react swiftly and harshly to any “provocations”.

As well as tensions over Ukraine, the Kremlin has been embroiled in worsening spy scandal with the Czech Republic. On Thursday the Czech government said it would expel more Russian diplomats from the embassy in Prague, in addition to the 18 already told on Saturday to leave the country.

The move comes after the Czech security service blamed Russia’s GRU military intelligence agency for a 2014 explosion at a weapons dump that killed two people. It said Alexander Petrov and Ruslan Boshirov, the two assassins who allegedly poisoned Sergei and Yulia Skripal in Salisbury, had been in the country shortly before the explosion took place.

The pair, real names Anatoly Chepiga and Alexander Mishkin, had arranged to visit the depot using false passports. The open source outfit Bellingcat revealed that four other GRU officers flew into Prague during the operation, including the commander of the GRU’s secret 29155 military unit, Gen Andrei Averyanov. The depot had been due to send the weapons to Ukraine.

Russia responded to Saturday’s expulsions by ordering out 20 diplomats from the Czech Republic’s mission in Moscow. The Czech embassy is much smaller than its giant Russian counterpart. The Czech government said it had now been paralysed and gave the Kremlin a deadline for its staff to be reinstated, without success.

On Thursday the Czech foreign minister, Jakub Kulhánek, said more Russian diplomats would therefore be expelled in order to equalise staffing at the two missions. They had to leave by the end of May, he said. “We do not want to escalate. But the Czech Republic is a sovereign country,” he said.

He described Kremlin spying as a “huge security challenge” and said the standoff with Moscow over the GRU’s clandestine activities was “the biggest problem in this area in several decades”.

How continental Europe is emerging from Covid lockdown

Northern Ireland at 100: a timeline of its founding

Is Russia’s Covid vaccine anything more than a political weapon? 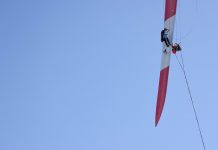 Germany first to hand back Benin bronzes looted by British 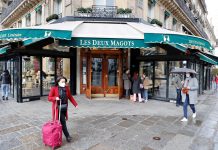