GENEVA: The United States is seeking a return to the UN Human Rights Council, three years after former president Donald Trump’s administration withdrew, the US top diplomat told the rights body Wednesday.
“I’m pleased to announce the United States will seek election to the Human Rights Council for the 2022-24 term,” US Secretary of State Antony Blinken told the council in a video message.
“We humbly ask for the support of all UN member states in our bid to return to a seat in this body.”
The United States announced earlier this month that it would re-engage with the 47-member council after Trump’s administration pulled the country out in June 2018.
He complained about its “unrelenting bias” against Israel and the “hypocrisy” of allowing rights-abusing nations a seat at the table.
The US departure left a void that China and others have been eager to fill.
While Washington has vowed to begin active participation in the council’s activities immediately, it could not automatically regain the membership it walked away from three years ago.
Elections for the next term will be held toward the end of this year.
“The United States is placing democracy and human rights at the center of our foreign policy, because they are essential for peace and stability,” Blinken told the council’s main annual session, which this year is being held mainly virtually due to the pandemic.
“This commitment is firm and grounded in our own experience as a democracy: imperfect and often falling short of our own ideals, but striving always for a more inclusive, respectful, and free country,” he said, striking a very different tone than his predecessor Mike Pompeo.
But while the United States under new President Joe Biden is eager to return to the fold of the council, Blinken stressed that the country still agrees with some of the criticisms lobbed by the previous administration.
“Institutions are not perfect,” he said.
“We urge the Human Rights Council to look at how it conducts its business. That includes its disproportionate focus on Israel,” he said.
“In addition, we will focus on ensuring that the council membership reflects high standards for upholding human rights,” he added.
The United States has long complained that prominent rights abusers are given seats on the council.
Currently the membership includes China, Russia, and Venezuela, along with Cuba, Cameroon, Eritrea and the Philippines.
“Those with the worst human rights records should not be members of this council,” Blinken said.
He harshly criticized Russia’s treatment of political opposition figures, demanding that Moscow “immediately and unconditionally release Alexei Navalny, as well as hundreds of other Russian citizens wrongfully detained for exercising their rights.”
He also denounced “atrocities” committed in China’s Xinjiang region, decried that fundamental freedoms were being undermined in Hong Kong, and voiced alarm at the “backsliding of democracy” in Myanmar following the February 1 coup there.
Washington’s rights record has itself been criticized before the council, including with a dedicated special debate last June, without US participation, following the death of George Floyd.
Floyd’s killing on May 25, 2020 after a white Minneapolis police officer – since charged with murder – pressed a knee on his neck for nearly nine minutes, set off a global outcry over racism and police brutality.
Blinken stressed Biden’s commitment to addressing “systemic racism.”
Washington, he said, was also “eager to find a more effective and inclusive way to put ‘fighting racism’ at the top of the global human rights agenda.”
He acknowledged that his country was not perfect, but said “we strive every day to improve, to hold ourselves accountable.”
“There is no moral equivalence between the actions of the United States, which are subject to robust, impartial, and transparent accountability mechanisms, and those of authoritarian regimes, which violate and abuse human rights with impunity,” he said. 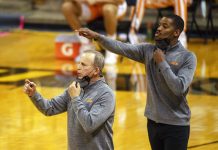 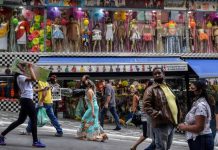 WHO Americas branch warns Covid-19 is surging dangerously in Brazil 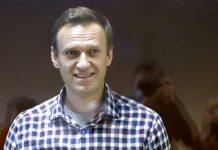 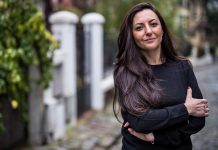 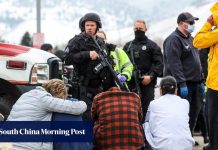 After second US mass shooting in a week, calls grow for gun control 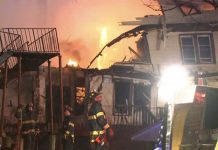 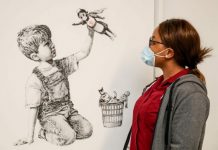 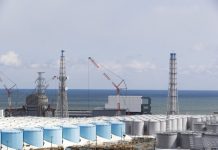 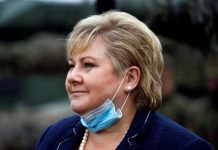 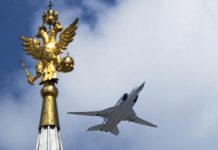 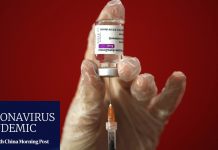