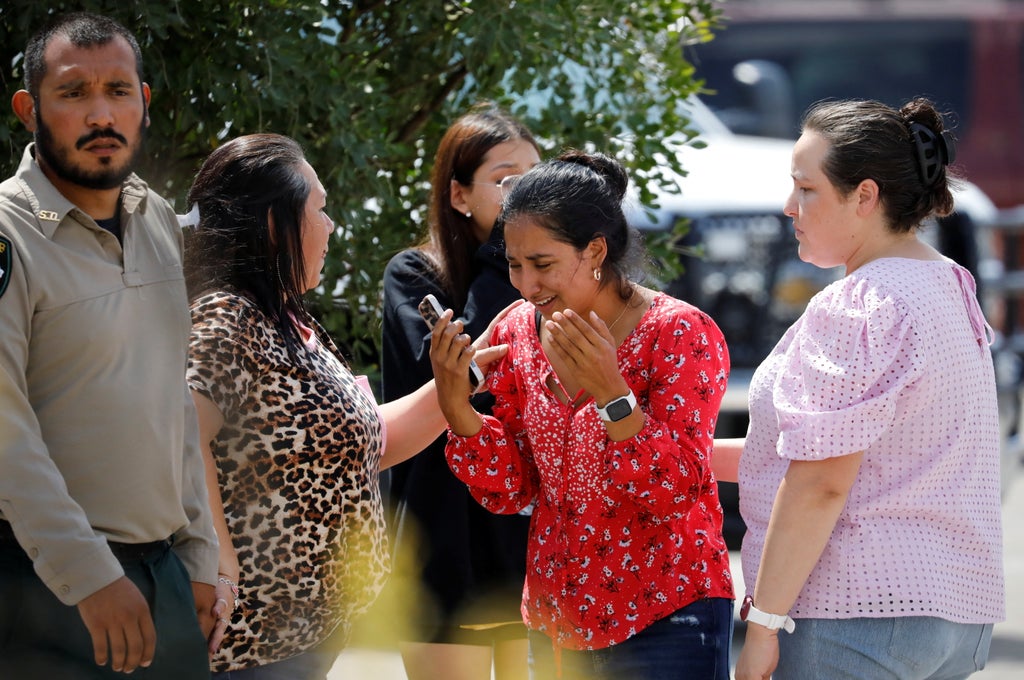 A gunman who killed 14 students and a teacher at Robb Elementary School in Uvalde, Texas, on Tuesday has been named as 18-year-old Salvador Ramos.

Ramos was a student at Uvalde High School who lived in the small city 130 kms (80 miles) west of San Antonio, according to Mr Abbott.

He reportedly shot his grandmother before driving to Robb Elementary just before midday on Tuesday, Mr Abbott said at a news briefing on Tuesday afternoon.

Ramos is believed to have abandoned his car outside the school and enters the school grounds with a handgun and possibly a rifle.

Uvalde Memorial Hospital said 13 students and an adult were transported to the school by a bus and ambulance. Two of the students were pronounced dead on arrival.

There was no further information immediately available about the condition of Ramos’ grandmother.

An Instagram account identified by news outlets as belonging to Ramos showed him posing with what appears to be a semi-automatic weapon.

In a statement, Mr Abbott said Texans were grieving for the victims of this “senseless crime and for the community of Uvalde”.

The death toll of 14 students and one teacher is the deadliest attack on an elementary school since the 2012 mass shooting at Sandy Hook Elementary School in Newtown, Connecticut, which claimed the lives of 20 students and six teachers.