He said it would be the best option to resolve the ongoing political crisis besetting the country.

“The prime minister has come up with a view for the confidence vote to be taken and we feel that is the best solution, that is, to determine his support in Parliament,” Abang Johari told reporters after launching the Bantuan Khas Sarawakku Sayang 7.0 (BKSS 7.0) special aid package for the business sector.

He said any member of parliament could lead the federal government if he has the support and confidence of the majority of federal lawmakers.

“This is in accordance with the Federal Constitution on the vote of confidence which must be decided in Parliament,” he said

“You cannot assume you have the majority support.

“If the prime minister has the majority support, he should be allowed to carry on with his duties, not be deflected by political crisis,” he said.

He said if Muhyiddin does not have majority support, then he has to face the consequences.

He said this was why GPS would support the tabling of a motion of confidence in Parliament.

Abang Johari said in the midst of the Covid-19 pandemic in the country, public welfare and well-being were important.

“Secondly, the current term of the federal government is less than two years before the next general election is held.

“Why not they (Opposition) wait for the general election to be called. Why (do they) have to fight like this?” he asked.

He said GPS wanted a federal government that was stable and not to worry Malaysians with a political crisis.

Early today, Muhyiddin announced that a confidence vote will be tabled in the Dewan Rakyat when it convenes in September, while insisting that he still has the required majority support from lawmakers in the form of statutory declarations (SD) to lead Malaysia.

He said he was informed by Yang di-Pertuan Agong Al-Sultan Abdullah Ri’ayatuddin Al-Mustafa Billah Shah that His Majesty had obtained SDs from eight Umno MPs who formally informed the Dewan Rakyat Speaker they were withdrawing support for him.

“However, I am aware that my position as prime minister is always being questioned,” he said in a televised public address.

“Therefore, I have informed His Majesty that I will determine my legitimacy as prime minister in Parliament. A motion of confidence vote will be tabled when Parliament convenes in September.

“Only through this manner, will my position as prime minister and the Perikatan Nasional ruling government be determined in accordance with the law and the Constitution,” the prime minister said. 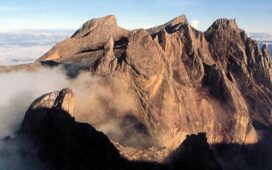 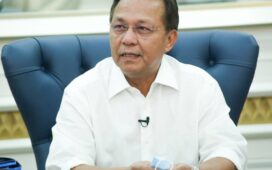