Saudi Arabia is considering clemency for jailed female activists ahead of its hosting of the G20 summit this month, the Saudi ambassador to the UK has said.

The kingdom has been under growing pressure on its human rights record ahead of the summit, which is to be held virtually on 21 and 22 November. This includes the fate of a group of women who were prominent in the campaign for the right to drive. One of the themes of the G20 is women’s empowerment.

Speaking to the Guardian, Khalid bin Bandar bin Sultan bin Abdulaziz Al Saud said the Saudi courts had found the women guilty of more than advocating the right to drive, but that a debate was under way in the foreign ministry about whether their continued detention was causing Saudi Arabia so much political damage that it was not worthwhile.

It is rare for senior diplomats to give an insight into internal debates within the often secretive court.

“The G20, does it offer an opportunity for clemency? Possibly. That is a judgment for someone other than me,” he said. “People ask: is it worth the damage it is causing you, whatever they did? That is a fair argument to make and it is a discussion we have back at home within our political system and within our ministry.

“There is a variety of views. Some people say it doesn’t matter what other people think of us, what is important is to do what is right for our country, and if people knowingly break our laws they should be punished according to those laws. Other people say it isn’t worth it, let them out, let them live their lives and ignore them.”

READ  A crisis video meeting, like something out of the movies

One of the jailed women, Loujain al-Hathloul has been on hunger strike in Al-Hayer high security prison since 26 October in protest at her conditions there. A UN women’s rights committee expressed alarm last week at her deteriorating health.

Hathloul was arrested with nine other women’s rights advocates in May 2018, months before women were finally granted the right to drive. Her family, including her sister, claim she has been tortured. At least five of those arrested remain in jail.

The ambassador said there was merit in the arguments both for and against clemency.“We are definitely moving in a different direction, but we are not a western nation and people need to understand that some of our beliefs are different,” he said.

The ambassador also said he hoped the G20 meeting would adopt a long-term programme of post-Covid debt relief for the world’s poorest countries.

Saudi Arabia has also been hit by Covid’s impact on economic activity and the fall in the oil price and private sector investment. The government’s budget deficit is predicted to widen to 12.8% of GDP this year from 4.5% in 2019, and Saudi officials acknowledge privately that the government’s image has been a factor in the drop in investment.

The death of the journalist Jamal Khashoggi, who was killed inside the Saudi consulate in Istanbul in 2018, led to international outrage over what the CIA and other western intelligence agencies concluded was an assassination ordered by the Saudi crown prince, Mohammed bin Salman. Riyadh said Saudi agents had killed him in a botched extradition operation.

The G20 meeting had been intended as a showcase for a modernising and open Saudi Arabia as world leaders arrived in Riyadh, but will now be a virtual summit and may not last the two days allocated. It will also be one of the last international set pieces for Donald Trump, a close ally of Prince Mohammed.

The Saudi government sent a message of congratulations to Joe Biden on Sunday. The US president-elect has promised to review US-Saudi relations, including Washington’s support for the Saudi intervention in Yemen.

US dependence on Saudi oil has fallen markedly as a result of domestic shale gas production, but the kingdom’s political stability is still a key US concern.

“Our GDP is linked to the price of oil,” the ambassador said. “If oil prices were high we would be less inclined to embrace reform of our economy, [but] oil is on its way out either because it is finite, or due to climate change

“We are trying to develop economies that are not so reliant on oil. We have got to try because if Saudi Arabia collapses economically it collapses politically, and that is a bigger disaster than most people are aware of.”

Saudi ambitions for a debt package for low-income countries may be dashed by the virtual format and disagreements between G20 members, primarily China and the EU, over the length of the commitment.

The ambassador said: “We will sadly miss that opportunity for two leaders to pull each other aside and have a quick chat. It may make the communique a bit less specific than we would like. It may have to be more pre-agreed than normal.” 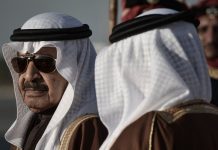 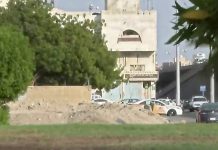 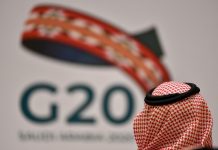 Values judgment: embracing the things that unite us is key to a better future for all

Several injured after explosion at Armistice Day ceremony in Jeddah 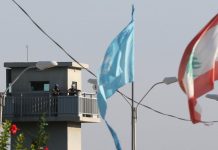 Lebanon, Israel in third round of sea border talks 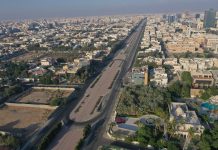 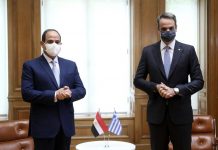 Egypt’s president in Greece on 1st visit since maritime deal

Iran vows to take ‘any opportunity’ to lift US sanctions 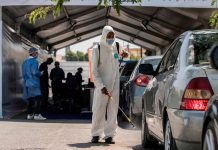 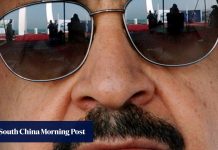