NEW YORK: Stock markets surged higher on Thursday, with the three major US indexes pushing into record territory, as traders brushed off the storming of the Capitol building in Washington.
On Wall Street, the Dow Jones Industrial Average ended above 31,000 for the first time, while Frankfurt broke 14,000 points for the first time, before falling back but still set a new closing level record.
The dollar rose across the board, while bitcoin continued its record run and was flirting with $40,000, having passed $30,000 only on Saturday.
Oil prices pushed higher, building on recent strong gains.
“Traders are unfazed by the chaos that we experienced on Capitol Hill yesterday,” noted Naeem Aslam, chief market analyst at AvaTrade.
US lawmakers in the early hours of Thursday morning finally managed to formally certify Joe Biden as the next US president, dealing a hammer blow to Donald Trump whose supporters stormed the Capitol hours earlier, triggering unprecedented scenes of mayhem in the seat of US democracy.
Trump, who spoke to a rally early in the day and urged them to march on the Capitol, in the wake of the mayhem promised an “orderly transition.”
But investors focused on the increased chances of another huge stimulus package under a Biden administration especially after Democrats won the two Senate seat runoffs in Georgia giving the party control of the chambers.
Biden also has pledged to accelerate the vaccine rollout, which raises hopes the Covid-19 pandemic can be reined in.
Craig Erlam at currency trading platform Oanda also noted that investor concerns about Democratic control of Congress have quickly dissipated.
“As ever, the idea of something has proven to be far scarier than the outcome itself and investors, rather than hiding in fear of taxes, are revelling in the prospect of more stimulus,” he said in a note to clients.
The violence in the United States took attention away from soaring coronavirus cases around the world that are forcing governments to impose fresh lockdowns.
Traders are optimistic that the rollout of vaccines, though slower than hoped, will eventually allow life to get back to normal.
Hong Kong was in the red Thursday after six days of gains, with market heavyweights Alibaba and Tencent diving following a report that the Trump administration is considering barring investment in their New York shares.
READ  Japan lower house passes US trade deal but auto tariffs still in limbo 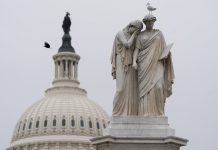 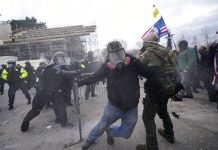 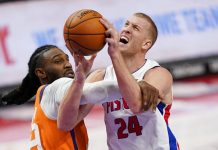 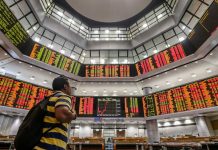 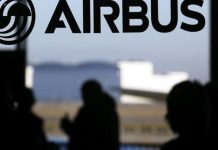 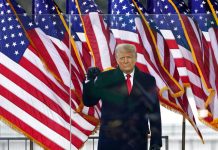 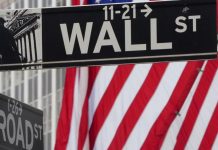 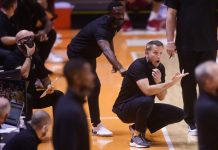 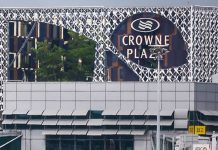