RIYADH: The long queues at King Khalid International Airport were a sign of things to come, but not in the way anyone entering the Saudi capital on Feb. 26, 2020 could have imagined.

All eyes were on the Saudi Cup, a two-day festival of international racing that promised to be memorable in so many ways.

And the next few days did prove to be historic. Female jockeys on podiums stole the limelight on the first day, while record-breaking prize money was shared across the second.

The event, sadly, also acted as full stop for life as we know it.

Within days, the coronavirus pandemic had spread globally, bringing all sporting activities to a halt by the middle of March. Masks and lockdowns became the norm. Busy airports were suddenly empty as countries closed their borders for an indefinite period.

Now, one year on, the coronavirus pandemic is still headline news, but for better or worse, the world is learning to live with it — especially when it comes to sporting events.

In just over a month, Saudi Arabia is planning to stage its second Saudi Cup, but far from being limited by the crises of 2020, the organizers have even bigger ambitions this time.

The event’s second edition will again be held at Riyadh’s King Abdul Aziz Racecourse on Friday and Saturday, Feb. 19-20, and will feature some of the world’s leading racehorses and jockeys.

The 2020 Saudi Cup had already surpassed the Dubai World Cup as the richest in racing, with 64 international runners representing 10 countries, including Saudi Arabia, competing for total prize money of $29.2 million.

This time around the numbers are even more impressive.

The showpiece Saudi Cup on its own will once again command $20 million — as it did last year — with the 16-race, two-day event worth a $30.5 million in total.

Seven female and male riders will line up for the International Jockeys Challenge on Feb. 19. Last year, the event proved memorable as women jockeys were allowed to race competitively, and win, in the Kingdom for the first time.

The first International Jockeys Challenge of the day, run over 1,400m (7f), saw Lisa Allpress of New Zealand, riding Matmon, ride to victory and a place in the history books.

“I honestly came here with an open mind,” Allpress said.

“We’ve been well looked after,” she added, playing down her newly bestowed status as Saudi Arabia’s first-ever female winner. “I had no expectations. I decided to come with an open mind and just enjoy it.”

Allpress wasn’t the only one woman jockey enjoying the day, though, ultimately, results meant that veteran American Mike Smith won the overall challenge with 33 points.

In the fourth and final Jockeys Challenge race of the day, Swiss rider Sibylle Vogt, riding, Sabeq’hom, came home ahead of Emma-Jane Wilson on Alshatherwan in second, with the legendary Frankie Dettori on Sha’erah in third.

A delighted Vogt reminded the world’s media that she had already won over 90 races in her career at that point, and that she sees herself simply as a jockey and not as “female jockey,” before ending with perhaps the quote of the weekend.

“My idol is Frankie Dettori and I’m so happy he was behind me,” she said.

While the International Jockeys Challenge will again set the tone for the weekend, it is the Saudi Cup, this year on Feb. 20, that will have the eyes of racing fans around the world turning to Riyadh.

Last year, Maximum Security made history on Feb. 29 in front of a watching King Salman as the first winner of the Saudi Cup, taking home the $10 million first prize.

The Jason Servis-trained four-year-old favorite, with Luis Saez in the saddle, stormed to a victory that many had predicted, with Midnight Bisou in second collecting $3.5 million, and third-placed Godolphin’s Benbatl claiming $2 million.

Almost exactly a year on, the staging of the race will signal that sporting activities are back on track in Saudi Arabia.

The new year has kicked off with the Dakar Rally crossing the desert terrain of the Kingdom, and the coming months promise more high-profile football and golfing competitions before the inaugural Saudi Arabian Formula One Grand Prix comes to Jeddah on Nov. 5.

Another successful Saudi Cup will show that while the coronavirus is yet to be defeated, sporting events in the Middle East and around the world are at least learning to overcome its obstacles — and that Saudi Arabia is open for business. 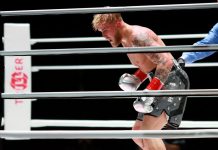 ‘If not now, then when?’ – England star Jonny Bairstow understands rotation policy after being rested for first two India Tests 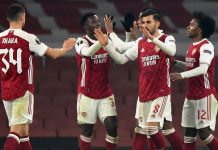 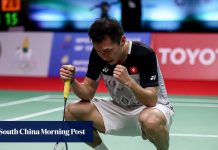 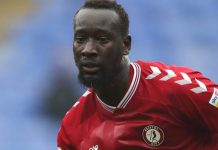 Hiring and firing is the Eddie Jones way but at what cost to English rugby? 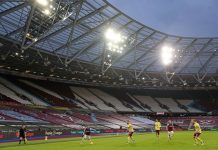 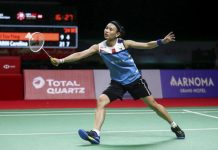 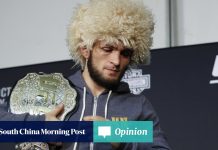 UFC 257: Khabib Nurmagomedov is walking away because there is no one left to beat