RIYADH: Saudi Arabia is launching a global electronic platform for dates as a way to introduce international investors to the different types of the fruit being produced in the country.
The Kingdom is one of the most important date-producing nations in the world, accounting for 17 percent of global output.
Dr. Mohammed Al-Nuwairan, CEO of the National Center for Palm and Dates (NCPD), said the platform would be launched before the end of the year and that it would be in four languages: Arabic, English, Indonesian and German.
He explained that the platform’s goal was to enhance marketing, as well as to provide investors and buyers with product choice and information about dates including their type and origin.

The Kingdom has over 31 million palm trees and produces more than 1.5 million tons of the fruit every year.

“We are working with the Ministry of Environment, Water and Agriculture, and the National Center for Palms and Dates to facilitate export procedures and open up marketing sales outlets outside the Kingdom to deliver Saudi dates to all countries of the world.”
He said that efforts were being made to market Saudi dates overseas and to raise date exports by taking part in events, international exhibitions, bilateral meetings, and an export empowerment program with the aim of opening new marketing outlets.
Research and marketing studies had been presented to target countries in order to classify dates as a high-quality fruit, he added, contributing to increased demand.
Efforts were also being made to work with companies that developed products from dates — powder, jam, liquid sugar, yeast, juice, dough, molasses, medicinal alcohol, and vinegar ­— by seeking and stimulating private sector engagement.

The NCPD was working to raise the efficiency of services and strengthen supply chains in the sector through programs that targeted farmers and producers of dates.

It was encouraging the private sector to invest in collection centers and post-harvest services, he said, and four service centers had been approved recently that would lead to an infrastructure boosting e-commerce.

Al-Nuwairan said the NCPD was working with Saudi government agencies to encourage people to pay Zakat Al-Fitr, a form of almsgiving or tax given at the end of Ramadan, in the form of dates instead of the current main alternative of rice.

According to figures from the UN Food and Agriculture Organization (FAO), date palm production covers an area of more than a million hectares globally and total production is 8.5 million tons.

In December the FAO approved the Kingdom’s campaign to declare 2027 as the International Year of Dates. 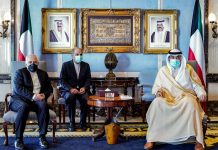 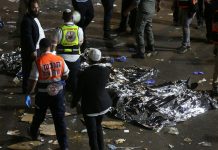 Deadly crowd crush in Israel: what we know so far 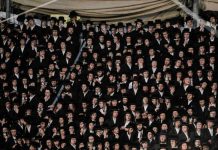 Many Dead in Stampede at Israel Religious Celebration 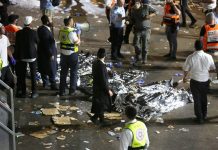 Dozens killed in stampede at sage’s grave in Israel

Dozens killed in crush at religious festival in Israel 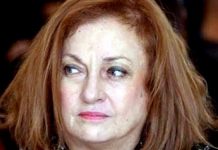 Female judges take on the banks in Lebanon 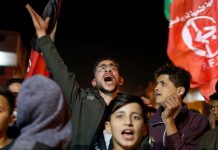 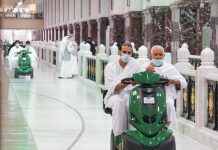 Saudi Hajj Ministry: Our solutions are smart and aim to enrich pilgrims’ experience