KUALA LUMPUR, Dec 7 — Former prime minister Tun Dr Mahathir Mohamad is hoping that many young Malaysians will buy and read his newest book due to be out in bookstores this Sunday.

In a teaser today, the 96-year-old said the book titled Capturing Hope: The Struggle Continues For A New Malaysia, will contain his version of the events that led to the abrupt shake-up and collapse of the Pakatan Harapan (PH) government he led in the aftermath of the landmark Election 2018.

He expressed hope that his account of what has been dubbed the “Sheraton Move” will inspire future generations on the devastating effect of corruption and galvanise them into action to build a corruption-free government.

“I think somebody needs to speak up. Usually, the news, even on the alternative media, is not so correct. So, having gone through this personally, I felt I had to write down all these things that have happened in a book so that people can read.

“Of course they can follow me on my blog, but that is not adequate. I have to explain things, and I find that writing a book would help me explain what’s happening to the country and the need for us to do something about getting rid of corrupt leaders,” he said in a virtual discussion with reporters to discuss his upcoming book.

The former two-time prime minister said that since Tan Sri Muhyiddin Yassin and other party hoppers took over the government from PH, the corruption index in the country has gone back up.

“Corruption has come back, the index has gone back up to the previous level, and we find simple things like people wanting to see a minister, they have to pay RM100,000.

See also  US downgrade is only about CAA’s role as regulator, says agency chief

“Of course the person wasn’t asked to pay, but he was asked to give RM100,000, then he can ask for an appointment with a big shot,” he claimed.

He said that these showed the depth and breadth of corruption in the country and would make potential investors hesitant to invest in Malaysia.

He claimed that the country’s development has fallen behind its neighbours who are attracting massive investments due to their corruption-free politics.

“These kinds of happenings make people hesitant to invest in Malaysia because of the corruption, and indeed we are left behind by our neighbours, who are attracting big investments.

“So Malaysia is down at the bottom so far as investors are concerned. They would rather go to other Asean countries rather than Malaysia,” he said.

Dr Mahathir said that it is of the utmost importance that the government be returned to those elected by the people.

“This is not really democracy, although there is something in democracy that prevents them from doing this, but it is not in keeping with the spirit of democracy. We must go back to being elected by the people, and after that, no hopping from one party to another,” he said.

Dr Mahathir’s memoir will be released on December 12. 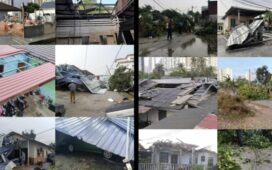 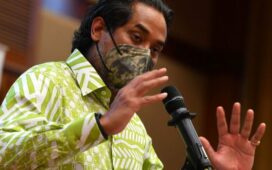 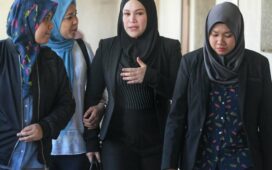