Plainclothes police arrested four high school students and a middle-aged man in To Kwa Wan at around 7am this morning after the teenagers allegedly blocked traffic with road cones and attempted to spray-paint passing buses in an apparent impromptu protest.

The three boys, aged 15, and one girl, 14, who were arrested were reportedly among about eight students who took part in the action.

In a police press conference this afternoon, Hung Hom Division Commander Alan Chung said officers allegedly found a stick in one of the boys’ belongings similar to a police baton. Police are currently investigating how he obtained it.

He added that 47-year-old man was arrested after he allegedly approached a female officer who was subduing the young girl and attacked her in an attempt to help the student flee. Police are investigating whether the man was related to the young protesters.

A widely circulated photo showing the female officer sitting on the back of the student and pinning her to the ground drew an outcry online. When asked at the press conference whether the officer had used excessive force, Zhong maintained that the police had employed the least amount of force necessary to handle the situation.

“The moment that photo was taken was precisely when the female officer was able to subdue the protester,” he said. “Shortly after, she was put in handcuffs without any hassle.”

Zhong added that the plainclothes officers had identified themselves as police before apprehending the students.

The four students were arrested on suspicion of public disobedience, property damage, and possession of weapons, while the 47-year-old man was arrested for assaulting and obstructing a police officer.

The five are currently detained at the Hung Hom police station while the case is investigated further. 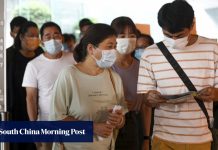 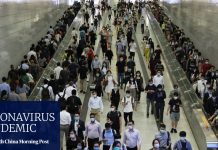 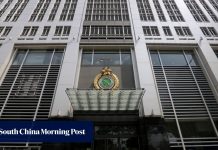 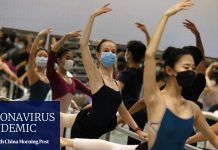 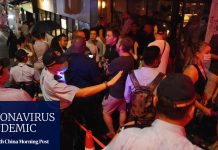 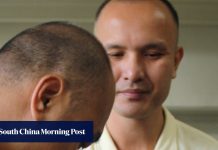 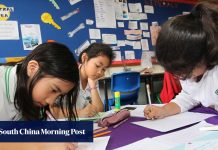