A team of archaeologists say they have found what could be the portrait of a king carved into stone at the foot of a huge prehistoric pyramid in northwest China.

They made the find at the 4,200-year-old Shimao pyramid in Shenmu, Shaanxi province. At more than 70 metres, Shimao is about half the height of the Giza pyramids that were built around the same time in Egypt.

But unlike other ancient pyramid structures, which mostly served religious purposes, Shimao had a practical use: at the top of it stood a palace spanning more than 80,000 sq metres – about the size of 10 soccer fields. 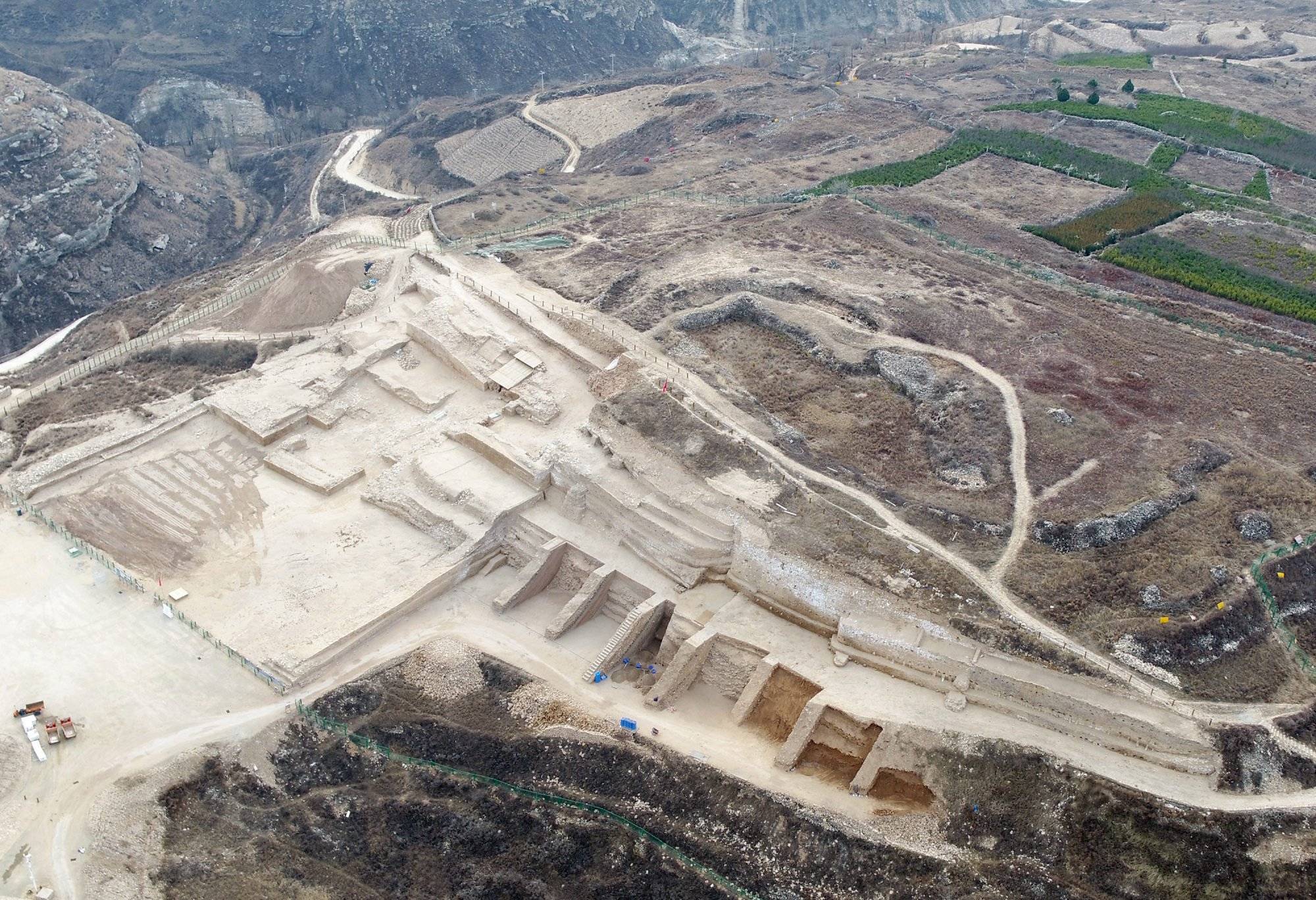 Archaeologists have uncovered complex structures in the palace including a garden pool where crocodiles were kept.

It overlooked a vast walled city – 50 times bigger than the palace – with courtyards, streets and public squares all built with stone.

DNA analysis suggests that most residents of this metropolis were Chinese, however the identity of its ruling class remains a mystery since the ancient civilisation appears to have vanished suddenly 3,800 years ago and there are no known mentions of it in any historical texts.

But Professor Shao Jing, deputy lead archaeologist of the Shimao excavation team, told state news agency Xinhua on Monday that they had recently uncovered some of the largest sculptures at the site so far – and one could be the portrait of a king.

It is part of a two-metre stone sculpture comprising three faces, two of which have been completely unearthed. They are adorned with earrings, their expressions are solemn, they have slightly protruding eyes and wide mouths with their teeth visible, according to Shao.

See also  Failure to defend Taiwan would be ‘catastrophic’ for peace in Asia, Tsai Ing-wen says 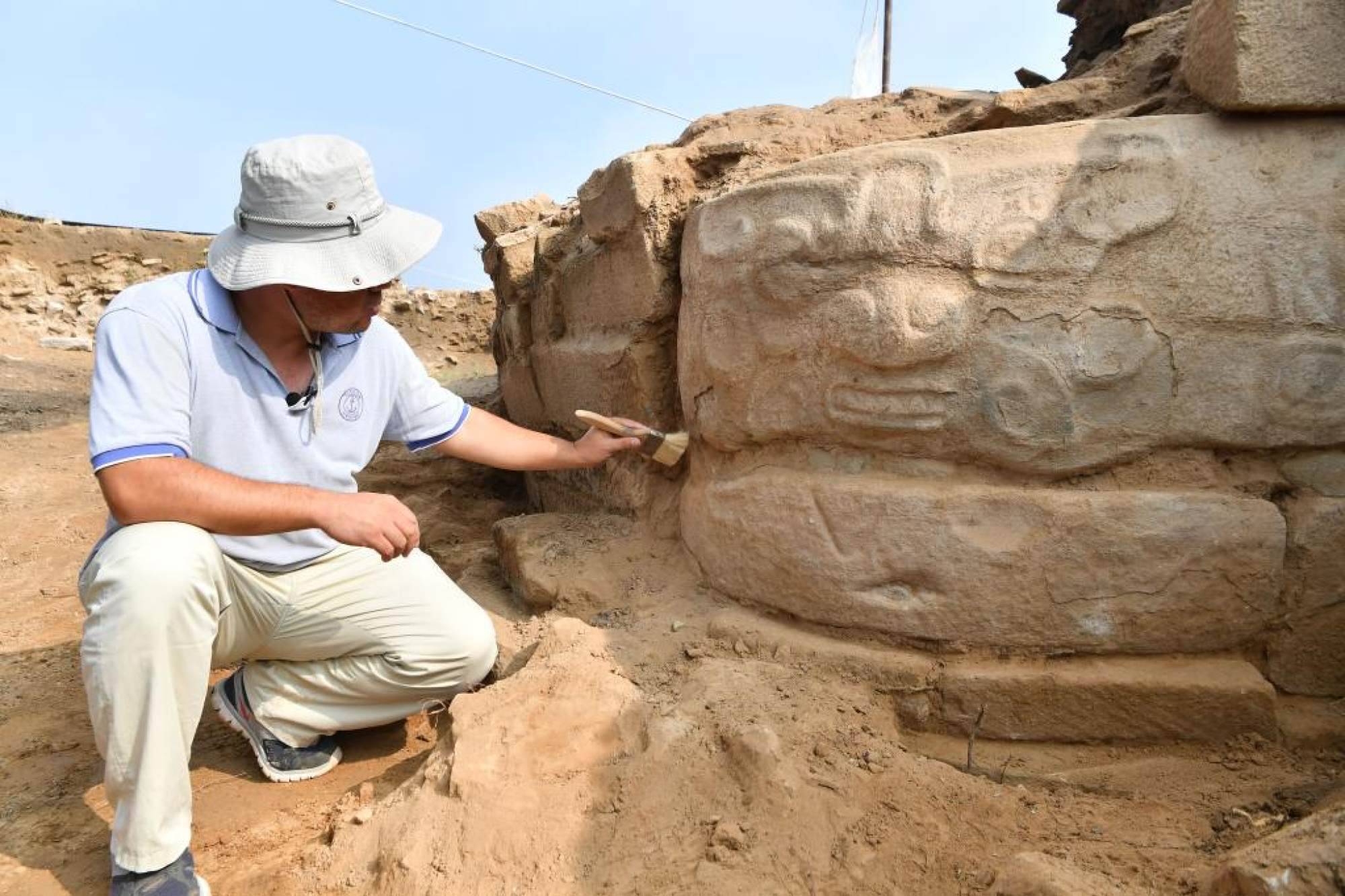 “The face on the west side is about 80cm long and 50cm high with a crown on its head. It is the largest single image in the Shimao stone carvings,” the report said.

However, Shao and the team believe that it is the other portrait with “arc patterns on the outside of the eyes” that represents a king.

“The eastern face that has been unearthed appears to be in the centre of the whole group … and may be the image of the king of the Shimao ancestors,” Shao, from the Shaanxi Academy of Archaeology, was quoted as saying.

In recent years, more than 70 stone carvings have been discovered at the foot of the pyramid, including human faces, mythical beasts and animals.

Archaeologists believe these stone carvings – some of them still attached to the pyramid walls – are most likely related to the Shimao people’s spiritual beliefs, and that they might have hoped to protect the palace with images of kings and nobles, according to the report.

Professor Sun Zhouyong, lead archaeologist of the Shimao team, told the official China Youth Daily in July that the Shimao pyramid – built before the founding of the Xia dynasty (2070-1600 BC), the first in ancient China – could have a connection to other extinct civilisations from around the globe.

The site has previously been mistaken as ruins from the Tang (618-907 AD) or even Ming (1368-1644 AD) dynasties due to its scale, but scientific dating suggests it is much older.

“The ruins include early stone structures that are rarely found in China, city walls still standing … a towering platform for the imperial palace,” Sun, who is also with the Shaanxi academy, was quoted as saying.

“These have a lot in common with the Mohenjo-Daro city belonging to the Harappan culture in the Indus Valley [in what is now Pakistan], and the city of Ur in Mesopotamia [in present-day Iraq] around the same time.” 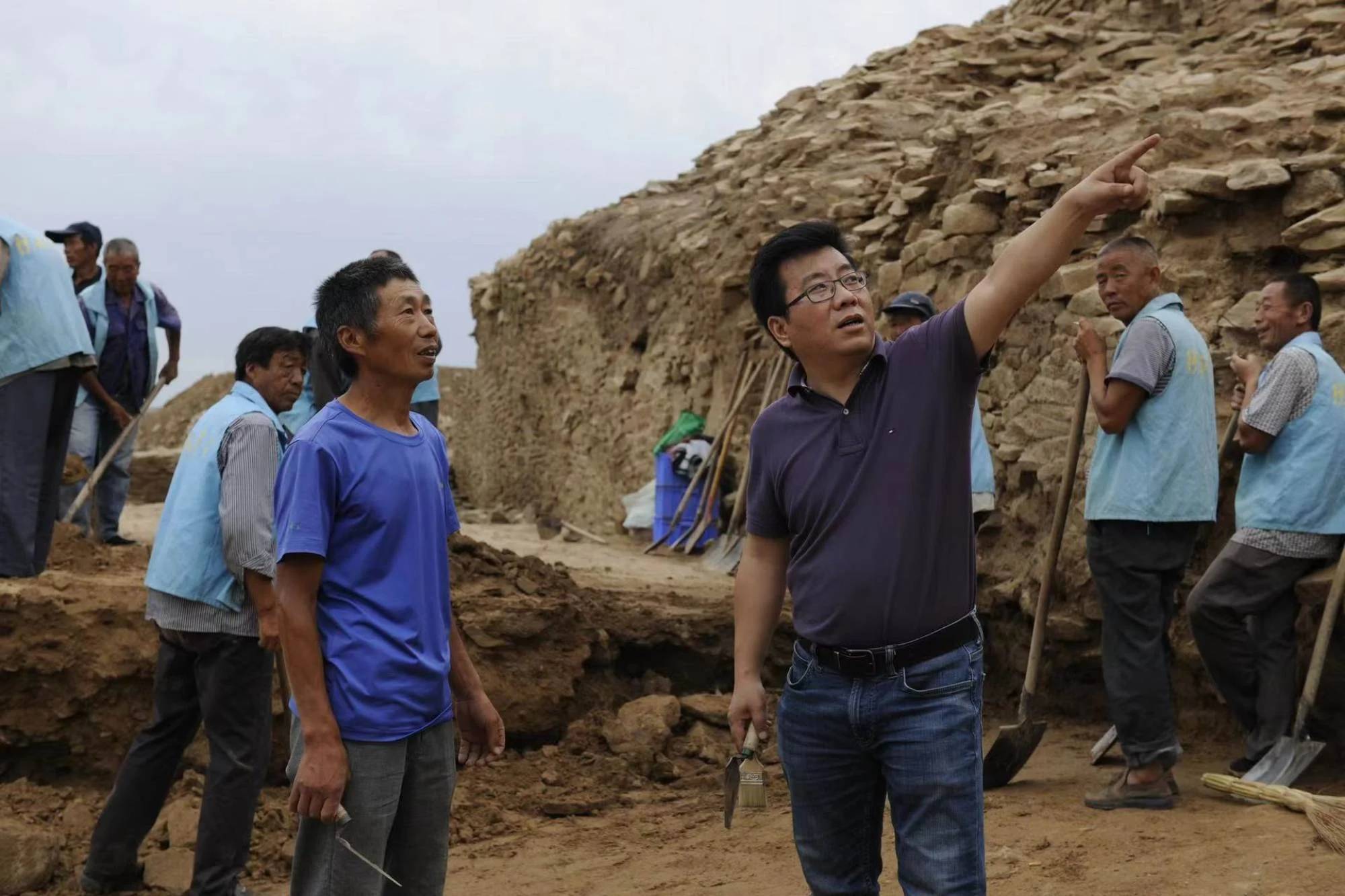 He said artefacts found at the site – such as jade and musical instruments also seen in more than 100 other places around the world – suggest there could have been frequent exchanges with other cultures or civilisations.

“There could have been an effective communication network among elites in the ancient world more than 4,000 years ago,” Sun added.

Back then, conditions around the Shimao site – including vegetation and hydrology – were better than they are now, with the groundwater level at least 20 metres higher than at present, Chinese researchers have found. 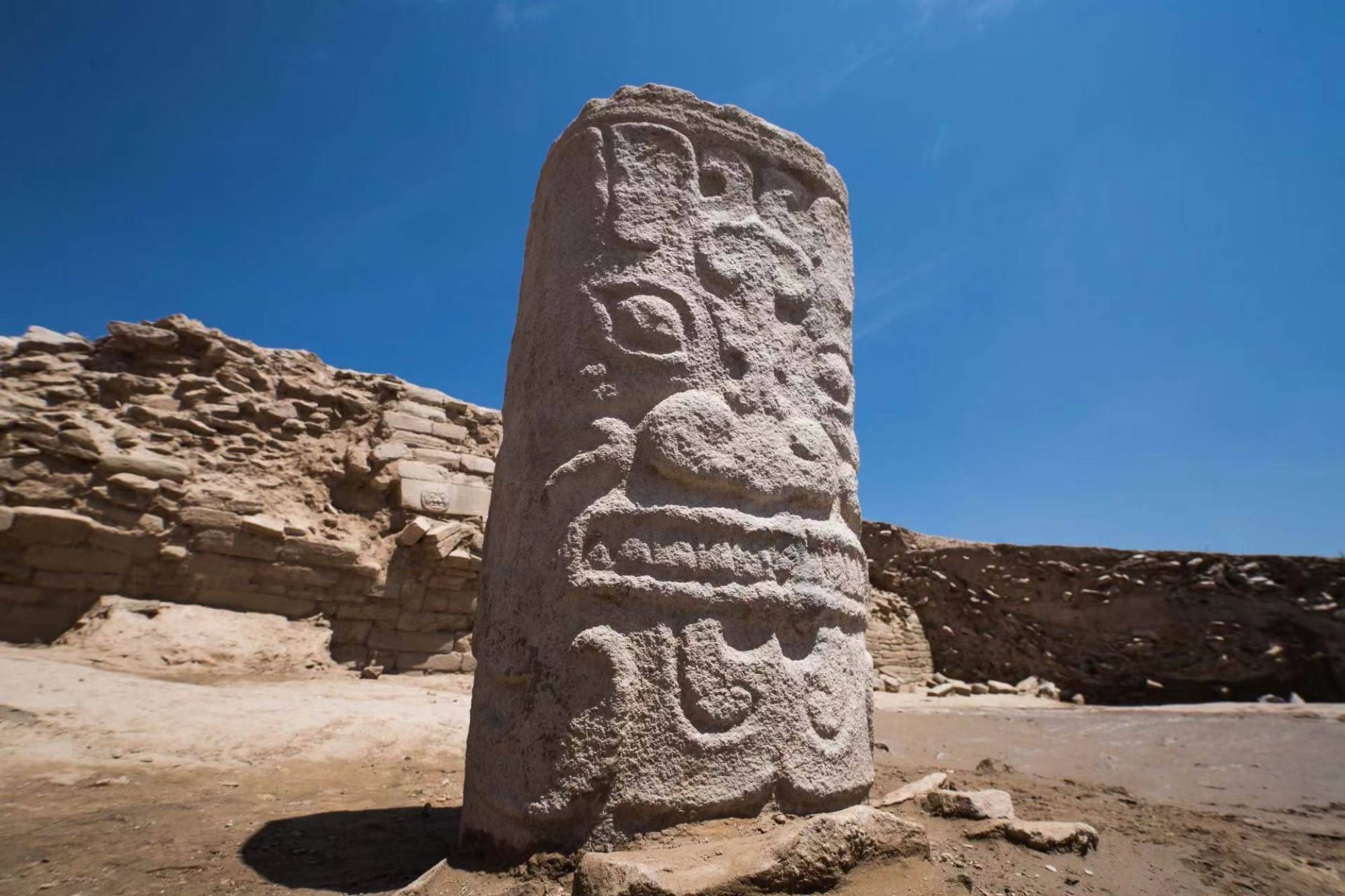 Sun said the imperial palace was “impregnable”, with a stone foundation. “The kings and nobles of Shimao lived in a space of nearly 80,000 sq metres on top of that platform,” Sun said, adding there was a huge number of stone carvings around the palace buildings and pillars similar to totem poles that remained standing. 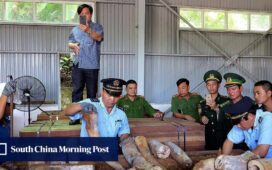