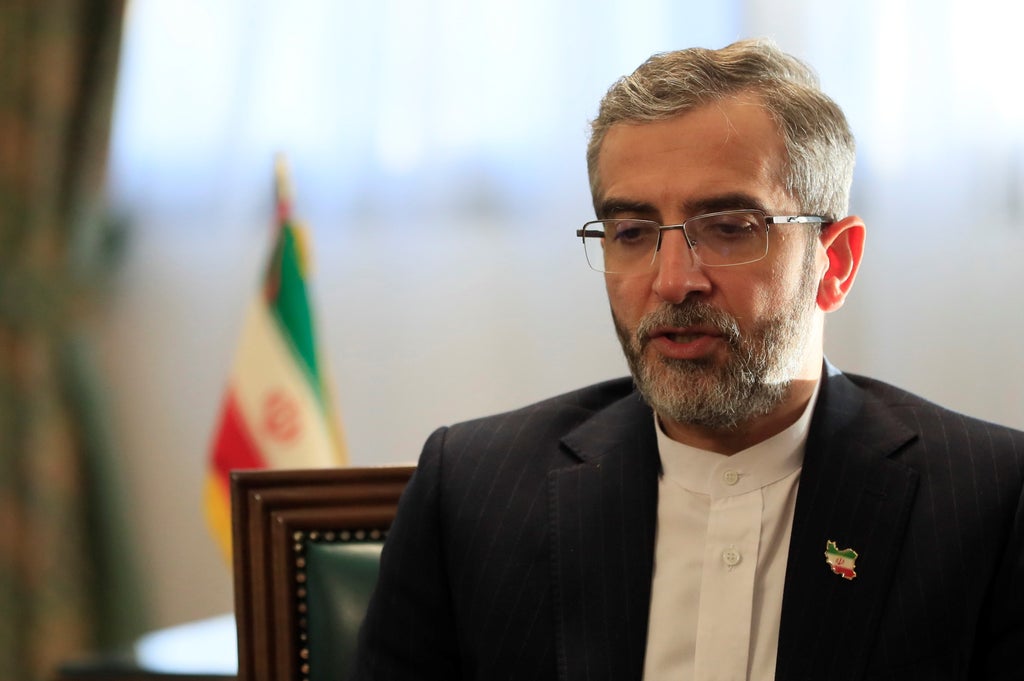 The first talks due to be held by Iran’s new hardline government with international powers over the country’s nuclear programme will fail unless the US agrees to a key set of conditions, Tehran’s chief negotiator has warned.

The main objective of the negotiations in Vienna are that the Biden administration rejoins the landmark deal which Donald Trump had unilaterally abandoned while imposing punitive sanctions on Iran.

But Ali Bagheri Kani stressed that any progress on that front must be preceded by the scrapping of all American sanctions, and a guarantee that a future administration in Washington will not once again renege on the agreement as Mr Trump had done.

Speaking to The Independent with the talks on the JCPOA (Joint Comprehensive Plan of Action) due to resume in Vienna on Monday, Mr Bagheri Kani, also complained that the Biden administration was repeating some of the mistakes of its predecessor and continuing with the “failed policy” of “maximum pressure” on Tehran, which has caused “ political bewilderment”.

The warning from Mr Bagheri Kani, who is also a Deputy Foreign Minister, came at a time of rising uncertainty and alarm over Iran’s nuclear programme. The head of the IAEA (International Atomic Energy Agency) reported on Wednesday that talks held in Tehran had failed in getting suspended access to the nuclear sites for UN Inspectors.

Rafael Grossi, the Director General of the IAEA, said the lack of access was posing severe problems for verifying what was taking place and may endanger the survival of the JCPOA.

He added that the agency was “close to the point when I will not be able to guarantee continuity of knowledge”. It was imperative, he wanted to stress, that “we must reach an agreement: We must do it”.

The meeting in Vienna follows the election of the conservative Ebrahim Raisi last summer in the Iranian Presidential election, which was followed by a pause in the talks which had been going on between Tehran and the other signatory states – Britain, France, Germany, Russia and China – which have stuck with the agreement signed after long and exhaustive efforts in 2015.

There is widespread recognition among other signatory states that the JCPOA will not properly function unless the US rejoins the deal. An American team will be at the Austrian capital, but will not meet the Iranians, with messages being passed through the other delegations.

But, Mr Bagheri Kani told The Independent: “The removal of all JCPOA related sanctions such as the sanctions imposed within the framework of ‘maximum pressure’ campaign is the necessary condition for success of the negotiations”.

“Demanding guarantees from the other party not to exit the deal, not to impose and enforce new sanctions, and not to reinstate and reapply the previous sanctions is aimed at neutralising the possibility that political chaos in the United States could have an impact on its international behaviour.”

Senior diplomats say the Americans are prepared to drop some of the sanctions.

The Biden administration, it is believed, would consider stating that it would not leave the JCPOA if it rejoined. But it is incapable, under the constitution, of putting such strictures on future administrations.

Mr Trump’s defeat in the US Presidential election appeared to promise the rebirth of the nuclear agreement, with the Biden team laying out the prospect of Washington getting back to it in the first year and even expanding it to something “longer and stronger” and include other issues relating to Iran.

There was said to be a possible preliminary agreement on the terms future negotiations between Washington and Tehran when the talks adjourned five months ago.

But little has moved forward since then with no further talks and the bulk of the US sanctions staying in place. The plummeting popularity of Mr Biden and recent Democrat defeats in American elections, including a crushing loss in Virginia, has raised Iranian concerns that Republicans may win the 2024 Presidential election with the possibility of Mr Trump returning to the White House.

“President Biden needs to remove the sanctions in order to relieve himself of what we see as political bewilderment and the pursuit of failed and inhumane policies of the Trump administration.”

While failing to advance talks on the nuclear issue, the Biden’s administration’s actions on another major foreign policy concern, retreating from Afghanistan, had damaged its credibility in the Middle East and helped Iran’s relations with countries in the region, Mr Bagheri Kani maintained.

“The US escape from Afghanistan demonstrated yet another instance where the United States is not a reliable partner for anyone. We are in close, constant and intense dialogue with countries of the region”, he said.

Relations between Iran and Britain had been affected by the continuing detention of Nazanin Zaghari-Ratcliffe, a British Iranian national, in Iran.

It is believed that what happens next in the case will depend on the issue of $400 million the UK owes to Iran over a deal for 1,500 battle tanks in the mid 70s.The vast majority of the Chieftains were not delivered after the Shah was overthrown and an Islamic Republic established in Iran.

The British government has lost a series of legal actions, including international arbitration in the Hague, over the money owed, but has yet to pay Iran and has refused to say why the payment has not been made.

Government officials have previously held that paying the debt would breach European Union and US sanctions on Iran. But the UK is no longer a part of the European Union and Washington had stated that it would be the “sovereign decision” of the UK on what it does with the money.

“The British government should pay its debt in full, problems regarding the payment of this debt is the UK government’s business.” Mr Bagheri Kani said.

The Iranian negotiator had met British officials and the Foreign Office minister, James Cleverly, to discuss the nuclear deal as well as Ms Zaghari-Ratcliffe’s incarceration on a visit to London earlier this month.

Mr Bagheri Kani had also visited a number of other European capitals to talk about the JCPOA. Tehran holds that the European signatories to the deal have not done enough to defend it against US sanctions.

“Europeans should make amends for their non-compliance regarding the JCPOA through implementing practical steps to remove the sanctions. We measure the stances of other countries considering our own interests; and their contact and interaction with the United States is not a matter of discussion for us. A country that has a seat at a negotiating table must be able to pursue independent policies, otherwise why should it be at the table?” he asked.

Nothing can stop Iran’s World Cup heroes. Except war, of course… 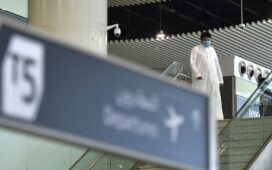 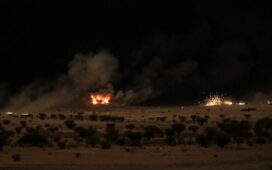 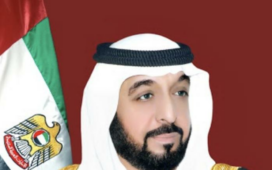 UAE orders release of 870 prisoners ahead of National Day 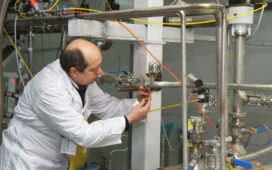 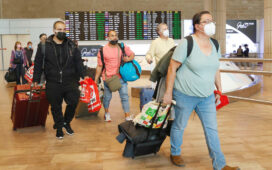 Israel to ban entry of foreigners from all countries over omicron 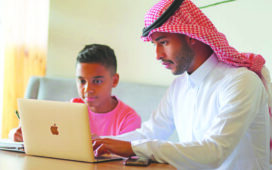 What do parents in Saudi Arabia really think about distance learning?