SDP chairman Paul Tambyah likened the move to a ban on freedom of speech in an exchange of e-mails with Google that his party made public on Tuesday (Dec 3).

The e-mails followed an attempt by the SDP to purchase some ads on Google’s platforms, and when this failed, Dr Tambyah wrote to the Internet giant, the SDP said in a statement.

However, Google said it did not receive any political ads from the party.

Google, which recently moved to restrict certain types of targeted political ads around the world, told Dr Tambyah in an e-mail that it had decided to stop accepting political ads in Singapore which are regulated by the Code of Practice for Transparency of Online Political Advertisements.

The code, issued under the Protection from Online Falsehoods and Manipulation Act (Pofma), sets out the obligations of digital advertising companies to verify the identity and location of advertisers, among other things.

In his response to Dr Tambyah, Mr Ted Osius, who oversees Google’s public policy and government relations for the Asia-Pacific region, said the company supports political ads that are consistent with the company’s policies.

“However, in the case of Singapore, we decided we will not accept advertising regulated by the Code of Practice for Transparency of Online Political Advertisements,” he wrote in the e-mail that the SDP released.

“This was not an easy decision to make as Google is committed to delivering useful and relevant election-related information to users around the world.”

He added that Google had made similar decisions elsewhere, such as in Canada and Taiwan.

In his e-mail to Google, Dr Tambyah said SDP was highly dependent on social media and the Internet to get its message across to people.

He called on the company to reverse its “alarming” and “draconian” policy to ensure that voters are not deprived of information in the run-up to the coming election.

“As you may know, the mainstream media in Singapore are severely constrained in what they can report or discuss,” he said.

“Furthermore, in an election with the media totally dominated by the state, alternative parties would have no ability to educate and inform the voters of Singapore in the run up to the elections if we are not able to use Google’s advertising platforms in the first place.”

This action was even more incomprehensible, Dr Tambyah said, given that Google had invited SDP to its office to explain the company’s services.

Asked for comments on the issue, Mr Osius told The Straits Times on Wednesday: “We will continue to look into how we can support democratic processes around the world, including in Singapore. We have been focused on supporting Singaporeans through media literacy and connecting people to useful information.”

While the Code of Practice for Transparency of Online Political Advertisements does not ban political ads, it requires that digital advertising intermediaries make available disclosure notices that state the identity of the advertisers.

The intermediaries must also maintain records of all such ads including the amount or range of amount paid by the advertisers, the demographics of audiences targeted by the ad and other information.

Under Google’s updated political advertising policy for Singapore, all ads defined as political ads under the code are banned.

These are ads that promote the interests of a political party, and ads that influence or seek to influence the outcome of an election in Singapore and public opinion on matters such as race and religion, among other things. 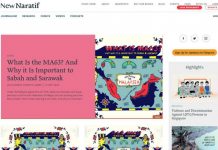 New Naratif says ELD's police report against it is harassment against Govt's critics, abuse of law 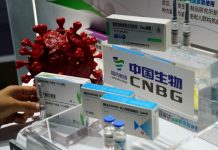 Welcome to the era of vaccine diplomacy 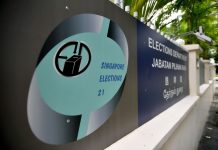 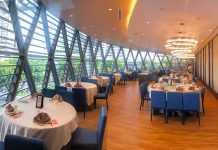 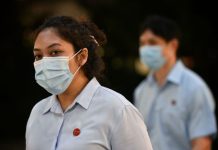 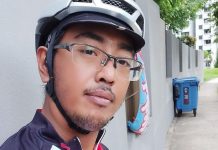