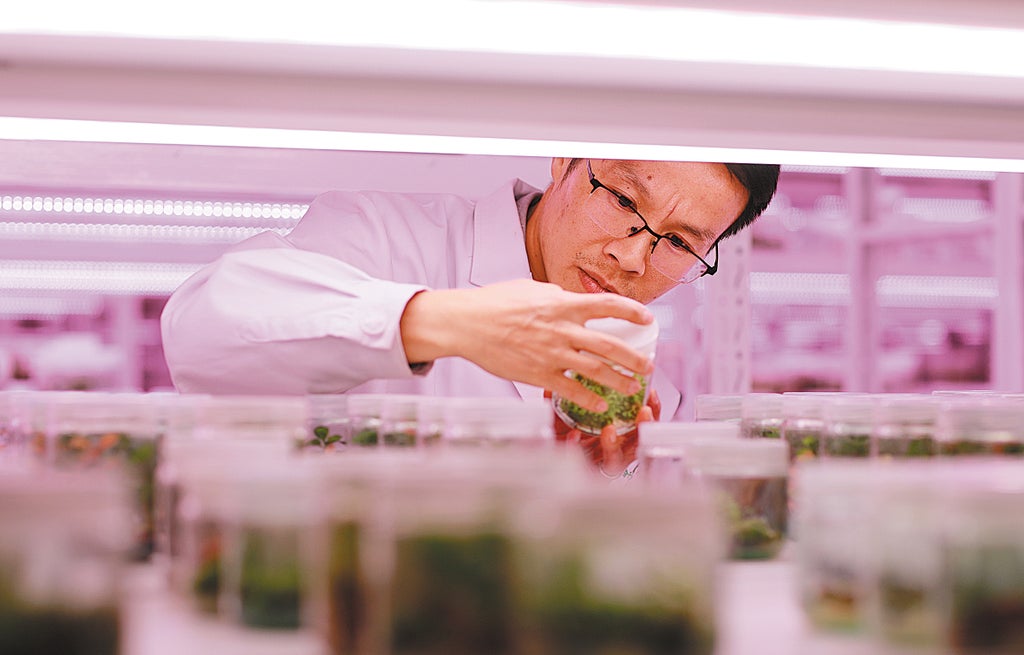 Preserving plant seeds and other genetic material warrants investment of hundreds of millions of dollars, as it provides a lifeline for the future, scientists say.

“If the world ends one day, these collections will bring hope of a new beginning to life on Earth,” said Li Pei, a staff member at the Germplasm Bank of Wild Species, or GBOWS, in Yunnan province.

The rapid loss of biodiversity and germplasm resources is the main reason for the establishment of seed banks. There are now more than 1,750 such banks globally, according to the United Nations Food and Agriculture Organisation.

GBOWS, founded in 2007, is a research and preservation facility for rare and endangered plants and animals. It is the only comprehensive institution of its kind for storing wild plant and animal germplasm resources in China and is the largest in Asia in terms of species, Li said.

Affiliated to the Kunming Institute of Botany, which is responsible to the Chinese Academy of Sciences, GBOWS comprises a seed bank, a micropropagation unit, a plant DNA bank, a microbial bank based at Yunnan University, and an animal germplasm bank at the Kunming Institute of Zoology. It also boasts experimental research laboratories for plant genomics and seed biology.

Yu Fuqiang, deputy director of the germplasm bank, said, “The bank functions as a bio dome that protects wild organisms, especially those endangered species or species with high economic and scientific value, from extinction.”

See also  Is Nigeria vs Egypt on TV today? Kick-off time, channel and how to watch Africa Cup of Nations fixture

In China, areas rich in biodiversity range from the dry northwest to the tropical and subtropical south. The remote mountainous areas and diverse microclimates have resulted in high levels of endemism, the condition of being endemic, or restricted in geographical distribution to an area or region.

The seed bank has preserved 36 per cent of the seed plants in China, Li Pei said. With two in five plant species at risk of extinction, she said, it is a race against time to protect the country’s incredible plant life.

“We store seeds that are collected in the wild so that we can germinate and reintroduce these plants to the wild or use them for scientific research in finding our future food and medicines, and for other functions,” Li said.

For example, the seeds of Silene stenophylla, a plant species in the carpetweeds family, can maintain their viability for up to 32,000 years.

Collecting seeds is the first step of preservation, and GBOWS works on this with national partners who receive regular training from the seed bank.

Apart from seeds, collectors take specimens for verification. They record details of the plant, including where it was found, its size and the number of individual plants in the habitat. After arriving at the bank the seeds undergo a series of processes before they can be stored long-term.

In addition to working with 105 research institutes and preservation centres nationwide, the seed bank works with international partners, including Kew Gardens in the UK, on collecting backup specimens, exchanges and research. It holds 2,176 sets of seeds from 45 countries, with each set containing thousands of individual seeds.