Cruz, the Republican senator from Texas, sparked outrage on Thursday for flying from Houston to Cancun, Mexico, for a family vacation even as millions of his fellow Texans froze because of a huge winter storm and widespread power outages.

Thousands of Twitter posts blasted Cruz for the ill-timed jaunt after photos circulated online of him at a Houston airport and then onboard a plane Wednesday afternoon. The Texas Democratic Party, among others, demanded that Cruz resign from the Senate.

U.S. Senator Ted Cruz (R-TX) carries his luggage at the Cancun International Airport before boarding his plane back to the U.S., in Cancun, Mexico February 18, 2021.

After hours of the senator’s staff refusing to confirm his whereabouts, Cruz finally copped to being in Cancun, where temperatures were in the mid-80s.

He said that his two daughters, who are 12 and 10 years old, had asked him and his wife to take them to Mexico after the Cruz family themselves lost electrical power.

Cruz then got on a flight by himself Thursday afternoon and flew back to Houston, where the temperatures were just above freezing.

He arrived there hours later, and then headed to Customs with a police escort after deboarding the plane.

“Texas is going through horrific storms and millions of Texans have lost power, lost heat and have been hurt and our family was among them,” Cruz told reporters before boarding the plane home, while wearing a mask with the Texas state flag design.

“We had no heat and no power and yesterday my daughters asked if they could take a trip with some friends and [Cruz’s wife] Heidi and I agreed and I flew down with them last night and dropped them off her, and now I’m headed back to Texas.”

Cruz’s suggestion that he had flown to Mexico only to drop off is family and leave after less than a full day was contradicted by the fact that he booked his return ticket to Texas only at 6 a.m. Thursday, according to a source with knowledge of the situation who spoke to NBC News.

READ  US is split on Trump's removal from office, while top Dems lead him in 2020 race, NBC/WSJ poll finds

That source said Cruz had originally been booked to return from Mexico on Saturday.

Cruz said that when he return to the United States he would “continue to work to get the power back on.”

“What’s happening in Texas is unacceptable and a lot of Texans are hurting,” Cruz said.

U.S. Senator Ted Cruz (R-TX) speaks to the media at the Cancun International Airport before boarding his plane back to the U.S., in Cancun, Mexico February 18, 2021.

Cruz arrived at the Cancun airport with a man wearing a polo shirt that indicated he was an employee of the Ritz-Carlton Hotel in Cancun.

That man accompanied Cruz as he headed to his departure gate.

The Ritz-Carlton’s website notes that it is “a five-star, oceanfront retreat in the heart of Cancun.”

“Immerse yourself with sensorial experiences that range from cooking lessons to mixology classes by the pool. This five-star hotel also offers celebrated dining, indigenous spa rituals and a 27,000-sq-ft conference center.”

“Soak up the sun on the best beach in Mexico,” the site says. Rooms for four at the hotel cost at least $410 per night, according to its reservation system.

Two days before the trip, Cruz retweeted a post from the Federal Emergency Management Agency that said, “Are you looking for a place to stay warm during this freezing weather?” The post contained links for warming centers in Texas.

A source close to Cruz said that the senator, following federal health guidelines, took a Covid-19 test and received a negative result before his planned flight back to the United States.

In a statement before he departed home, Cruz said, “My staff and I are in constant communication with state and local leaders to get to the bottom of what happened in Texas.”

“We want our power back, our water on, and our homes warm. My team and I will continue using all our resources to keep Texans informed and safe.”

READ  26 amazing deals from Anthropologie's biggest sale of they year

A Houston Police Department spokesman told NBC News that Cruz’s staff asked the department on Wednesday afternoon to assist Cruz in his arrival and movements through George Bush Intercontinental Airport, where there was a scheduled flight at 4:44 p.m. local time to Cancun.

The Dallas Morning News reported that the mask seen on the senator that day was the same one Cruz wore during last month’s inauguration of President Joe Biden, and during last week’s Senate impeachment trial of former President Donald Trump.

The mask has the image of a black cannon and the words “‘Come and Take It,’ a design reminiscent of flags used by Texans during the 1835 revolution against Mexico – a provocative choice, given the destination,” the newspaper noted.

The Texas Democratic Party castigated Cruz in a statement demanding he resign his seat or be expelled from the Senate.

“In the middle of one of the worst crises in Texas history, Texas Republican Senator Ted Cruz jetted off to Cancun, Mexico. His constituents in Texas remain trapped in the cold, without clean water, heat, or warm food. 37 of them have died,” the party said in a statement.

“This is what we’ve come to expect from Texas Republican leadership. They are self-serving, inept, corrupt politicians who think that being in office entitles them to do whatever they want.”

White Houses press secretary Jen Psaki took a sharp crack at Cruz when asked about his trip by reporters at a news conference.

“I don’t have any updates on the exact location of Sen. Ted Cruz, nor does anyone at the White House, but our focus is on working directly with leadership in Texas and the surrounding states on addressing the winter storm and the crisis at hand,” Psaki said.

“We expect that would be the focus of anyone in the state, or surrounding states, who was elected to represent them,” she added.

Former Rep. Beto O’Rourke, a Democrat who lost a close Senate election to Cruz in 2018, during an interview Thursday on MSNBC’s “Morning Joe” noted that Cruz “is vacationing in Cancun right now when people are literally freezing to death in the state that he was elected to represent and serve.”

READ  Company executives expect recovery within a year, and some still see a 'V,' survey shows

Julian Castro, the former San Antonio mayor who served as secretary of the U.S. Housing and Urban Development Department, tweeted, “In crises like these, members of Congress play a critical role connecting their constituents to emergency services and assistance.”

Cruz “should be on the phone with federal agencies, not on a trip to Mexico,” Castro wrote.

On Tuesday, just a day before he flew to Mexico, Cruz was roasted on Twitter and elsewhere for having mocked California’s own power outages months ago.

In response, Cruz tweeted that day, “I got no defense. A blizzard strikes Texas & our state shuts down. Not good.”

In December, Cruz criticized Democratic officials who did not follow their own coronavirus pandemic restrictions, among them Steve Adler, mayor of Austin, Texas, who himself flew to Mexico for his daughter’s wedding in November even as he urged his city’s residents to stay home.

In July, photos showing Cruz without a mask on during an American Airlines flight and at an airport gate were widely reported.

The person who took the photos, who worked for the Democratic Congressional Campaign Committee, noted that American Airlines policy required travelers to wear facial coverings.

Cruz’s spokeswoman claimed at the time that Cruz had temporarily removed his mask to drink coffee.

Trump, while running against Cruz in the 2016 Republican presidential nomination contests, regularly used the scornful nickname “Lyin’ Ted” when talking about him.

That confirmation process was interrupted Jan. 6 by the invasion of the Capitol complex by thousands of supporters of Trump. Five people, including a Capitol police office, died as a result of that riot. 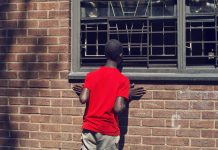 The Book That Should Change How Progressives Talk About Race 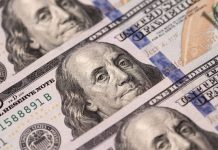 Do not rule out a market panic next month 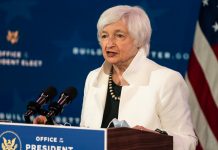 These are the best new cars, trucks, SUVs of 2021, according to Consumer Reports Top Picks 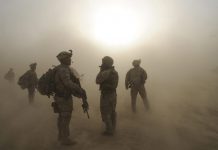