The UN-backed government in Libya has arrested a coastguard commander alleged to be one of the world’s most ruthless human traffickers.

On Wednesday, authorities in Tripoli said Abd al-Rahman Milad, known as Bija, and suspected of being behind the drowning of dozens of people, has been arrested in the Hay-al-Andalus district of the city and is now being detained by Rada special forces.

It is the first time that a senior figure of the Libyan coastguard has been arrested for human trafficking.

A UN security report published in June 2017 described Bija as a facilitator of human trafficking and part of a criminal network operating in Zawiyah, in north-west Libya, about 28 miles west of Tripoli.

Last year, an investigation by the Italian newspaper, Avvenire, documented the presence of Bija in Italy at a series of official meetings in Sicily and Rome in May 2017, prompting criticism of the then interior minister, Marco Minniti.

Three months earlier, Minniti had signed a memorandum with the leader of Libya’s UN-backed government, Fayez al-Sarraj, for cooperation with the Libyan coastguard, which included the provision of four patrol vessels.

The deal empowered the Libyan coastguard to intercept migrant boats at sea and redirect them to Libya, where aid agencies say refugees are abused and tortured.

The alleged trafficker was introduced at the meetings as “a commander of the Libyan coastguard”, Avvenire said. Minniti has denied any wrongdoing, saying Italy was unaware of the allegations of criminal activity against Bija at the time.

In a video interview filmed in the city of Zawiya, aired in October 2019 on the popular Italian television programme Propaganda Live, Bija told investigative journalist Francesca Mannocchi that during his trip to Italy he had been invited to take part in meetings at the “ministry of justice and the ministry of the interior, in Rome”.

When asked if he had met Minniti, Bija said: “I don’t know, maybe.”

Italian journalists Nello Scavo, who first documented Bija’s presence in Italy for Avvenire, and Nancy Porsia, who first wrote about his suspected criminal activities in early 2017, were given police protection last year after allegedly receiving threats from Bija following their inquiries.

“There are several investigations into Bija in Italy,” Scavo told the Guardian. ‘‘But we don’t know if Italy intends to send investigators to Libya to question him, or if they intend to request that he be extradited to our country. Of course, it would be interesting to know what [Bija] would have to say about his relations with the Italian government.”

“These years have not been easy, after the threats from Bija – and what is a real Libyan mafia – against myself, my partner, who is Libyan, and also my son,’’ Nancy Porsia said. ‘‘It was not easy to talk about Bija and his trafficking, with the indifference of many media sources. For a long time, I felt isolated. Now, with this arrest, something is finally happening. However, I believe Bija’s arrest is one of the signs of a settling of scores between the various Libyan factions and militias.”

Bija’s arrest was welcomed among NGOs, which have been denouncing the relationship between human traffickers and the Libyan coastguard for years. But it has sparked clashes between Zawiya militias and Rada forces near Janzour. Zawiya militias are reportedly threatening to turn off power supplies for Tripoli via the Zawiya refinery base unless Bija is released. 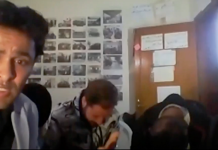 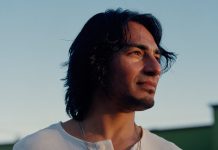 After Honing His Painting Skills as a Soldier, an Artist Finds His Voice 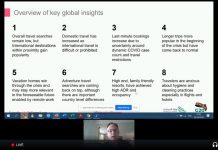 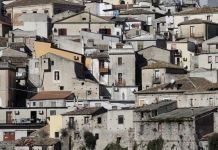 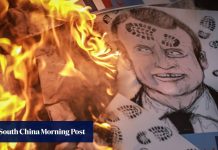 Russia blamed for airstrike on training camp in north-west Syria 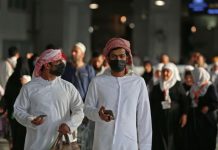 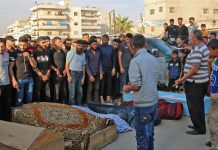