SINGAPORE – One way to provide caregivers with more support is to use time as a currency that they can give to each other, so they can take a break when needed, said panellists at the Institute of Policy Studies Women’s Conference on Thursday (June 3).

Dr Kalyani Mehta, former professor for gerontology and social work at the Singapore University of Social Sciences, suggested setting up a time bank to allow caregivers to help each other by offering respite.

“When you need help from somebody else, you can approach the time bank to get that help for you,” she said, adding that this initiative is currently practised in other countries.

Agreeing, Professor Paulin Straughan, a sociologist at Singapore Management University, said Singapore should invest in building neighbourhoods with infrastructure that can encourage people – in particular those over 60, who are an untapped resource – to volunteer and help those who need a hand within their area.

“Then we have a self-help situation where the young or old, who are capable, able and well-resourced, can be an amazing resource for those who need assistance if they are for example living with disabilities… (This will) build up the construct of social capital in our neighbourhoods,” she said.

The panellists, who spoke on the topic of “Home is where the work is”, had highlighted the need to provide more support for caregivers – mostly women caring not just for children and family, but also their spouses as they age.

The other panellists were Minister of State for Education and Social and Family Development Sun Xueling and Mr Benny Bong, president of the Society Against Family Violence. The panel was moderated by Ms Iva Aminuddin, head of the learning futures group at Civil Service College, Singapore.

Prof Straughan pointed out that domestic work and caregiving is unpaid work that has traditionally been undervalued in society.

But aside from being economically valued, what women need is more respect and recognition of the role they play and efforts they put into caregiving, she added.

Ms Sun said: “The greatest reward to a caregiver is the respect and recognition from your family members. Society can also provide that, so I hope that we can change the lens through which we look at caregiving.”

Mr Bong said men’s views about their roles at home tend to remain unchanged, for example where they see housework as an addition to the work they do outside.

“We need to move away from the men’s preference of having this idea of segregation and compartmentalisation to one of harmonising,” he said.

A study on informal caregiving here found that the ratio of female to men doing caregiving is six to four, and nearly half the families depended on a migrant domestic worker, said Dr Kalyani.

She added there has to be greater awareness in the workplace that colleagues may be shouldering a lot of caregiving burden.

One caregiver Dr Kalyani spoke to said she felt upset when her boss asked why she was often late in the morning. The reason: She had to look after her mother, who has dementia.

Ms Sun said the Government is reviewing the landscape of caregiving support, after receiving feedback from dialogues on women’s issues here.

She also listed the current avenues of support available, such as respite services at senior care centres and nursing homes, caregiving grants and training courses, as well as caregiver support networks.

Acknowledging the issues caregivers face, she said: “My wish is that we can co-create solutions together so that we can best enable and support the men and women around us so that they have real choices both at work and at home to achieve their greatest potential.” 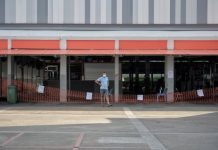 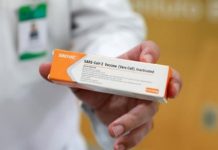 Selected private clinics to offer SinoVac's Covid-19 vaccine: Where to get it and how much it'll cost 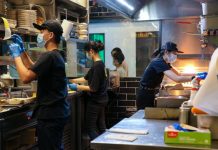 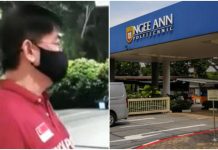 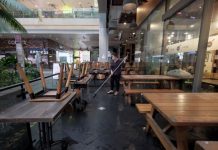 Rise in workplace injuries from slips, trips and falls a concern and needs to be addressed: Zaqy Mohamad 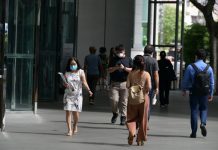 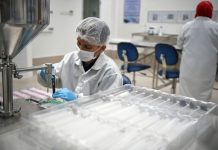 S'pore has to ensure biomedical advances benefit its people, are in line with its ethical stance: DPM Heng 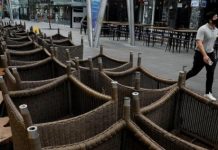 Should dining in resume as cases spike? Experts are divided 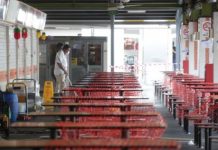 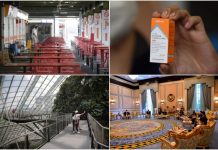 Morning Briefing: Top stories from The Straits Times on June 17, 2021