Owing to more delays, the long-awaited Sha Tin to Central rail link is expected to open earliest by next summer, MTR announced during a press conference Friday.

“Following our and the government’s newest evaluations, we estimate that the East Rail line will connect through to Hong Kong island earliest by June to July 2022,” MTR Corporation CEO Jacob Kam told reporters.

Kam explained that signalling glitches last year forced the transport company to push back the rail link’s opening date by about five months. The rail company estimated earlier that it would be ready by the first quarter of next year.

The link—Hong Kong’s most expensive rail project ever—has been plagued by a series of construction scandals. Media reports revealed in 2018 that contractors had shortened steel bars supporting the extension of Hung Hom Station, prompting reviews that found evidence of substandard work.

The first section of the Sha Tin to Central link, involving the connection of the West Rail line and the Ma On Shan line to form the Tuen Ma line, opened in June.

What remains is the arguably more anticipated cross-harbor section. The project will extend the East Rail Line, which currently ends at Hung Hom, by two stops with the addition of the new Exhibition Center station and a new terminal station at Admiralty, thereby allowing commuters to travel between the northeastern New Territories with Hong Kong island without interchanging. 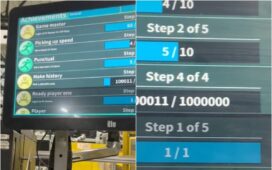