Remember Prince Caspian from The Chronicles of Narnia? Well, actor Ben Barnes, who starred as Caspian X in the movie franchise, has traded one fantasy world for something similar, took on the role of a General and is now a whole lot darker.

As General Kirigan in the Shadow and Bone adaptation of the fantasy adventure book series, Barnes’ character leads the Grishas and aims to protect them from suffering a cruel death at the hands of humans who are afraid of their power. 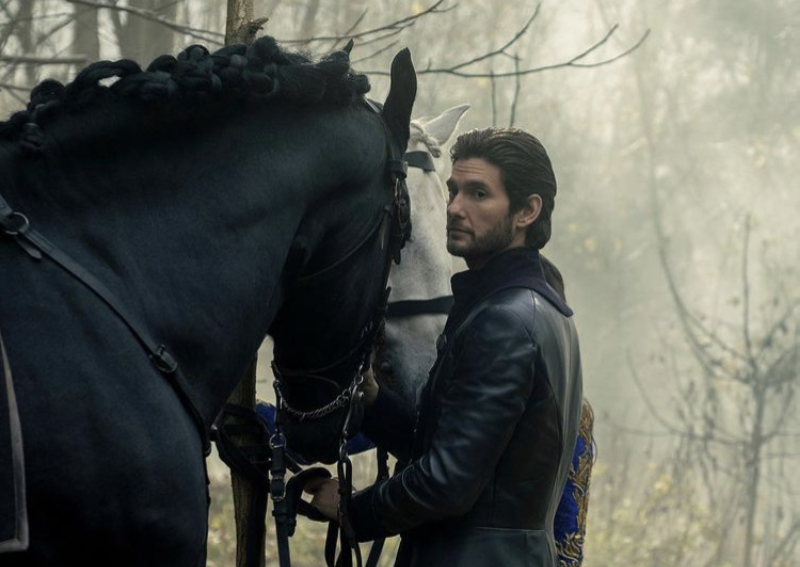 Tall, dark and handsome, General Kirigan is more than a powerful Grisha, or a protector – he’s got secrets to hide, and a goal in mind.

With his rugged stubble and deep, dark, mysterious looking eyes, Barnes may look like a villain, but he sure doesn’t act like one.

Earlier this month, Geek Culture sat down with the British stud to talk about his upcoming role as General Kirigan in Netflix’s latest fantasy series, Shadow and Bone, based on the book series of the same name by Leigh Bardugo.

Set in a fantasy kingdom called Ravka that has been physically split into nations due to a big dark sea, otherwise known as ‘The Dark Fold’, the series is filled with deadly creatures lurking in the dark, and powerful witches and warlocks called Grishas are called upon to help destroy them.

Speaking about his protagonist character, Barnes believes that it’s too simplistic to label Kirigan as evil, and that there might be something redeemable about the character.

General Kirigan is someone who knows what he wants, and whilst he plays with power dynamics to get what he wants, he is empathetic and after all, a guardian to the marginalised.

Barnes toys with the idea of how Kirigan might be “cancelled” in this day and age for being manipulative, but what if he manipulates for good?

“I think as a human race we’re essentially good, we’re decent people and we are empathetic, and we see that even if people behave badly, we can see they’re broken. This is clearly a man who’s isolated and lonely and got broken somewhere along the way and so I think that’s potentially an element of why people are sort of seduced by him.”

“Is he manipulative, is he abusing this power that he has for his own ends? And I think the answer is probably yes, and therefore is he completely irredeemable?” said Barnes. 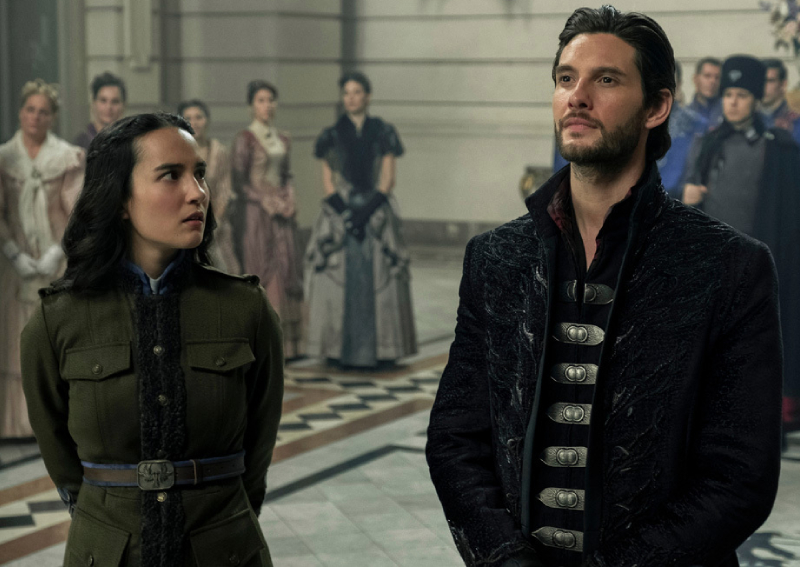 “I think that’s a topic that is trending in our world the last few years anyway, so it’s interesting to kind of explore it. I wanted to sort of dial up the discussion of that topic by adding in a few moments between myself and Alina (Jessie Mei Li), where you’re kind of wondering – is his behaviour more acceptable if we believe he’s falling for her or not?

“Or if his goals of protecting the Grishas noble, does that make his behaviour okay? What is it that makes it okay? – I think it’s interesting to explore those topics, even if I don’t have all the answers.”

As one can easily tell, Barnes is a big thinker and campaigns for a number of social causes.

From analysing manipulation and consent in Shadow and Bone, spilling the tea on ageism and misogyny in Hollywood, Barnes also use his social platforms to partake in activism such as the recent #StopAsianHate movement and raising funds for Cancer research.

It’s difficult to think of this man of anything but a charming rogue (like his role Logan Delos in Westworld), but the 39-year old actor thinks he’s hit the nail on the head in his portrayal of General Kirigan. 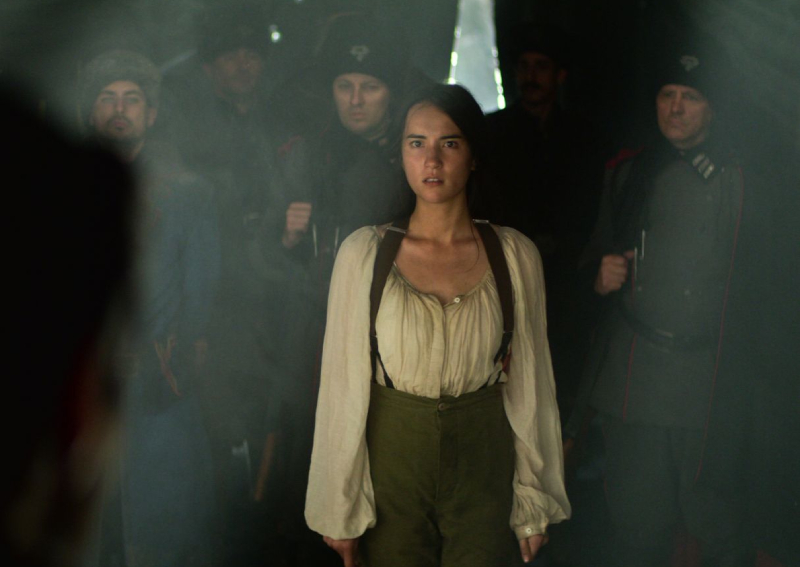 “And those moments where Alina starts really appealing to him – her hope and her charm, and her disconcerting joy – how that sort of unseats him and how he really starts to sort of maybe seem a human being for once and so that was kind of important to me to kind of bring out all of those colours in painting him as as a character to leave room to see if he sort of redeemable as well going forwards.”

Playing the villain may be new to Barnes, but the actor is no stranger to the fantasy genre.

READ  Mrunal Thakur to star opposite Shahid Kapoor in 'Jersey'

Apart from his adventures as Prince Caspian in The Chronicles of Narnia, Barnes can be seen in Westworld, Stardust and even had a go at the superhero genre with The Punisher.

According to Barnes, his friends would often lovingly call him a boy with a sword – always playing the male protagonist more akin to Mal (Archie Renaux) in this context to Shadow and Bone.

Barnes always plays characters that fight some sort of demon or attempt to win the girl’s heart. 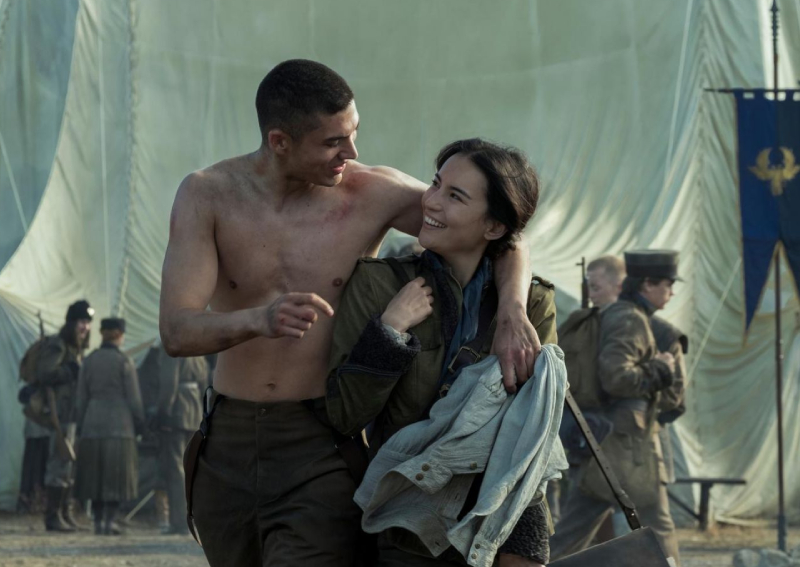 This time around, his character is sure of what he wants and how he needs to get there.

Highly praising the books that the Netflix series is based on, Barnes reveals that he is a geek at heart, excitedly showing off his collection of books by Bardugo in his background, sat atop a side table, under a warm cup of tea.

“I just think it was a very clearly defined universe in these brilliant books by Leigh Bardugo, I just think it felt very fresh. Yes, there were undertones.”

“It felt a little bit to me with the Grisha orders like houses in Harry Potter, or there’s certain elements of The Crows (Freddy Carter, Kit Young and Amita Suman), which might feel like Ocean’s 11 or Ketterdam might feel like Peaky Blinders or, you know, the architecture might feel like Anna Karenina, but it did feel like its own fresh world in which to explore these characters,” shared Barnes.

“I have always loved the fantasy genre. I studied children’s literature at University, I was writing essays about His Dark Materials, and Harry Potter even when I was in university before the films came out,”

“I love this idea of exploring human identity and where we all fit in, in the world, and how unique we all are, and how we can use our talents and gifts to sort of encourage and support each other and defeat the darkness as it were.” 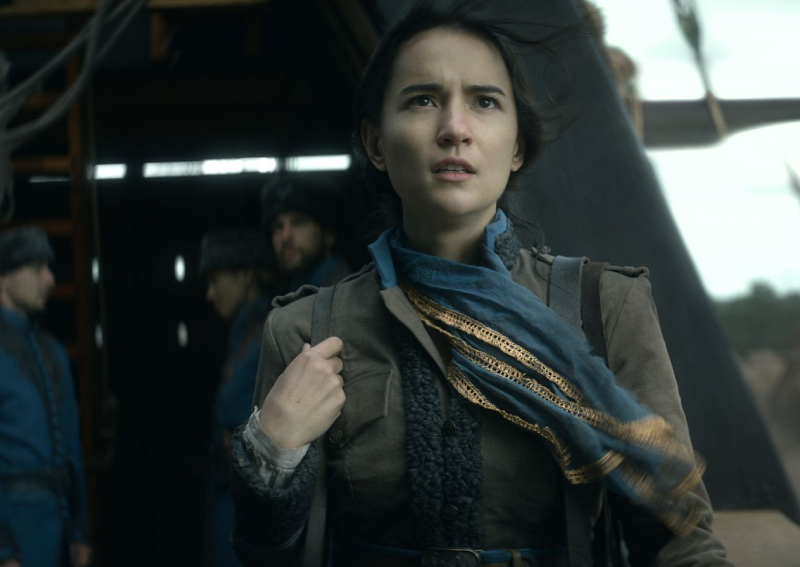 As Barnes notes, the fantasy world of Shadow and Bone explores human identity in its own way – their racially diverse characters, as well as cast members to appropriately bring that diversity onto screen.

Despite being a fantasy series, Barnes believes that it’s important for people to be able to see themselves represented in order to feel connected as well as to bridge magical worlds to real-life experiences.

“I love the way that you can see these worlds – literally worlds apart from your own – with people who can do things that you could only ever dream of doing and going on these extraordinary adventures, and yet still see yourselves in the character,” said Barnes.

“Even in these books, that’s particularly highlighted with the Shu Han and the Suli characters, and the Zemini character. Casting these wonderfully diverse cast who come in and portray all these characters and have those themes be the fabric and part of the world as they’re part of our world.”

“So to see yourselves, in some of these characters, and to feel connection to some of these themes, even though it’s sort of through magical allegory, is really interesting.” 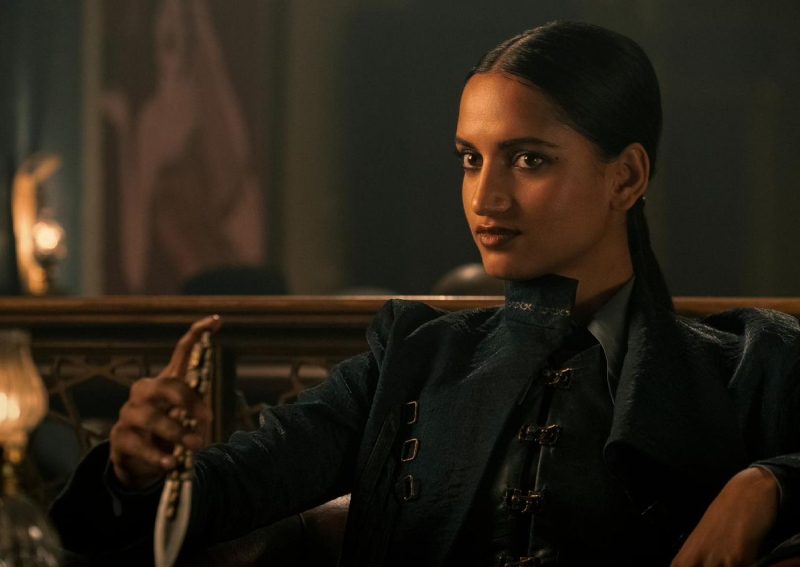 Adding on to bringing characters to life, the 39-year-old actor is excited for fans to meet General Kirigan, especially since the series will allow his character to grow and show character development that otherwise wasn’t fleshed out as much in the books.

“In terms of my character, you want to ground him in his humanity. The trilogy is in first person narrative so it’s all from Alina’s perspective, how she sees Kirigan, how to interact with him and how he makes her feel.”

“Hopefully, what we are doing is a little bit of how he feels about these interactions and some of his vulnerability, and his loneliness and peeling back some of that mystery that he has in the books,” enthused Barnes.

“An element of his history played out in a way that hasn’t been covered in the books so that will be exciting for people who do feel like they know the books really well, it’ll be something new for them.”

Barnes is enthusiastic for fans to sink their teeth into the eight-episode series.

Prince Caspian no more, the secretly geeky charming hero is ready to show a deeper, darker and more mysterious side of him in this wide and expansive fantasy world of Shadow and Bone.

As Kirigan says in the books, “Make me your villain”, and a villain Ben Barnes will finally be.

Daniel Kaluuya wins Oscar for ‘Judas and the Black Messiah’