She helps couples have sex, and has even been asked to watch


Being open and positive about the subject meant that she was the first among her group of girlfriends who chose to kickstart conversations about sex when she was in her 20s.

“And it’s one of the reasons why I decided to be a coach because my friends were having problems, and I was sure other people were also having problems (but just weren’t talking openly about it),” said Martha, who’s currently in her 40s.

One of those problems is not being able to have sex at all.

A majority of couples who see her do so because they are unable to consummate their marriage.

“They don’t know how to consummate their marriage because they’re both virgins, sex is difficult, awkward, uncomfortable, they don’t really know the process, they need more explicit instructions.”

Many women whom she sees are also afflicted by a condition known as vaginismus, where “the vagina shuts down in anticipation of penetration”, making sex impossible.

In fact, her most memorable client was also one of her first — a woman who could not have sex with her husband for about 10 years but overcame her condition “within two sessions” and eventually bore a child.

The case made an impact on Martha, because as a woman, she understood how traumatic the condition can be.

“Imagine, you saved your virginity till your wedding, and on your wedding night, you can’t have sex. And then you start worrying that your husband is going to cheat on you, get angry with you, or divorce you. And if it continues, you may not be able to have a child. It is very, very stressful.”

But Martha’s work does not entail hands-on practice, despite what many seem to think. She uses a variety of visual aids including vulva cushions, rubber phalluses and masturbatory devices to demonstrate the right techniques to use for clients to overcome obstacles in their sexual journey.

However, in her decade-long career, Martha has been met with several odd requests, including one guy who requested to book “a three-hour session”.

When told that such a lengthy session would not be advisable, “the person accidentally mentioned the word massage, so (I knew) this person thought that we were going to have sex”. Of course, he was turned away.

Another man boldly tried to get her to watch him and his partner copulate.

“A few years ago, there was this email saying that ‘we want you to watch us have sex and give us feedback, like how to improve our sex life.

But when she declined the kinky bedroom invitation, he persisted and wrote back, saying: “You don’t understand, I just want you to watch’.”

Martha reiterated, “that’s not what I do”.

She replied, firmly: “I’m not here to excite you or to give feedback to people who are functioning, I’m here to educate, even then my work has no nudity.”

Martha says the bizarre requests that she gets all boil down to general ignorance about her job.

Unsurprisingly, when she first started on her unusual career path, Martha was also met with scepticism from her parents.

“When I first told them I was going to start my own practice as a sexuality counsellor, a coach, my dad was like, ‘just find a job’.”

But her father eventually warmed up to the idea a few weeks later when he realised that “oh, actually if you start your own practice, you can earn a lot of money, ah,” recounts Martha, who charges from $250 up for a 50-minute session at her office located in Chinatown.

“I think over the years, they do know what I do more clearly, and I believe that they’re proud of me, because they tell people about me and what I do, that in a nutshell, I’m a counsellor,” she shares.

Besides her regular work, Martha also volunteers her time with cancer patients and people with special needs, educating them on topics related to sex and coaching them on boundaries.

“It’s very fulfiling to work with people who have gone through cancer and are working their way back to sex with their partner,” says Martha, describing it as one of her biggest passions.

But when it comes down to it, what keeps her going is helping people.

On the ‘optimal’ frequency of sex:

“I do believe in scheduling sex, because we are busy, so when you schedule sex, you are scheduling what’s important, you carve out time and an opportunity for things to happen.”

On the right age to be sexually active:

“I don’t think there’s a right age (to be sexually active), I think the right age is the right age for you. I think sometimes the emotional maturity comes when you have actually explored yourself. So if you’ve been very sheltered and you don’t know how to speak up yourself and assert yourself and have clear boundaries, then you’re more likely to get hurt and become traumatised as a result of it.”

When it’s not always about sex:

“A lot of people who come to me say they have a sexual issue — that they’re not having sex, or have a low sex drive, but actually if you look deeper, it’s very much the relationship dynamics. Even simple things like (one party) not helping with the housework, or hurling abuse. So I’ll very quickly start to work with them on their relationship and communication issues, how to fight in a fair way in a nice way, and how to resolve conflicts.”

ALSO READ: This funeral director will plan the final party of your life 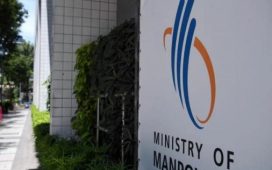 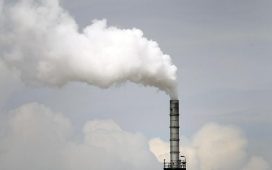 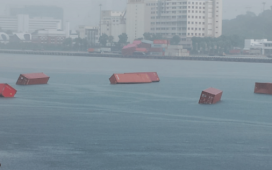 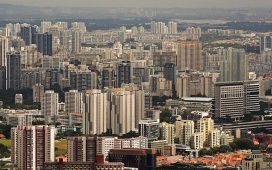 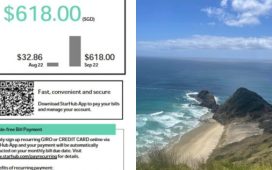