People have been building new cities from scratch for millennia. From the foundation myths surrounding Athens and Rome, to the clearance of virgin forests in western New York state to create the “garden city” of Buffalo, to scores of purpose-built capitals – Brasília, Canberra, Astana, Washington DC – building new cities is just something that humans do.

When countries rise up, when markets emerge, people build new cities. Today, though, we are taking it to unheard-of levels. We have never before built so many new cities in so many places at such great expense as we are right now.

New dots have been popping up on the maps of countries such as China, Malaysia, Indonesia, Nigeria and India with unprecedented frequency since the late 1990s, and more than 120 new cities are currently being built in 40 nations around the world.

Avant-garde developments like Shenzhen and Pudong blazed new economic trails until they eventually widened into the boulevards of a new status quo for the emerging markets of the world.

We are standing on the precipice of a new city building boom unlike anything we’ve seen before. These shiny new metropolises hold the dreams and aspirations of people and nations from east Asia to the Middle East to Africa. Will they deliver a bright new urban future or a debt-fuelled bubble of historic proportions?

The new city has been sold as a one-stop cure-all for an array of urban and economic issues facing emerging markets around the world: overcrowding, pollution, traffic congestion, housing shortages, lack of green space and economic stagnation, to name a few. By starting from scratch, governments hope to move on from their current clogged and dysfunctional urban centres and develop new economic sectors to help them leapfrog other nations. City building itself can also be a highly profitable endeavour for some.

At first glance, many new cities appear to openly defy economic fundamentals. What are emerging markets – “poor countries” – doing building some of the most technologically advanced, expensive cities on earth? Why is the dusty, remote Kazakh border town of Khorgos turning into what is claimed will become a “new Dubai”? How come oil-dependent Oman is erecting Duqm – a metropolis twice the size of Singapore – in the middle of the desert?

“The major reason for new cities is that there is so much migration,” says John Macomber, a senior lecturer at Harvard Business School who has studied new city development in depth. “People are moving to cities all over the world to seek opportunity.”

According to the UN, 68% of the world’s population will be living in cities by 2050. This means 2.5 billion more city dwellers, with 90% of the uptake happening in Asia and Africa. Half of the urban area that will be needed hasn’t been built yet. We would need scores more Delhis, Shanghais and Lagoses.

“The sad thing is that we’re going to develop more urban area in the next 100 years than currently exists on Earth,” says the Nobel prize-winning economist Paul Romer of New York University. “If we stick to business as usual most of it is going to be disorderly and less functional than the stuff we already have.”

If you build a new city you don’t have to relocate or work around existing roads, rivers, factories or houses

It doesn’t take a Nobel winner to see that many of the existing cities of Asia and Africa are simply not able to handle this onslaught of urbanisation. Cairo was built to house 1 million people, not the 20 million who live there today. Cities such as Mumbai, Kolkata, Lagos, Nairobi and Rio de Janeiro are crowded by rings of informal developments. Retrofitting these cities with modern infrastructure and utilities is more complicated and expensive than clearing out a swathe of land and starting all over again.

As well as being less complicated and cheaper than retrofitting old cities, building new cities is seen by many leaders as more profitable – and sexier. At the height of China’s new city building boom in 2011, land sales accounted for roughly 74% of the revenue stream for the country’s municipal governments and plots of urban construction land were selling at a 40-fold profit. Emerging markets that are actively reconstructing themselves – both physically and in terms of their global image – tend to have economies that are driven by the real estate and construction sectors. For them, building an entirely new city is the pinnacle of projects.

“Neoliberalism and deregulation have created a wild west atmosphere that facilitates the circulation of footloose capital globally,” says Sarah Moser, a geography professor at McGill University and the author of the upcoming Atlas of New Cities. “It is easier now than in previous decades to acquire vast tracts of land and to then use that land for any purpose, including urban and commercial.

“Technology companies, construction companies, and the real estate industry are leveraging the many challenges facing cities in the global south to convince people that new cities are an important solution rather than fixing existing cities, which is not as profitable.”

Development firms such as New York’s Gale International and South Korea’s Posco are peddling copies of Songdo LINK around the world. Architects such as KPF and Arup are drawing up attention-grabbing masterplans lined with skyscrapers, parks and shopping malls reminiscent of New York, London and Dubai. And big tech firms such as Cisco, Alibaba and Tencent are keen to provision these new cities with cutting edge IT networks and public surveillance gizmos.

The money being thrown at new cities is staggering. Saudi Arabia’s King Abdullah Economic City comes at a price tag of $100bn (£78bn), while the country’s Neom megalopolis is slated to cost five times that. Malaysia’s Forest City had its price initially pegged at $100bn, while Ordos Kangbashi cost a hulking $161bn. Adding up the costs of more than 120 new cities around the world means a mountain of investment that can be measured in the trillions of dollars – but the returns are far from given.

“Too often a best-case scenario of potential economic rewards is presented and the project is rushed through when decision makers are on a utopian high,” says Moser. “The reality is that new city projects can only move forward with massive loans, often from foreign banks, with no guarantee that the city will be profitable enough to repay the loans.”

“Cities have to have a purpose,” Macomber says. “It’s a common mistake that has been made for centuries where a ruler will say ‘Let’s build some buildings and palaces and some things will happen’ or ‘Let’s put up a couple big office buildings and now we’re going to have a Dubai on the Indian Ocean’. Not necessarily. The new cities that struggle are the ones that are pushing against what market forces want to do.”

New cities that work have built-in economic drivers that give them their impetus and reason for being. Khorgos on the China-Kazakhstan border was sparked to life by a transportation hub along the New Silk Road; Cyberjaya in Malaysia was built as a concentrated hub of hi-tech firms, startups and educational facilities; South Korea’s Songdo is one of the best examples of an “aerotropolis” – a city built around an airport.

Other new cities could be described as superfluous – custom-built cities for the rich. “Some of these developments are imagined as the gated communities of privilege,” says Romer. “Like Brasília: ‘The place where we will be able to drive really fast in our cars. We’ll just not let any poor people come here.’ Those things are doomed to fail.

“They’re also an inappropriate response to the real need, which is not for the rich to have a place to retreat to but for people who want to get a first position on the kind of urban, modern escalator that can help lift them and their kids to a better life.”

Many new cities that are currently being built in Asia and Africa are clearly being designed for emerging middle classes. If provided with the right opportunities, this well-educated, big spending and highly mobile sector of society can be a boon for just about any country. If those opportunities are not provided they are especially prone to flight – emigrating to better jobs and lifestyles in the US, Canada and western Europe.

The new city building boom is nearly as much about maintaining and attracting high-value talent as it is about creating space for the droves of rural migrants searching for their first handholds in an urban environment.

“Many new cities are scrambling to attract these global elites through creating luxury properties that they can buy, luxury retail and restaurants, and infrastructure for their lavish hobbies: particularly docking facilities for yachts,” says Moser.

“The developer’s goal is to maximise profits and this is done in large part by creating luxury condos and villas. There is not much money to be made in affordable family housing, so developers are not interested.”

Wade Shepard is the author of Ghost Cities of China, and On the New Silk Road 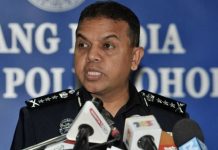 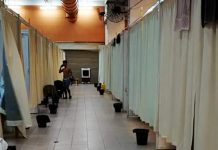 Sabah woman links DAP to online harassment of her daughter 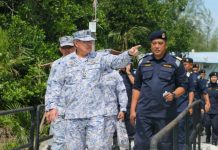 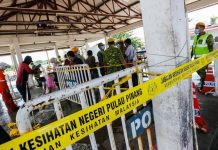 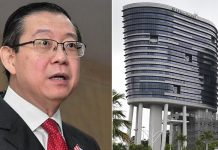 Guan Eng: I merely referred the matter to Attorney-General 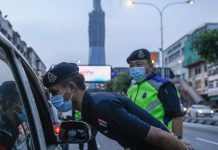 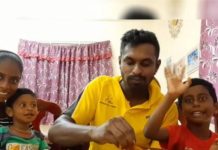