Those pulling out all the stops to undo the military coup have set their sites on Singapore – specifically its brands and products – for not taking a stand.

Food and beverage brands Tiger Beer, Ya Kun Kaya Toast, Beauty in the Pot, Crystal Jade, BreadTalk, and Ramen Ippudo are among boycott targets identified online with their logos crossed out. The campaign began spreading last night after Singapore Foreign Affairs Minister Vivian Balakrishnan said the city-state should focus on conducting business in Myanmar and not weigh in on its “politics.”

“Singapore is not respecting the voices of Myanmar People. Singapore is supporting the Dictatorship,” one pro-boycott post said. Another: “Singapore is the largest investor in Myanmar.”

All of the posts were titled “Boycott Singapore Products.”

The posts were shared widely on Twitter as well as Facebook. A tweet this afternoon by journalist Mratt Kyaw Thu had been shared more than 4,000 times as of publication time. None of the targeted brands appeared to publicly comment on the boycott calls. None had responded to emails requesting comment sent Wednesday afternoon.

Balakrishnan yesterday acknowledged that Singapore was Myanmar’s largest foreign investor, nothing that those investments had shot up “10-fold” in the previous five years of civilian rule.

Yangon and other cities saw immense protests again today despite increasing escalation and violence by the security forces, who have been abducting students and civil servants in the dead of night. Opposition to military rule is so widespread that when a call went out to feign auto breakdowns to stop traffic, much of Yangon today was left paralyzed. Protests have continued daily since the Tatmadaw military seized power and locked up civilian leaders such as State Counseller Aung San Suu Kyi and President Win Myint on Feb. 1 on the basis of its leader’s unsubstantiated election fraud accusations.

Who’s arming the Myanmar police? This anti-drone gun is from TRD #Singapore. According to data on Linkedin, TRD has an office in Singapore + #Myanmar. Biz like TRD are empowering the Myanmar military regime’s repression of the #CivilDisobedienceMovement. #HearTheVoiceOfMyanmar pic.twitter.com/DJvLvqckoj 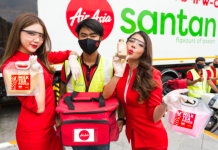 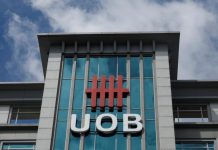 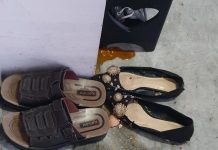 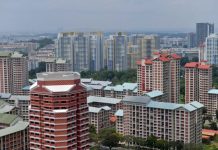 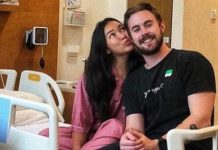