SINGAPORE’S industrial output fell 6.9 per cent in June, deepening from May’s 2 per cent fall and marking the fourth straight month of year-on-year decline, according to preliminary estimates from the Singapore Economic Development Board on Friday.

June’s figure was a smaller decline than economists’ expectations of an 8.5 per cent fall. Excluding the volatile biomedical manufacturing sector, however, output fell 9.9 per cent year on year.

Economists noted that the better-than-expected showing should mean a slight upward revision in second quarter gross domestic product growth, which flash figures had flat at a mere 0.1 per cent. But they differed on whether manufacturing performance will worsen or begin to bottom out in the coming months.

The troubled electronics sector, once the driver of Singapore’s manufacturing growth, continued to be the worst performer with output plunging 18.8 per cent in June, for the fourth straight month of decline. All segments except for data storage saw lower production. In the first half of the year, electronics output was down 6.9 per cent compared to the year-ago period.

General manufacturing and biomedical manufacturing posted the strongest performance, with both clusters being the only ones with positive cumulative output growth for the first six months of the year.

Chemicals output fell 3.3 per cent in June, dragged down by a 12.3 per cent fall in petrochemicals due to maintenance shutdowns in some plants. The remaining segments of other chemicals, petroleum, and specialties saw growth of 3 per cent, 2.4 per cent, and 0.4 per cent respectively. Chemicals output growth for the first six months of the year was almost flat at 0.1 per cent from the year-ago period.

With June’s figures, manufacturing fell 3.1 per cent in the second quarter, better than advance estimates of a 3.8 per cent fall, noted Maybank economists Chua Hak Bin and Lee Ju Ye. But services growth could be revised down as trade-oriented sectors likely worsened in June, they add.

The Maybank economists expect a small upgrade for second quarter gross domestic product growth to 0.2 per cent, up from the flash figure of 0.1 per cent, and see a likely technical recession in the third quarter “as the weakness in manufacturing and exports broadens to domestic-oriented services”.

June’s weak industrial production data “adds to a growing body of evidence” for the view that the Monetary Authority of Singapore (MAS) will likely ease policy in October, said Barclays economist Brian Tan. He expects the official growth forecast range to be lowered in August, possibly to around 1 to 2 per cent, down from the current 1.5 to 2.5 per cent.

Nonetheless, UOB economist Barnabas Gan believes Singapore will evade a technical recession in the third quarter. He sees an improved manufacturing environment in the second half of 2019, as the high base effect from H1 2018 dissipates and amid hopes of positive turns in trade talks between United States and China.

Earlier in July, Citi economists Kit Wei Zheng and Ang Kai Wei highlighted that a second quarter sequential rebound in non-oil retained imports of intermediate goods could suggest “some restocking of components” for a potential rebound in industrial production in coming months.

In contrast, OCBC head of treasury research and strategy Selena Ling said: “At this juncture, we would hesitate to call a bottom to the manufacturing slump, pending the outcome not just for the US-China trade war and Huawei issues, but also the uncertainty whether Japan will remove South Korea from its white list of trusted export destinations.”

READ  About 20 people in Singapore affected by Dyson decision 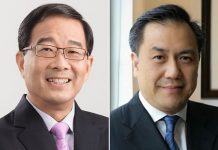 Employers must agree to 2 conditions to get foreign worker levy waivers, rebates: MOM 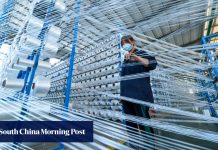 Is Beijing preparing to decouple from the US?

No ERP charges until at least June 28: LTA

China-US relationship: from ‘same bed, different dreams’ to a break-up over Hong Kong 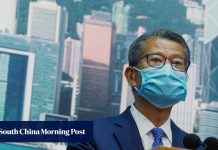 US revocation of preferred status will not affect stability of Hong Kong dollar, finance chief says