Given the similar coronavirus prevalence rates in Singapore and Hong Kong and their proven capacities for testing and contact tracing, there are “no better two geographies” that can start a travel bubble in a bid to revive their stalled economies.

This was the reaction of health care expert Dr Jeremy Lim to Thursday’s official announcements that Singapore and Hong Kong have agreed to a travel bubble that will allow leisure travel for almost all their residents without the need for quarantines or a controlled itinerary.

Lim, an associate professor at the National University of Singapore’s Saw Swee Hock School of Public Health, said the risk of either economy importing the virus could occur through such a bubble, but that the possibility must be balanced with the economic benefits of restarting travel and connectivity.

Leong Hoe Nam, an infectious diseases expert at Mount Elizabeth Novena Hospital, described the travel bubble as a “calculated gamble”, but added that the current environment was ripe for such a plan and that its success was a matter of putting the right virus-detection procedures in place.

Song Seng Wun, an economist at CIMB Private Banking, said it was unlikely that a bubble between Singapore and Hong Kong would “move the needle that much” in terms of economic gains, but that vulnerable industries such as aviation and leisure travel, which he said were likely to face long-term economic scarring, would gain a much-needed lifeline.

“We don’t know when we will ever get back to the 1.6 million tourists a month, but we still need to take that calibrated approach to opening up to help some of those businesses at least get on that road to recovery even though it’s extremely bumpy,” Song said, referring to the average monthly number of tourists who entered Singapore before the pandemic struck.

Pre-Covid-19 , about a million trips were made between the two regional hubs a year, according to the tourism boards of Singapore and Hong Kong.

READ  Will Kim Jong-un show missiles and military might as North Korea marks a major holiday?

Selena Ling, head of treasury research and strategy at OCBC Bank, said many Singaporeans who have not travelled since earlier this year are now suffering from cabin fever. The prospects of travelling would have “high novelty value” for both Singaporeans and Hongkongers, with Singapore’s economy reaping some benefits, she said.

Visitors from Hong Kong , she said, would provide some relief for Singapore’s hard-hit aviation and hospitality industries. She also noted the possibility of “revenge spending” by Hongkongers hitting the city state’s main shopping district of Orchard Road.

The news generated significant buzz online, with both Singaporeans and Hongkongers hyped up over the announcement. Online, Google searches for “Hong Kong” peaked right after the announcement at 3pm, and the city was among the top 10 trending terms on Twitter in Singapore.

In a media briefing on Thursday, Singapore transport minister Ong Ye Kung said local health care experts had endorsed the plan, which would require travellers from both sides to have spent 14 days in either city before departure. They will also need to take Covid-19 tests and have negative results.

Singapore’s 323,000 foreign workers living in mega dormitories, who have borne the brunt of infections, are not included in the scheme – a request made by Hong Kong, Ong said.

Both sides would also have a quota on the number of travellers allowed to enter and they would have to take specific flights. Both also plan to agree on an incidence rate of the virus, at which point both would – through adjusting the number of flights or suspending the flights – quickly scale back on the travel bubble.

READ  Exclusive: Novavax executives could get big payday even if vaccine fails

When asked if there was a threshold for such an incidence rate, Lim, the National University of Singapore professor who is among the prominent public health experts in Singapore analysing the government’s Covid-19 response, said there was no magic number, but that it would be worrying if virus numbers started to rise.

He added that it was more important to consider the availability of intensive care unit beds, isolation facilities and the time needed for contact tracing if cases did increase.

Ong’s announcement, held at the same time Hong Kong’s secretary for commerce and economic development, Edward Yau Tang-Wah, briefed the media, signals that both sides have come to an agreement on most issues, This Week in Asia understands.

While neither Ong nor Yau would give a firm date for when the travel bubble would begin, they agreed it could happen in a matter of “weeks”.

Ong said that given the number of daily cases in the two cities – both have been at or below 10 the past week – the risk of a Hongkonger bringing the infection into the city was “not very different if you come from Jurong, or Bedok or Tampines”, he said in reference to neighbourhoods in Singapore.

“It’s a small step but a significant one because both Hong Kong and Singapore are regional aviation hubs,” Ong said of the bubble. “For the two of us to be able to control the epidemic, to come together to discuss and establish this air travel bubble, hopefully sets a model for us to forge more such relationships and partnerships.”

Lim said he agreed with the minister “as long as the numbers remain similar and we have confidence that the Hongkonger has not travelled elsewhere”. He added that it would be “more complicated” when Singapore and Hong Kong start to include other partner countries and places in the travel bubble.

READ  Why Japan’s ‘parasite singles’ refuse to get married, stay living with their parents instead

Hong Kong said it was looking to form travel bubbles with 10 other countries, including Australia, Germany and Japan.

Singapore already has a number of travel agreements with other places, but these have been limited to reciprocal green lanes for business and official travel with strict itineraries, and what Ong called “unilateral” lifting of border restrictions – where Singapore welcomes travellers from New Zealand, Brunei, Vietnam and Australia (excluding Victoria), although those places do not yet have an open-door policy for people coming from Singapore.

Ong joked during the press conference that Singaporeans “will be rushing to go out, I am a bit worried that the quota we set may be a bit low”.

Still, Singapore travel agencies including Chan Brothers Travel were cheered by the announcement. A spokesman from the company was quick to point out that Hong Kong has typically been a popular destination for Singaporeans looking for a short getaway.

“The confirmation of a Hong Kong-Singapore travel bubble is certainly an optimistic sign as we look forward to the industry upturn and the return of travel as a force for good,” he said.

A spokeswoman for Dynasty Travel, who referred to the announcement as “great news”, said safeguards and safety procedures need to be put in place so Singapore and Hong Kong tourists could travel with confidence.

One example, she said, was to have more “touchless” experiences to mitigate risks of transmission.

“Many are eager to travel and would like to make trips with testing regimes in place for departures and arrivals to feel safe and free from worry and anxiety,” she said. 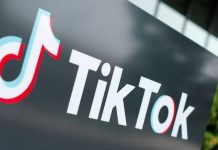 The US election that doesn't count: Guam goes to the polls but votes won't matter 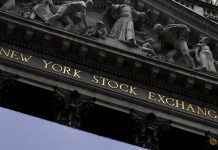 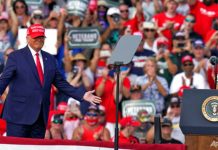 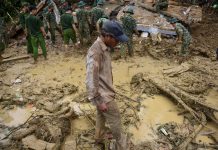 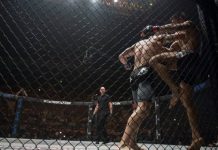 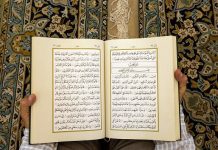 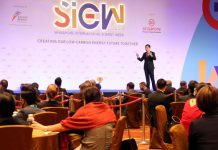 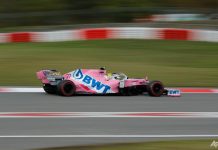