SINGAPORE: Given Singapore’s limited access to clean energy, it must be “prudent” in using its “precious” energy resources, said Minister for Sustainability and the Environment Grace Fu on Tuesday (Oct 27).

Speaking at the Asia Clean Energy Summit, Ms Fu noted the need to improve energy efficiency, which along with adopting clean energy solutions, is a “key strategy” to mitigate climate change.

“Given our limited access to clean energy, we must be prudent in using our precious energy resources. Improving energy efficiency is therefore the second key strategy in our journey to sustainability and mitigating climate change,” she said.

Giving the example of the Energy Conservation Act that came into effect in 2013, Ms Fu noted that companies regulated under the Act achieved an average annual energy efficiency improvement rate of 1 per cent from 2014 to 2018.

This represents about 250 kilo-tonnes of carbon dioxide equivalent emissions per year – similar to removing about 70,000 cars from the road per year, she said.

“The Government will continue to support energy efficiency efforts, through grants such as EDB’s (Economic Development Board) Resource Efficiency Grant for Energy, and the National Environment Agency’s Energy Efficiency Fund. To date, (more than) S$100 million have been committed to help local manufacturers in their energy efficiency projects,” Ms Fu added.

An example of this is the country’s first water reclamation and solid waste treatment facility Tuas Nexus, said the minister.

By digesting both food waste and water sludge, and combusting the biogas produced, the electricity produced will sustain the operations of the facility and creates enough excess energy to power up to 300,000 four-room HDB flats, Ms Fu explained.

Construction has begun on the facility and it is set to be completed in phases from 2025, it was announced earlier this year.

“The Government is also committed to working with companies and businesses to drive our sustainability agenda,” said the minister.

She announced that ENGIE Factory – the venture arm of French electric utility firm Engie – and EDB New Ventures will be signing a memorandum of understanding to build a portfolio of new sustainability start-ups that will help companies in Singapore and Southeast Asia to “decarbonise more quickly and profitably”.

“These new ventures will accelerate the zero-carbon transition, boost employment in a critical and growing segment and establish Singapore as a hub for sustainability innovation in the region,” she said.

“We hope that more pioneering solutions and breakthroughs in sustainable development could arise from this partnership.”

Singapore is also studying “emerging technologies” such as hydrogen and carbon capture, utilisation and storage, as well as exploring the potential of tapping on regional power grids to access sustainable energy resources, added Ms Fu.

Solar energy is Singapore’s “most viable” renewable energy option, given the country’s limited access to alternative energy sources such as geothermal, wind and hydropower, said the minister.

“However, the deployment of solar energy remains challenging due to our limited land space, competition for alternative uses and dense urban landscape,” she added. “We have therefore ventured to make use of alternative spaces, such as water bodies.”

The Solar Energy Research Institute of Singapore will be collaborating with Norwegian based company Fred Olsen Renewables under a research agreement to develop various floating PV solutions for seawater and different climatic conditions, said Ms Fu.

This will help “further develop capabilities” in the areas of near-shore and offshore floating photovoltaic systems, she added.

Solar deployment has other benefits besides reducing carbon emissions, said the minister.

Amid the COVID-19 pandemic, the Government set up various community care and community recovery facilities to house recovering patients.

To reduce carbon emissions, fumes and noise created by mobile diesel generators, more than 650 made-in-Singapore solar panels were installed at the recovery facility at the Changi Exhibition Centre.

These produced about 20 per cent of the facilities’ projected energy needs and contributed towards a “better recovery environment” for the patients, she said.

“This is a prime period for companies and policymakers to leverage opportunities in harnessing clean energy and improving energy efficiency, as we push for a green recovery post-COVID-19,” said Ms Fu.

“Fighting climate change and making the transition towards a greener economy will require a concerted whole-of-nation effort by industries, individuals and the Government. While promising progress has been made thus far, we must continue to push the frontiers of sustainability.” 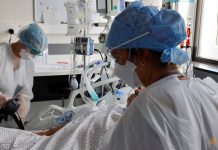 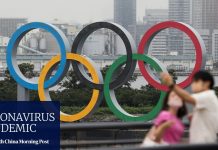 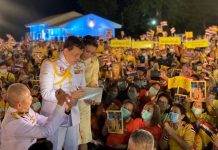 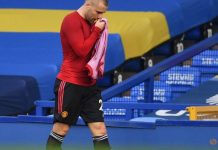 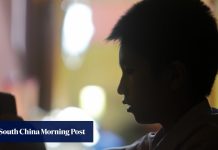 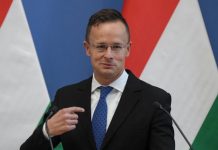 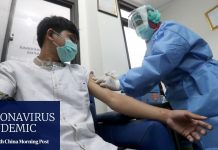