The reopening of bricks-and-mortar stores has not led to a significant drop in deliveries, indicating a permanent shift in consumer behaviour that is accelerating the growth of e-commerce in Singapore, he said in an interview.

The Covid-19 pandemic has thus made the need to revamp the postal infrastructure more urgent, he said.

To kick-start this effort, SingPost will be conducting a public trial of its smart letterbox system in the coming months.

Instead of individual letterboxes, this system entails a central machine that stores and dispenses mail and small packages.

Items are sorted according to size for more space efficiency, and can be retrieved through a touch screen on the machine by providing a form of authentication, such as scanning a QR code.

Users may also receive a notification through a mobile app when items arrive.

The trial will start with one neighbourhood in the west and test the feasibility of replacing letterbox nests in the long run, Mr Phang said, adding that more details will be announced later.

A prototype was unveiled last year, along with smart stamps that can allow basic mail items to be tracked, which will be trialled later.

It is an opportune time to test the smart letterbox system as demand for contactless deliveries has increased, Mr Phang noted.

“And with the Covid-19 situation, we think maybe using a smartphone to scan QR codes is quite a normal thing these days,” he added.

Postal systems worldwide have been grappling with a decline in traditional mail and surge in larger-sized e-commerce items even before the pandemic.

Many online purchases are sent through the mail, which is generally cheaper than courier services.

But when items cannot fit into a letterbox, the postman must make a doorstep delivery.

In high-rise Singapore, that takes an average of six minutes, versus six seconds for a letterbox delivery, Mr Phang said.

“Given the labour-intensive nature of our work, if we don’t have this infrastructure… there will be a lot more postmen involved and we have to think about how to sustain that,” he said. 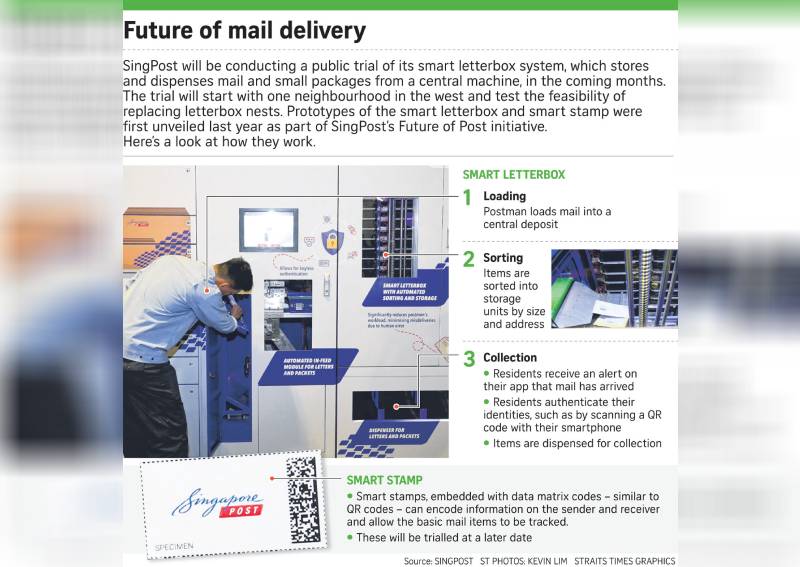 On whether SingPost’s vision for the full roll-out of smart letterboxes would entail one machine per Housing Board block and how costly that would be, he said these are some of the questions that the pilot aims to shed light on.

“Is this a viable piece of infrastructure to get the majority of essentials delivered? Can it be the backbone of an urban logistics delivery system? And if not, then (roll it out) where it matters, by precincts and in a progressive manner. That’s some of our thinking.”

Not having personal letterbox units – and potentially having people walk further to the nearest smart letterbox to get their mail – will require some adjustment, he noted.

“Why do you want to have a letterbox downstairs? Because you don’t know what’s coming”, which necessitates frequent checks, he said.

But if there were notifications for mail arrivals, this would reduce the number of overall trips to the letterbox, he suggested.

“It’s not just about the technology, but also the adaptability and acceptance by the public.” 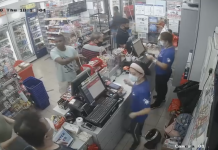 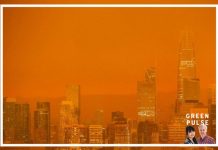 S'pore should go from being a nation of tech consumers to tech producers : Vivian Balakrishnan

11 new Covid-19 cases in Singapore, with 2 imported and none in the community

Stop worrying about being replaced by robots and focus on human strengths: Lawrence Wong