Freelance tour guide Matthew Phua hasn’t hosted a group since December. Then, he ferried around business travellers from China in his 13-seater minibus for meetings and filled their free time with trips to attractions such as the Singapore Botanic Gardens, the city state’s only Unesco Heritage Site.

When the new year began, it was clear that business was no longer as usual for him. While he typically took on four to five bookings in a month, demand this year has hit rock bottom, as the Covid-19 pandemic has almost battered the tourism industry, which generated almost US$20 billion (S$27 billion) in revenue last year.

International visitor numbers to Singapore have plunged by more than 80 per cent his year – in April, as it embarked on a two-month “circuit breaker” lockdown, the city-state welcomed 750 foreign visitors, down from 1.6 million in April 2019.

“There are no tour groups coming in, and there are zero jobs,” said Phua, 55, who used to charge about $500 a day for his tour guide and transport services.

The pandemic has exposed the financial vulnerability of the self-employed – a diverse group made up of hawkers, cabbies, sole proprietors, freelancers and gig economy workers, who number an estimated 211,000, or 9.6 per cent of Singapore’s resident workforce, according to a 2019 Manpower Ministry report.

Unlike full-time employees, they have few protections such as retrenchment benefits but have endured sharp drops in their earnings. The fear in Singapore is that the real winter for this group is only beginning after much sought after government payouts ended last month.

For Phua, the grant has been useful in helping him cope with the loan repayments on his minibus, once his main source of livelihood.

“Of course if the relief package continues, it is great,” he said. “But I know I have to be prepared for the worst too – the government can’t possibly be giving out help all the time.”

The financial support has been a lifeline in the last nine months. The government gave affected workers in this group $9,000, paid in three instalments.

The last $3,000 of the Self-Employed Person Income Relief Scheme (SIRS) was paid last month, bringing the total bill to $2 billion, almost double the $1.2 billion initially budgeted. About 190,000 people have benefited, with about 100,000 qualifying automatically for the assistance.

There has been no word of an extension of the scheme. Hopes of a quick economic rebound for the trade-reliant economy, which is facing its worst contraction on record, have also evaporated.

The country‘s central bank chief has warned that 20 per cent of the economy faces “deep scarring” from the pandemic, while government ministers have made clear that any opening up will occur gradually. Many self-employed workers fear the worst is yet to come.

Swimming instructor Luke Heng, 34, is one of them. His income was reduced to zero during April’s partial lockdown, which the government called a “circuit breaker”. Schools, malls, restaurants and most workplaces were ordered to shut, except those offering essential services. For three months, he had no work at all.

Even though restrictions on social gatherings were lifted in mid-June during the so-called phase two, public pools were cautious and implemented measures to reduce capacity. This meant swimming coaches needed to bid for slots to hold classes while ensuring each group had no more than five students.

Heng previously earned about $5,000 a month but his income has dropped to just over $3,000 since classes resumed in July. But he counts himself lucky to be able to get a coaching slot for October to December, although the guidelines mean he now takes fewer students.

There is also no certainty he can continue coaching beyond December, when his coaching slot expires.

“Previously, I could teach up to five classes in a three-hour slot, totalling about 50 students,” he said. “Now, with the stricter guidelines, I can teach just three classes of five in the same time. That’s just 15 students.”

Dr Walter Theseira, Associate Professor of Economics at the Singapore University of Social Sciences, thinks the government will move towards a more targeted relief scheme, as the self-employed sector is too fragmented.

“I think the government will still give some form of help, but it will probably be much more calibrated. It will likely have to examine which groups are still badly hit, which sectors will require supporting, and which to taper down,” he said.

“If a trade is unviable now and likely to be unviable for the next two to three years, then it is not sustainable to support people indefinitely to remain in those trades unless they involve specialised skills, or have national significance.

The government will have to ramp down the help over time and let these people move into new jobs – a hard decision that has to be managed sensitively.”

The government has said it is studying ways to continue supporting self-employed workers next year, although Deputy Prime Minister Heng Swee Keat said the support scheme will have to “taper towards normalcy”.

Human resource adviser Erman Tan noted the government has hinted that support schemes are not a long-term solution, and workers will need to help themselves, whether that involves upskilling or moving into new industries.

“I think what the government is saying is clear – it will help you to help yourself, but you have to find a way to move on in the new normal,” Tan said.

Some have tried to move on, with varying results. Freelance musician Amanda Tee, 31, has had no live gigs since March, when entertainment outlets, including live music venues, were ordered to close.

She organised her own live-streamed music gig last month, and called on those who liked her work to consider paying a small tip to support her.

The government announced earlier this month that it will let selected nightlife establishments, including bars, pubs and nightclubs, reopen in the next two months under a pilot scheme.

It remains to be seen how the scheme will play out, as these outlets will have to adhere to strict rules, such as stopping all sales and consumption of alcohol by 10.30pm, and admitting only customers who have tested negative for Covid-19 in the last 24 hours.

For stand-up comedian Rishi Budhrani, 36, his regular work of performing and hosting live events and weddings have almost completely dried up. He used to host up to 40 weddings a year but he has done only three this year.

In April, he launched his online comedy show on Facebook and bought filming equipment to set up a recording studio at home. Since then, he has hosted several live webinars for companies, and has recouped the $7,000 spent on his home studio.

“Some clients probably saw my online show. They started asking if I could take on paid jobs from home,” he said. “The home studio was one of those investments that you make and hope for the best. And in this case it worked out.”

Phua, the tour guide, has in recent months worked as a private hire vehicle driver and a food delivery rider. Three months ago, he made the switch to become a public bus driver, opting for a salaried job that provides more stability and security. He now makes about $3,000 a month.

“I’m not giving up on being a tour guide,” he said. “But no one knows when tourists are coming back. Right now, I need to think about my daily needs, and not just about what I love doing.” 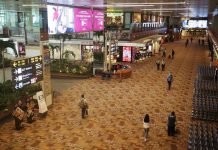 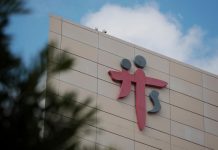 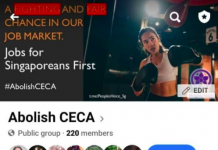 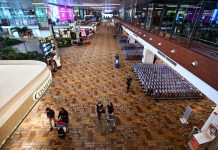 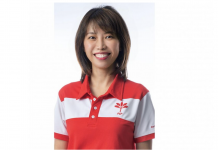 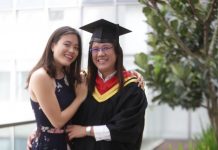 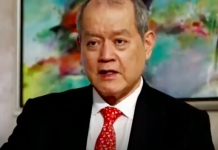 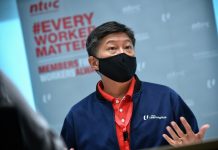 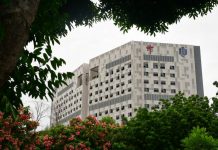 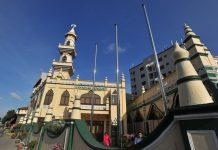