Titi, a small Malaysian township about 70km east of Kuala Lumpur, is yearning for the return of domestic tourism. Once a popular weekend destination for those in the capital, everything changed when Covid-19 hit. As restrictions ease, residents are hopeful that visitors will return to the mainly ethnic Hakka township, whose history includes migration from Huizhou in China’s Guangdong province and the scars of a wartime massacre.

Retiree Siow Voon Pin, 77, recalled that just before the pandemic hit Malaysia in early 2020, local tourists from neighbouring states and the capital Kuala Lumpur would head to Titi for a weekend getaway.

“Many would drive to Titi for a two-day, one-night tour, which usually includes the Kwong Fook Kong temple to pray and ask for good fortune,” said Siow, referring to the town’s oldest Chinese temple built in 1892. 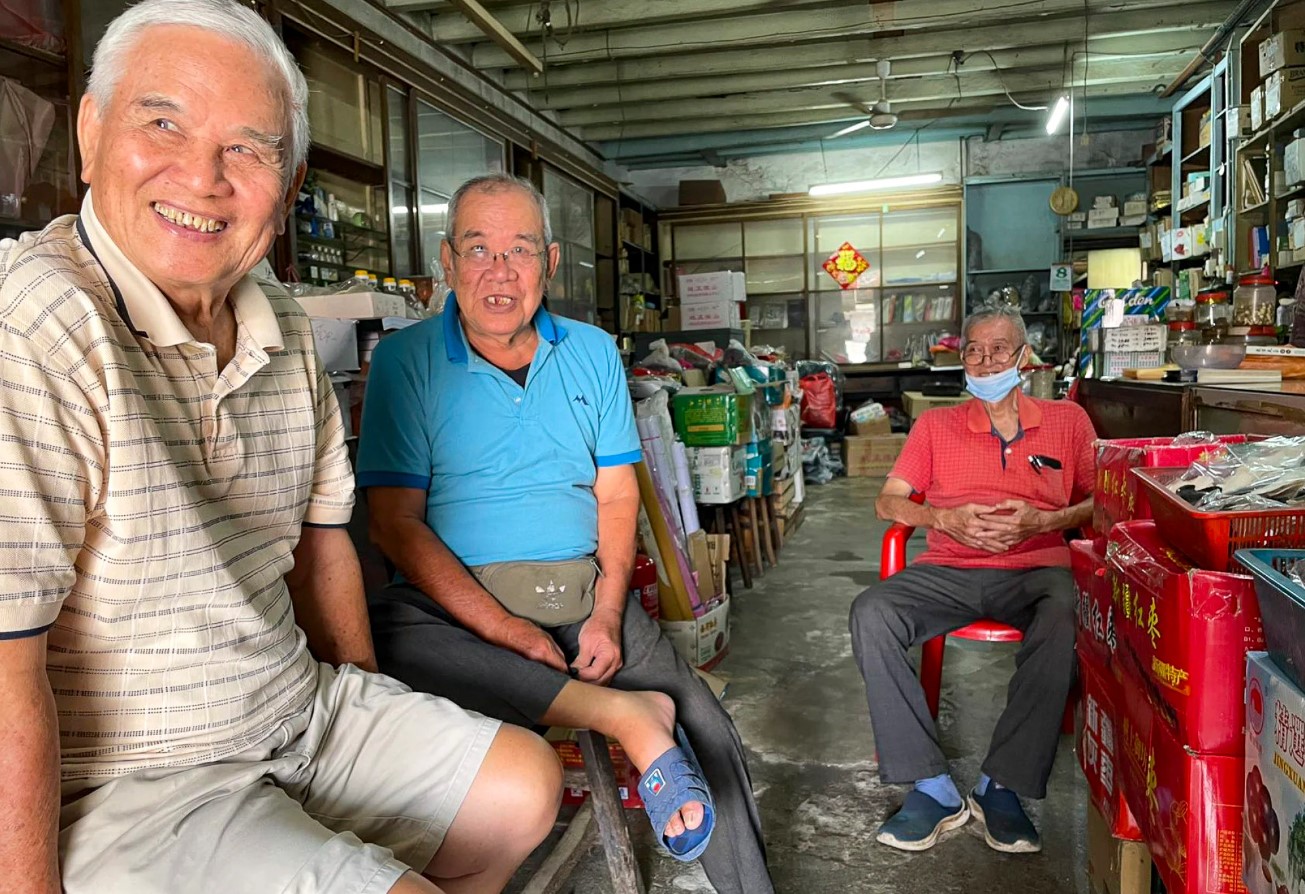 Other attractions include the monument for victims of Japanese aggressions during World War II, the St Augustine Catholic Church and Titi bridge, which the town is named after, and referred to by the locals as “lovers’ bridge”.

Titi, meaning bridge in Malay, has a population of just above 6,000, the result of migration to bigger cities and nearby Singapore in search of better opportunities.

A mainly agricultural town, Titi is known for its produce, especially pineapples – considered among the best in Malaysia – as well as tapioca and sweet potatoes. Residents mainly work as rubber tappers or are owners of palm oil, rubber or fruit estates.

“But what has really drawn in the crowds is the distinctive street art,” said Siow, referring to the murals that have turned the sleepy town into a minor social media sensation in recent years. 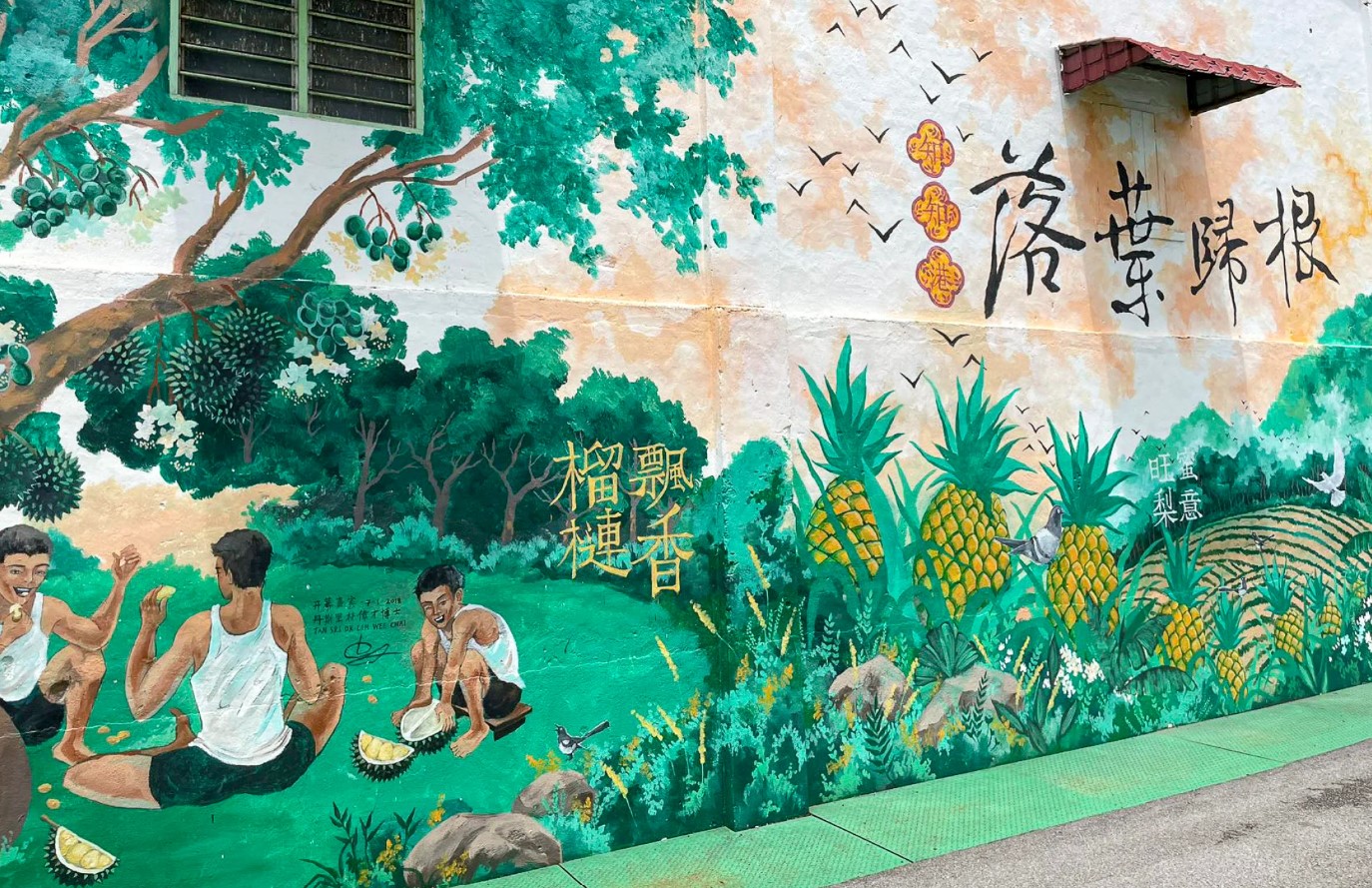 One prominent mural features a pineapple farm and people enjoying durians, while splashed across it are the four Chinese characters luo ye gui gen , or “fallen leaves return to their roots”.

Another attraction is the Siong Tee Kong temple which draws many visitors during the Lunar New Year and public holidays, but since Malaysia imposed the Movement Control Order in March 2020, many have stopped coming, according to Lee Tze Ping, a member of the temple’s management committee.

See also  Khairy: No quarantine for asymptomatic, boosted close contacts aged 18 and above from March 1

“The restrictions were so strict that even local believers were discouraged from coming,” Lee said. “Visitors are still not returning to Titi and to the temple.” 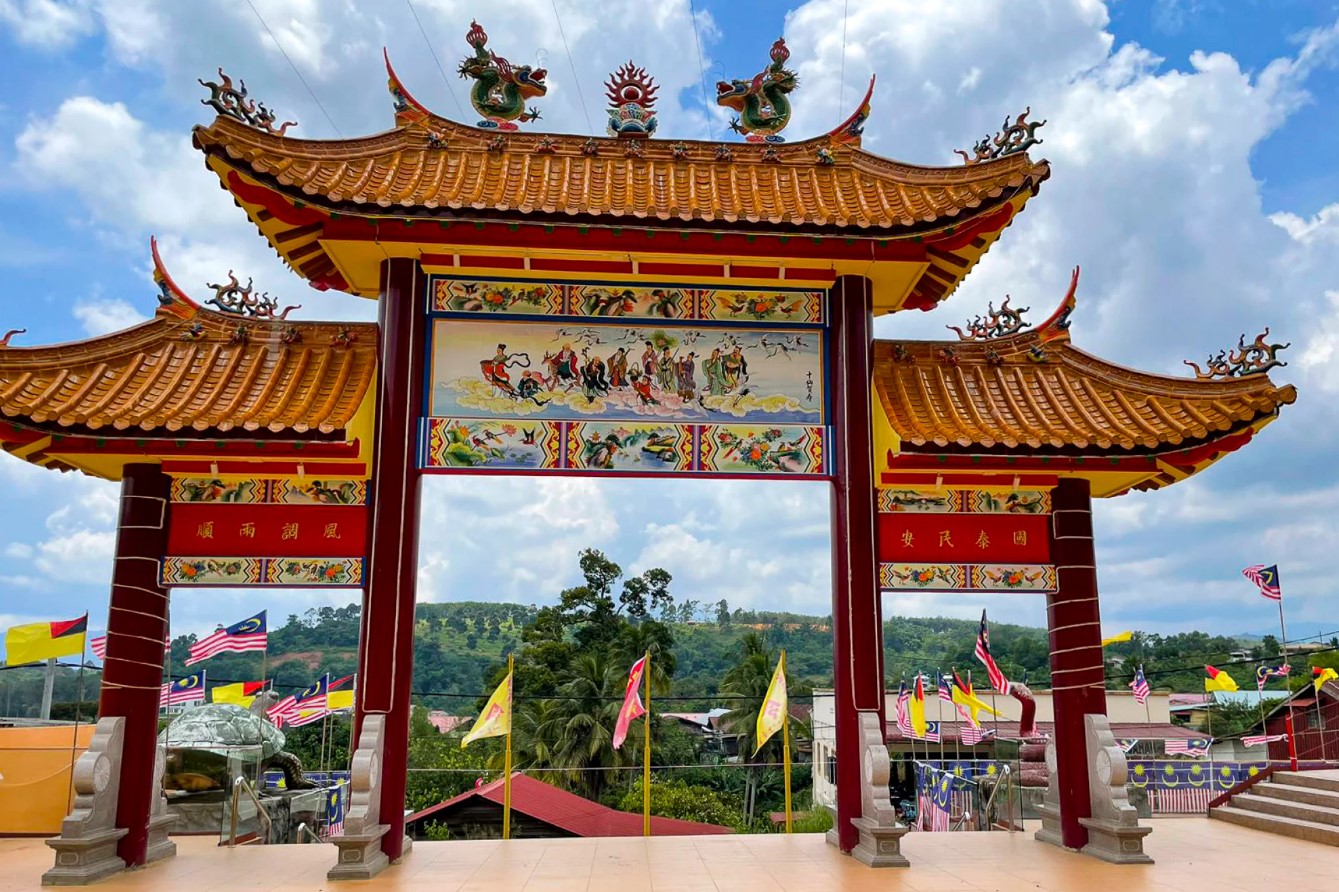 When This Week in Asia visited the temple last week, a sign prominently stated that no more than three people were allowed on its premises.

Visitors to the temple are also urged to mask up, despite Malaysia recently dropping its mask mandate for most indoor settings except on public transport and in medical facilities, and those who tested positive for Covid-19.

Malaysian Health Minister Khairy Jamaluddin said on Wednesday last week the government would leave it to owners of premises to decide whether they would do away with mask wearing.

In an email reply, Titi Eco Farm Resort said it had not yet opened and did not accept bookings, adding that it was “under preparation to reopen most likely at the end of October or early November”.

Describing itself as “the pioneer of integrated organic agriculture in Malaysia”, the 40-acre (16.2 hectares) farmland has been popular in recent years among visitors keen to live on an organic farm and savour organic produce.

A longtime Titi resident, who wished to be known as Madam Lim, said many residents “miss the buzz of domestic visitors to the town”.

“With local tourists staying away, many shops and eateries are closed,” Lim said. “For those still open, the variety of foods is also far less as compared to before Covid hit.” 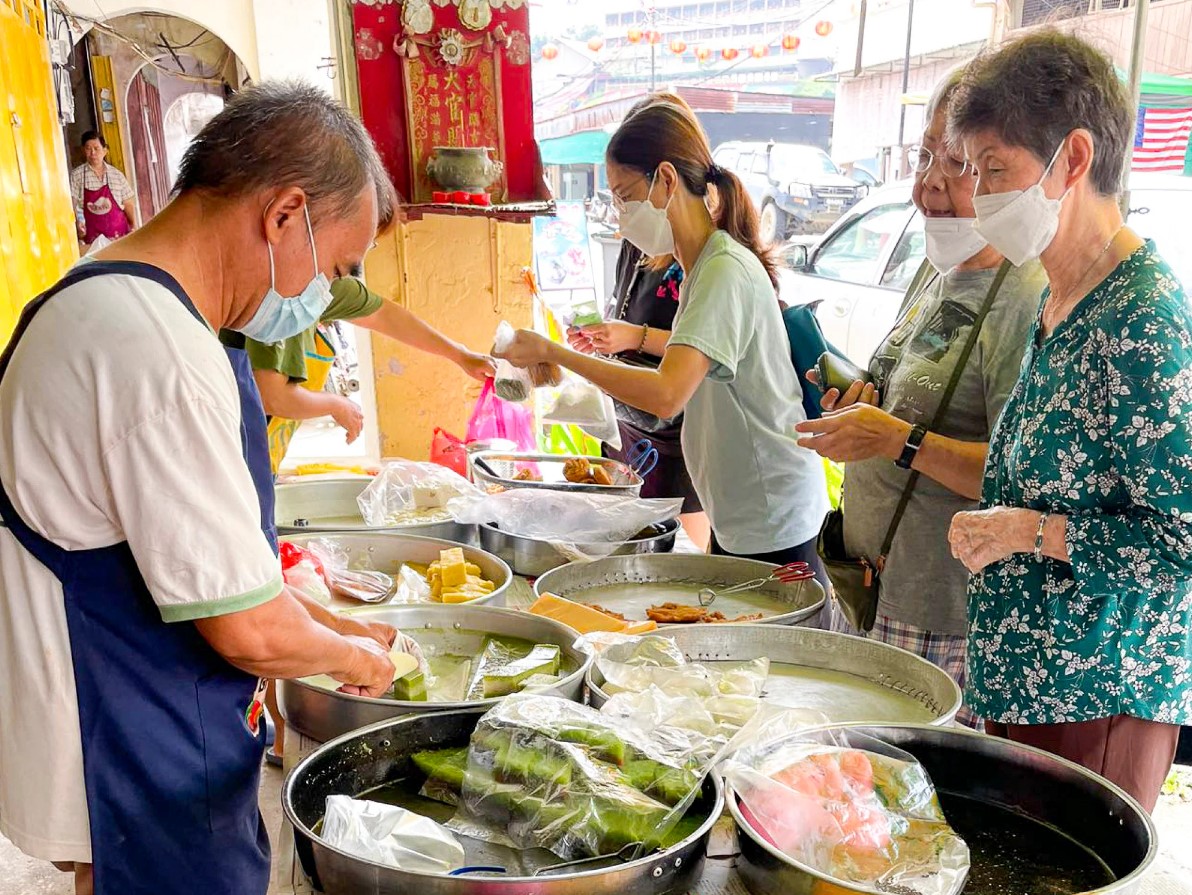 While visitors are still shying away from Titi, an Airbnb report last week expressed optimism that the resurgence of domestic and inbound tourism had benefited rural communities in Malaysia.

“Fundamental shifts in travel are creating new opportunities for communities that [lie] off the beaten track,” the report said, adding that non-urban nights booked increased in the second quarter of 2022 as compared to the same period in 2019.

To boost domestic tourism, authorities launched the Tourism Recovery Plan 2022 in May where, among others, vouchers and rebates will be distributed to Malaysians to encourage them to travel within the country.

The Negeri Sembilan Tourism Board is also reportedly seeking to grow beach tourism and eco-tourism, as well as cultural and heritage tourism through social media campaigns.

‘Most of the village had been razed to the ground’ 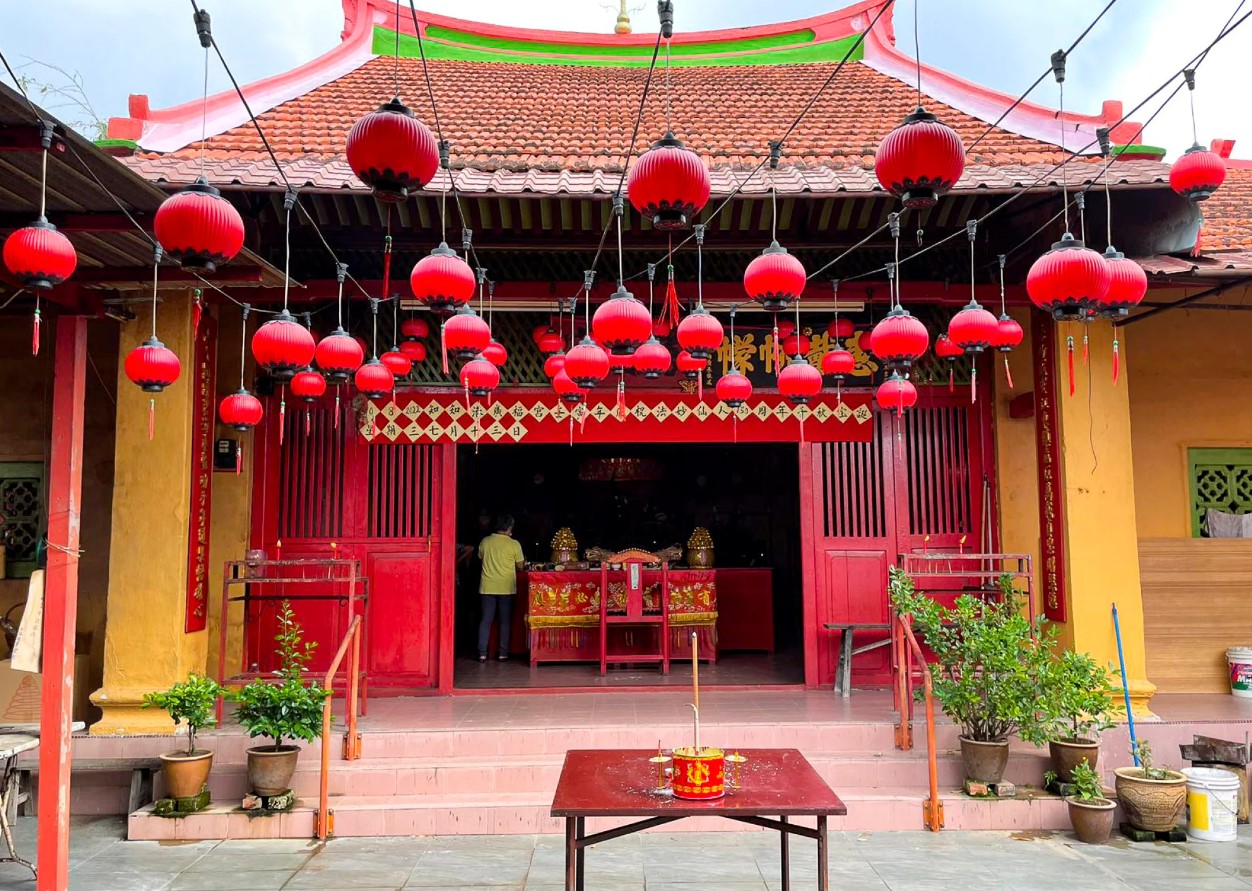 Once a booming gold and tin mining town, Titi is mainly inhabited by Hakkas from Huizhou in China’s southern Guangdong province.

According to the late author Laurence Siaw in his 1983 book, Chinese Society in Rural Malaysia , an early Huizhou pioneer named Siow Kon Chia arrived in Malaysia in 1892, where he first worked as an odd-job labourer in mines and shops in Malacca.

He later moved up north to Seremban – the current capital of Negeri Sembilan state – after meeting Roman Catholic missionaries who helped him financially and gave him a job as a general helper at the church. 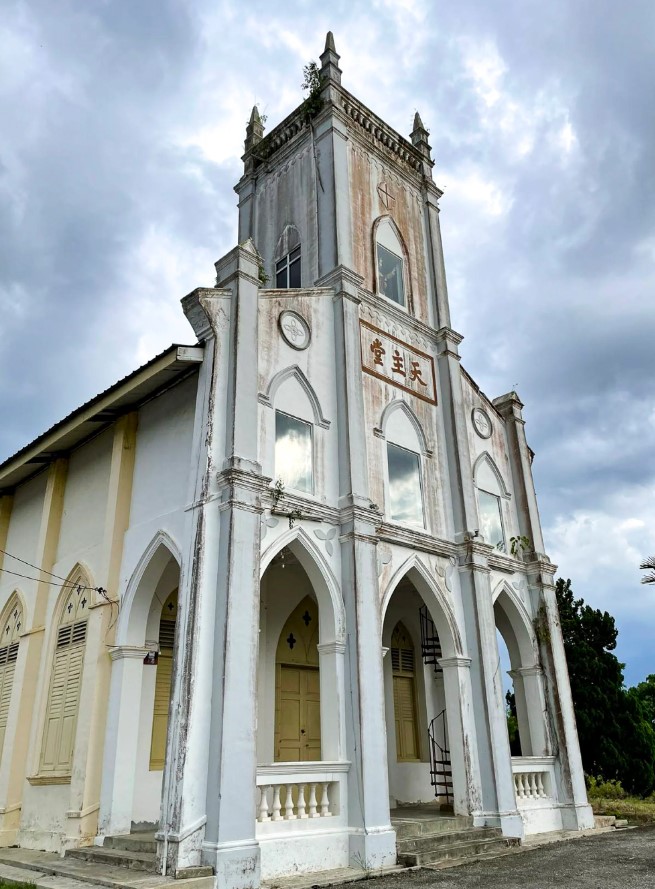 Kon Chia decided to recruit more labour from his home village in China, Siaw wrote, noting that he provided equipment and allotted five acres of land to anyone prepared to work it. By the turn of the century, more than a thousand families were said to have migrated to Titi.

Kon Chia also donated to the church in Seremban and in 1905 financed the building of the St Augustine Church.

On March 18, 1942, the Japanese army rounded up 1,474 men, women and children in Titi on the pretext of conducting identity checks. The residents were later stabbed to death with bayonets. 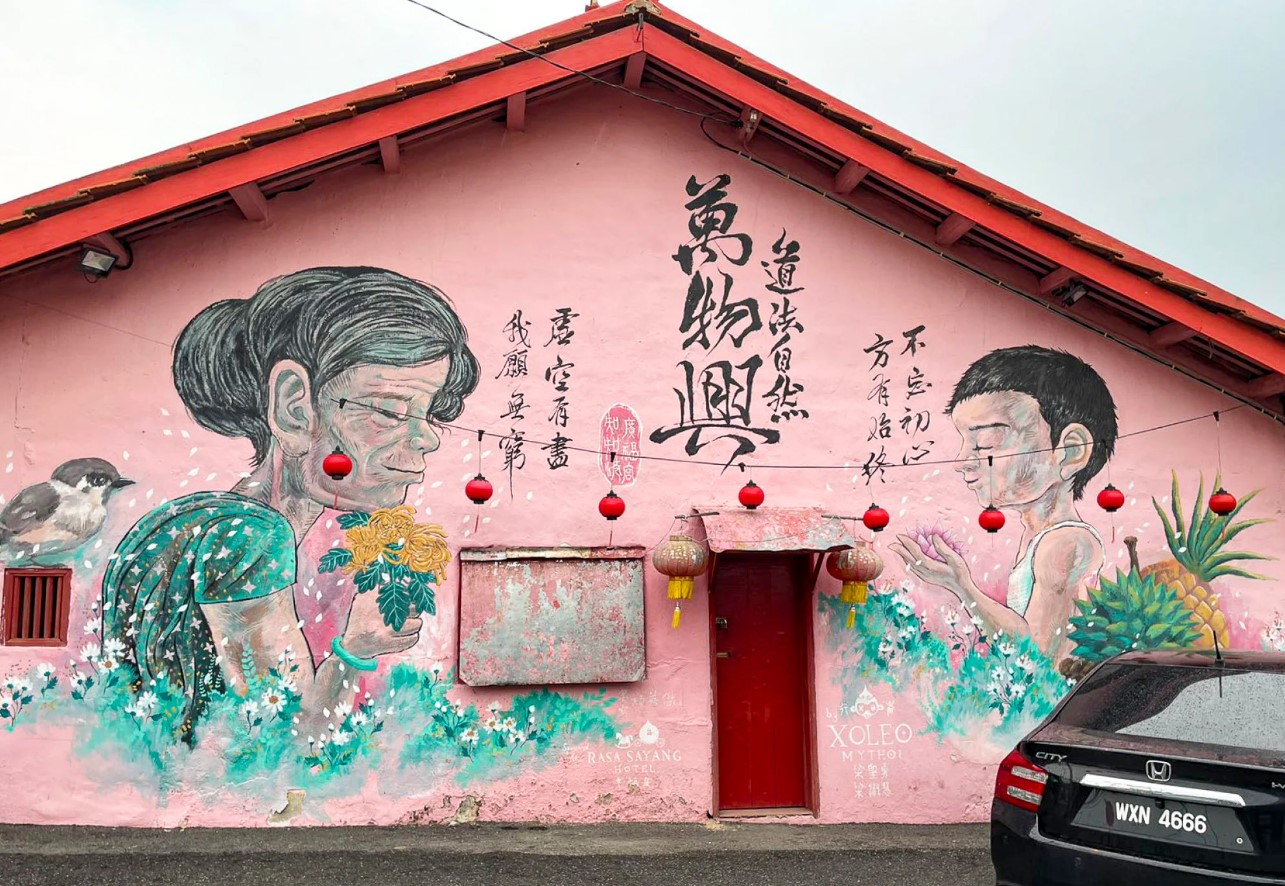 Chu Hew Yin, an 82-year-old local historian who has published books about Titi, said he and his immediate family went to stay with relatives elsewhere as he had a fever, and hence only narrowly escaped the massacre.

However, upon returning, they were greeted by the gruesome sight and stench of rotting bodies – several members of his mother’s family had been killed.

“The nearby river had turned a dark red while most of the village had been razed to the ground,” said Chu, who added the massacre was aimed at punishing ethnic Chinese for their broad overseas opposition to imperial Japanese rule in China. Similar tragedies had occurred in Chinese communities across Malaya, he said. 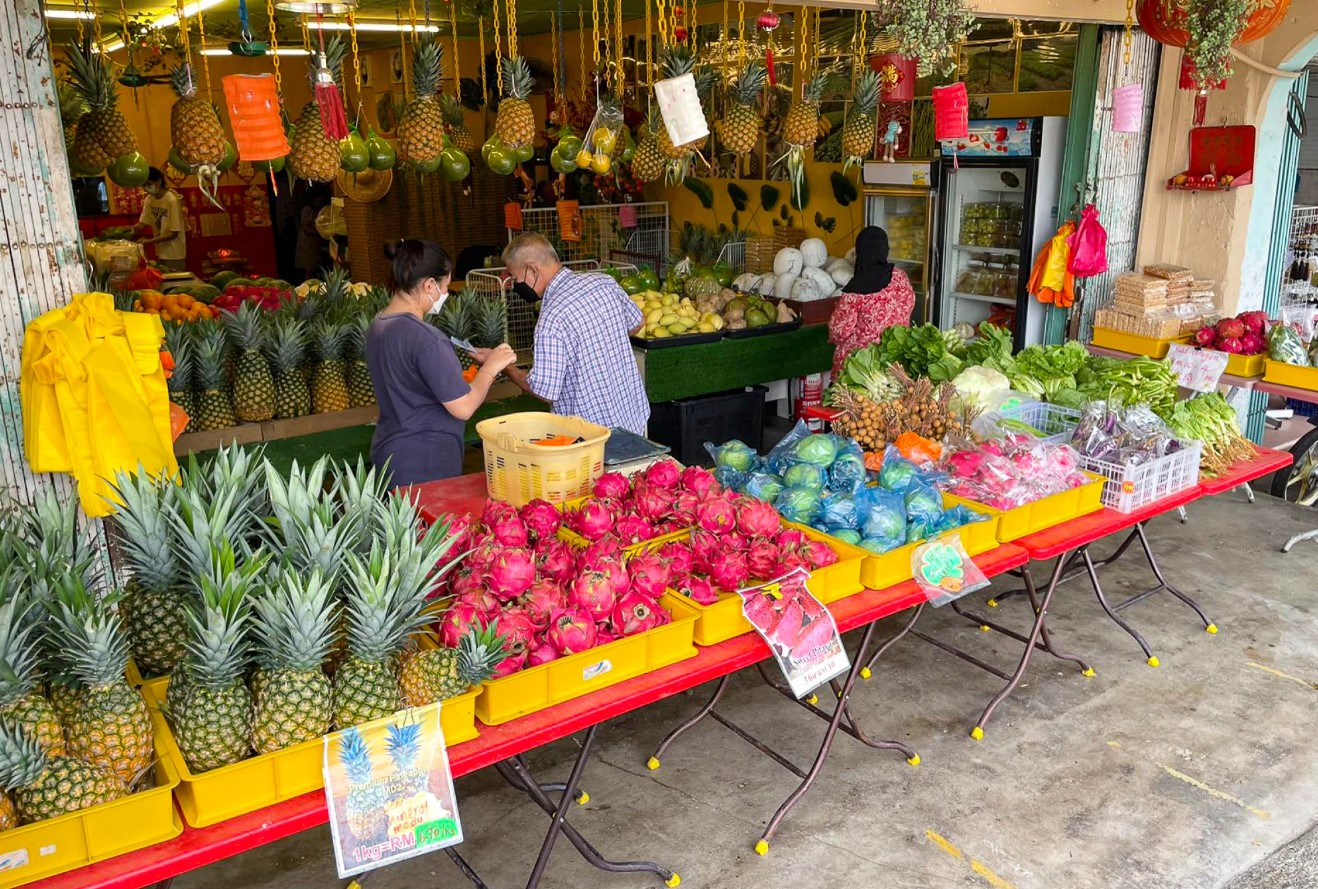 The late Siow Meow Yan, who spoke to this writer in January 2020, said the jungle around Titi was also a strategic meeting point of the borders of three Malaysian states: Selangor, Pahang and Negeri Sembilan.

“This made the region ideal as a hideout for pro-Communist forces,” the former president of the Association of Historical Artifacts Research in Titi said, adding that those suspected of being anti-Japanese were either killed or tortured as prisoners.

The Jelebu area in which Titi is located was said to be the main supply centre for the Malayan People’s Anti-Japanese Army.

“History should not be forgotten, especially the devastation of war,” Chu said.