An eventful 2021 for the K-drama industry ended on an ignominious note in December with the launch of Snowdrop, the highly controversial Disney+/JTBC drama which sparked a furiously negative reaction among Korean viewers, over 300,000 of whom signed a petition requesting its cancellation.

Though many skittish advertisers jumped ship almost immediately, JTBC stood firm, issuing a statement to the effect that claims of historical distortion amounted to misunderstandings, which would be cleared up naturally in the coming episodes.

It is true that the show airing now – nine episodes into its 16-episode run – has changed a lot since the first pair of episodes aired before Christmas. When Snowdrop began, there were the makings of a halfway decent show beneath its political missteps.

However, if scriptwriters were guilty of historical misjudgment early on it is nothing compared to what followed; as the series has unfolded it has become egregiously tedious as it quickly boxes itself into a narrow and repetitive storyline.

When we last saw Hosu Women’s University student Eun Young-ro (Blackpink’s Jisoo), she was nursing North Korean agent Lim Soo-ho (Jung Hae-in from D.P. ) back to health in an abandoned attic after he had crashed into her dorm as he escaped agents from the Agency for National Security Planning (ANSP).

In episode three, Young-ro and her co-conspirators use the cover of an open house event at the dorm, the one time of year students are allowed to invite men over, to smuggle Soo-ho out. After a few close calls, Soo-ho escapes on a bicycle with Young-ro riding side-saddle behind him and they share an emotional goodbye as snow flutters over them.

Structurally, this approach makes a lot of sense. The protagonists have been forced into a critical suspense-filled situation which forces them to get to know each other quickly, and now they go out into the wide world, where the wider story can unfold.

However, Snowdrop isn’t an ordinary show. By episode four, following another botched spy operation, Soo-ho is once again on the run from the ANSP and dashes with his comrades into a secret passageway in a forest, which leads them … right back to the Hosu University dorm. 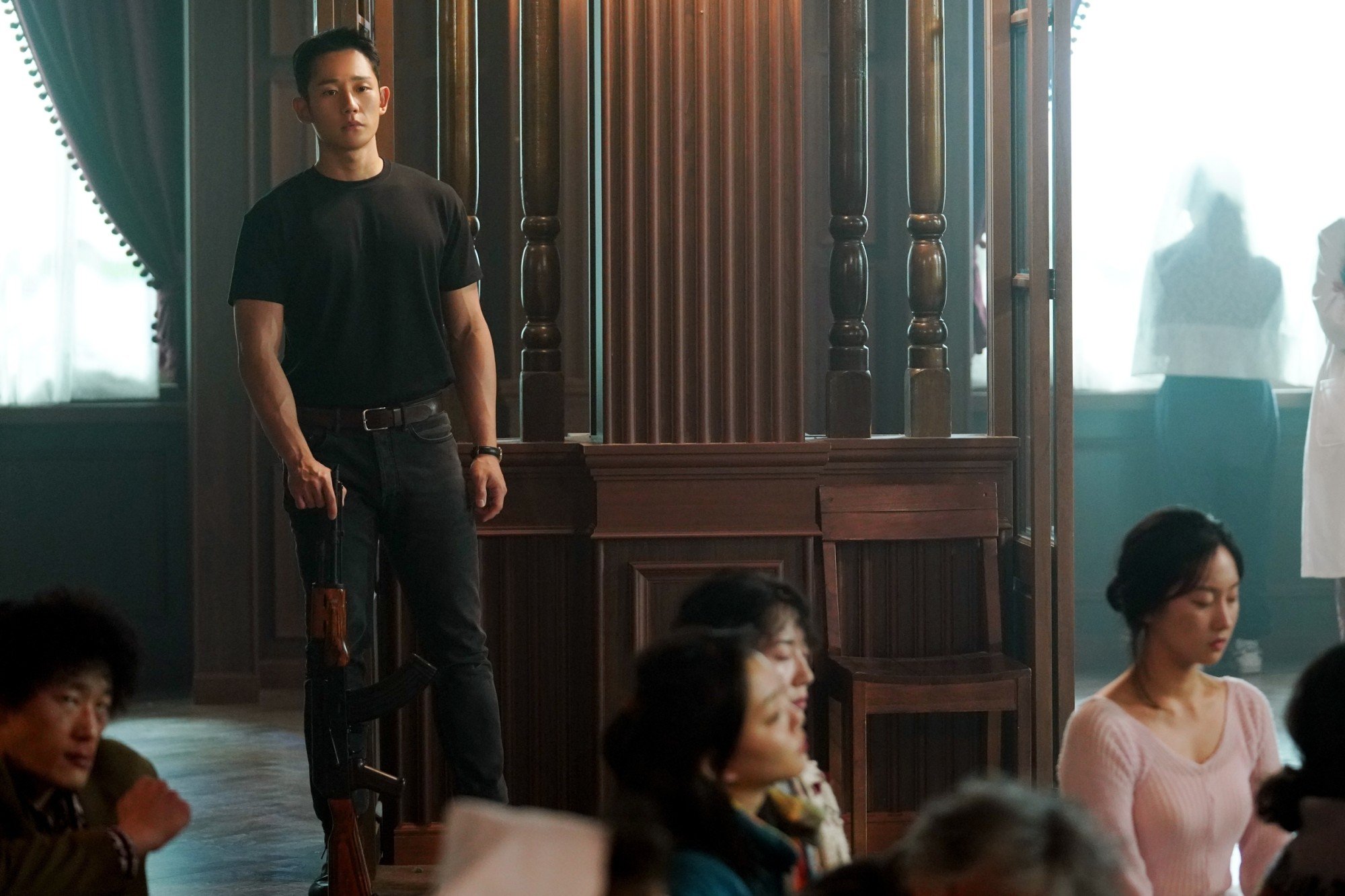 North Korean agents and ANSP operatives cause havoc in the dormitory and Soo-ho is forced to use Young-ro as a hostage at gunpoint, several times, to get the ANSP to back off. Soo-ho and his two comrades then take the whole dorm hostage, as well as ANSP agent Lee Gang-mu (Jang Seung-jo). The story has engineered its way right back to the dorm and this time it’s there to stay.

The coincidences then pile up pretty quickly. Young-ro is revealed to be the daughter of presidential hopeful Eun Chang-su (Heo Joon-ho), her naval brother dies in an altercation with the North Korean military directly related to the kidnapping, and Soo-ho turns out to be the son of the high-ranking North Korean official engaged in shady deal-making with Chang-su and Nam Tae-il (Park Sung-woong).

Meanwhile, Hosu dormitory matron Pi Seung-hee (Yoon Se-ah) is actually a sleeper spy for the South, and Kang Chung-ya (Yoo In-na), the doctor and lover to Tae-il who is sent into the hostage situation, turns out to be a legendary North Korean spy.

ANSP agent Gang-mu was at first painted as a villainous security agent, the kind that would have waterboarded student protesters in the Korea of the 1980s, but by the time he stands up to the North Korean spies he has morphed into a heroic character. Throughout the hostage situation he’s the only person the young captured girls can turn to for help.

Chang-su, as a high-ranking cog of the autocratic ruling party who is engaged in a plot to steal the upcoming election, is another villainous character that the show opts to humanise. We see him mourn his son, who was killed by North Koreans, and we bear witness to his attempts to save his daughter from the politically sensitive hostage situation. 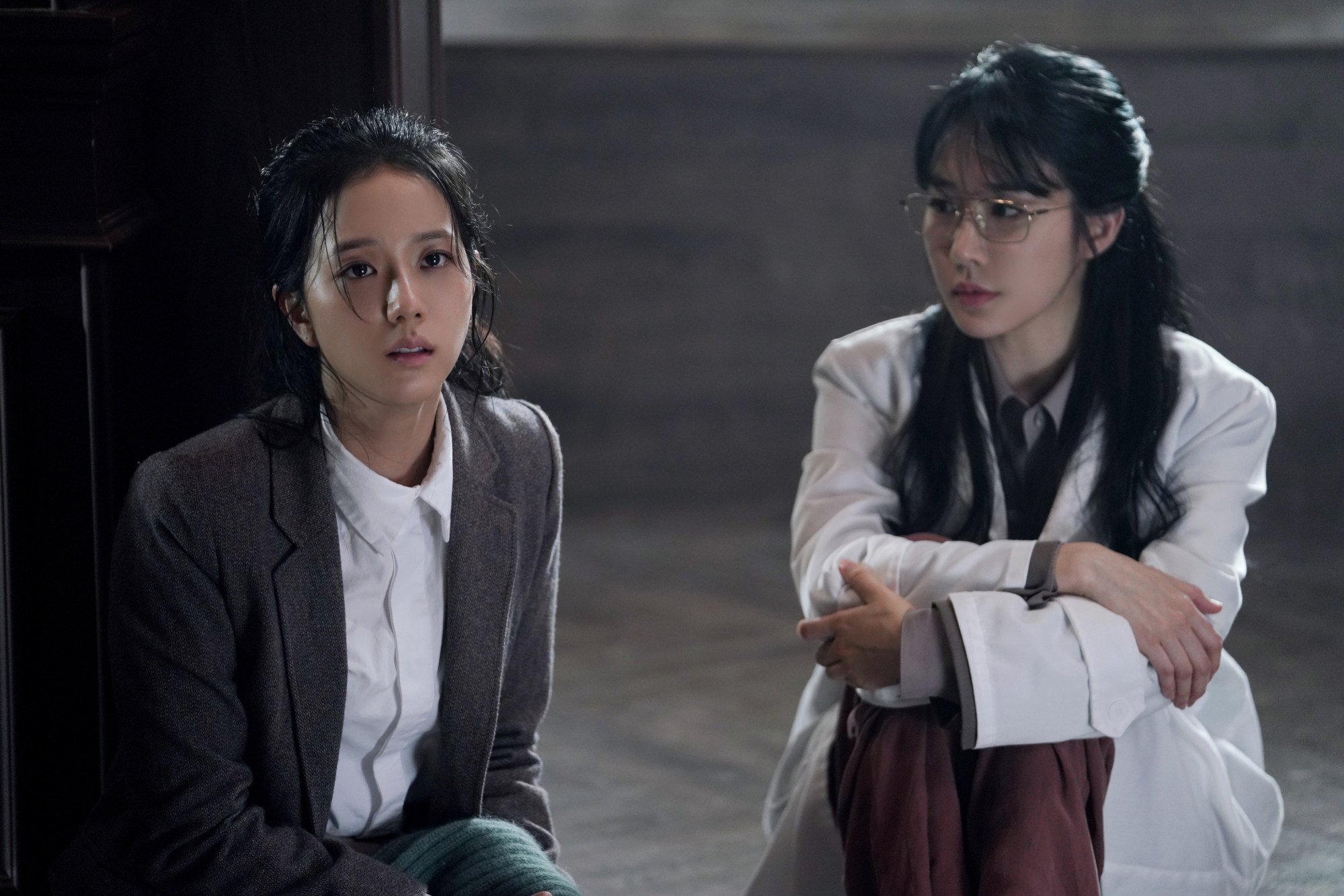 In her landmark reporting on the Nazi war crime tribunals for The New Yorker, Hannah Arendt referred to the ‘banality of evil’, but it’s unlikely that this is what she meant.

In its handling of one of the most sensitive eras of Korea’s modern history, Snowdrop has repeatedly shown itself to be utterly tone-deaf as it patched together a fantastical story built on baffling moral arcs and informed by real events and real characters. 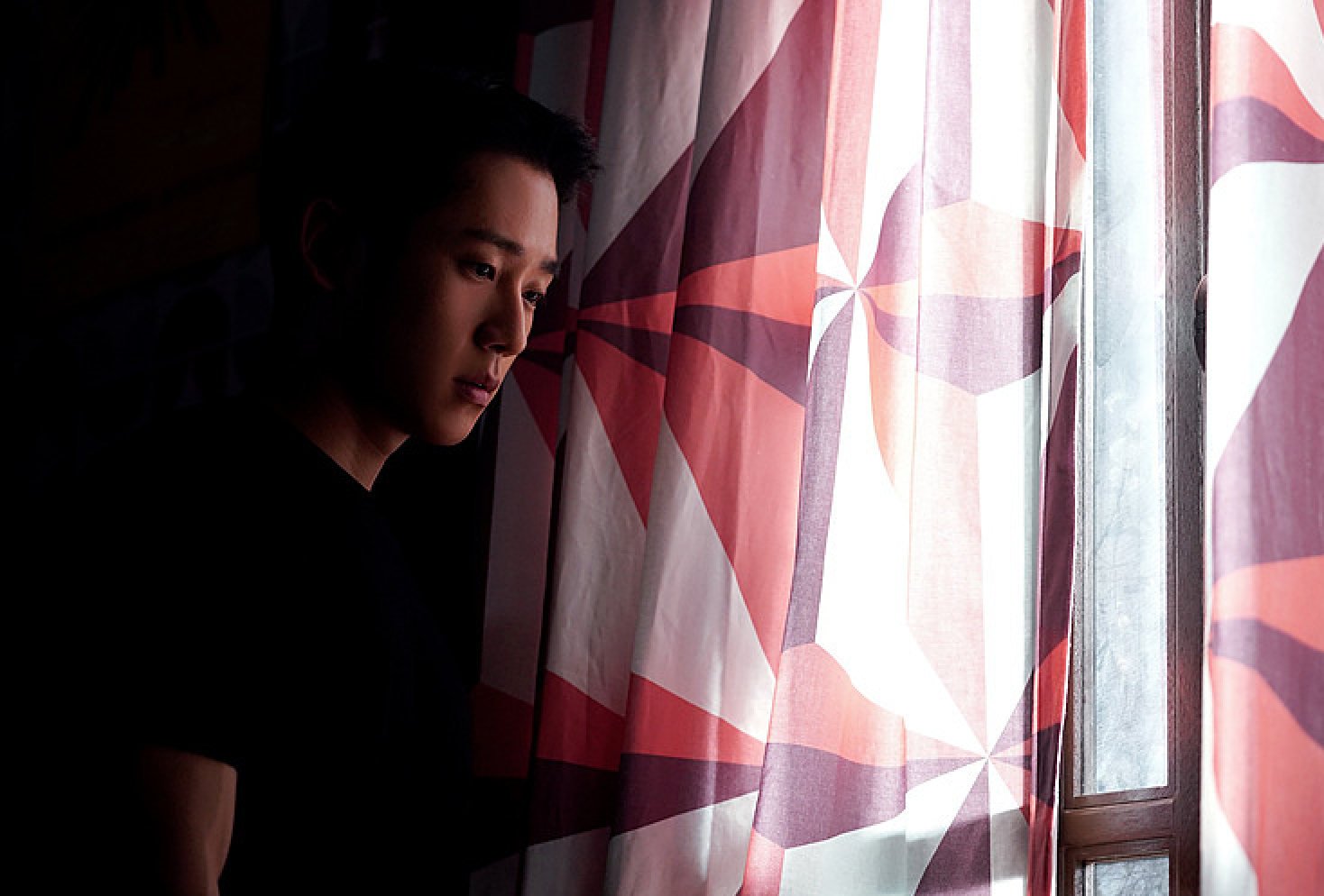 Snowdrop even manages to make a careless allusion to conspiracy theories relating to more recent political events. When Chang-su’s wife Hong Ae-ra (Kim Jung-nan) visits a famous one-eyed shaman, he tells her that her husband will become president if 13 virgin girls are sacrificed – a prophecy the hostage situation threatens to fulfil.

This is an allusion to an outrageous conspiracy theory that sought to explain what former President Park Geun-hye was doing during the infamous eight hours she disappeared on the day the Sewol ferry sank in 2014. The theory goes that she was taking part in a shaman ritual to sacrifice the lives of the teenagers aboard the ferry to revive her dead father, the assassinated President Park Chung-hee.

Yet even a theory as preposterous as that makes more sense than the story we’ve been subjected to so far in Snowdrop.

Snowdrop is streaming on Disney+. 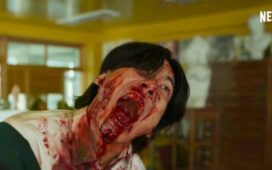 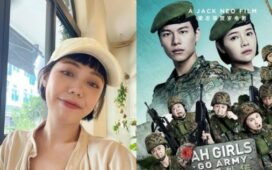 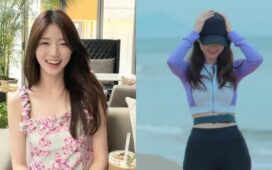 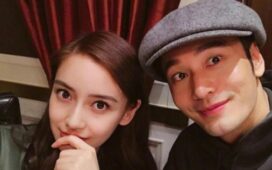 'We are still family': Angelababy and Huang Xiaoming announce end of 6-year marriage 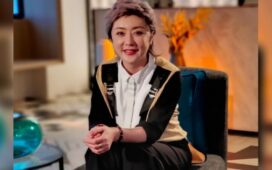 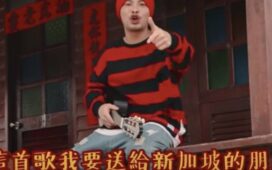 Namewee writes 'CNY song for Singapore', but why does it sound almost identical to Mediacorp's version? 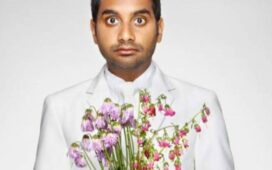 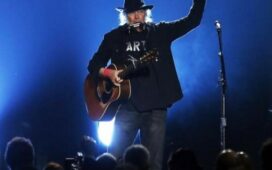 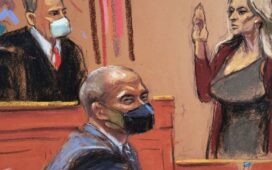