Sofia Jane challenges the Malaysian authorities to put more care into arts such as the film industry. — Picture by Choo Choy May

KUALA LUMPUR, Aug 14 — There have been many changes to the local film industry over the years, but not all of them have been good or welcome, said award-winning Malaysian actor Datin Sofia Jane.

She recalled the glory days of the National Film Development Corporation or Finas, when the premiere of films at its grounds brought not just industry players but also enthusiasts such as film students or even laymen with a passionate interest in local films.

“We need to be brave and we need to fail and be brave and fail again. Look at South Korea and how long it took them to actually be where they are today,” she told Malay Mail in a recent interview.

She said that elevating the Malaysian film industry to become an international success is doable, but the endeavour would require everybody to care about it — including the relevant ministries.

“You always end up with good intentions but there’s only so much you can do because you don’t have the last say in whether things can get done or not,” she said.

Sofia joined veteran actor and producer Datuk Rosyam Nor who told a forum on Thursday that the local industry can emulate the South Korean creative industry to become the country’s major earner and increase its renown.

See also  No inter-district travel during Hari Raya in Sabah

In response, the Communications and Multimedia Minister Datuk Saifuddin Abdullah had in 2020 tasked Finas with a roadmap — dubbed “Project Oscar” or “Road to Oscars” — for local films to win in the much-coveted Academy Awards in 20 to 30 years.

Despite the effort, director and writer Badrul Hisham Ismail said he finds it bizarre that in the country, the film industry falls under the purview of the Ministry of Communications and Multimedia, rather than the Ministry of Tourism, Arts and Culture.

“In terms of how the authorities see it, films aren’t even arts and culture but [a form of] communication,” he said, referring to how films are expected to present some sort of narrative or message on behalf of the authorities.

Badrul also pointed to how there is a dearth of independent cinemas here to cater to a different audience rather than the ones served by local giants GSC and TGV.

“But those things are lacking here because we only have big cinemas. We only have multiplexes; we don’t have independent cinemas,” he commented, saying that a film with a smaller budget cannot afford to get distributed nationwide on GSC or TGV.

He said that this is why Malaysian independent filmmakers gravitate to streaming platforms, as it is a place where they knew they did not have to compete with larger films for an audience. 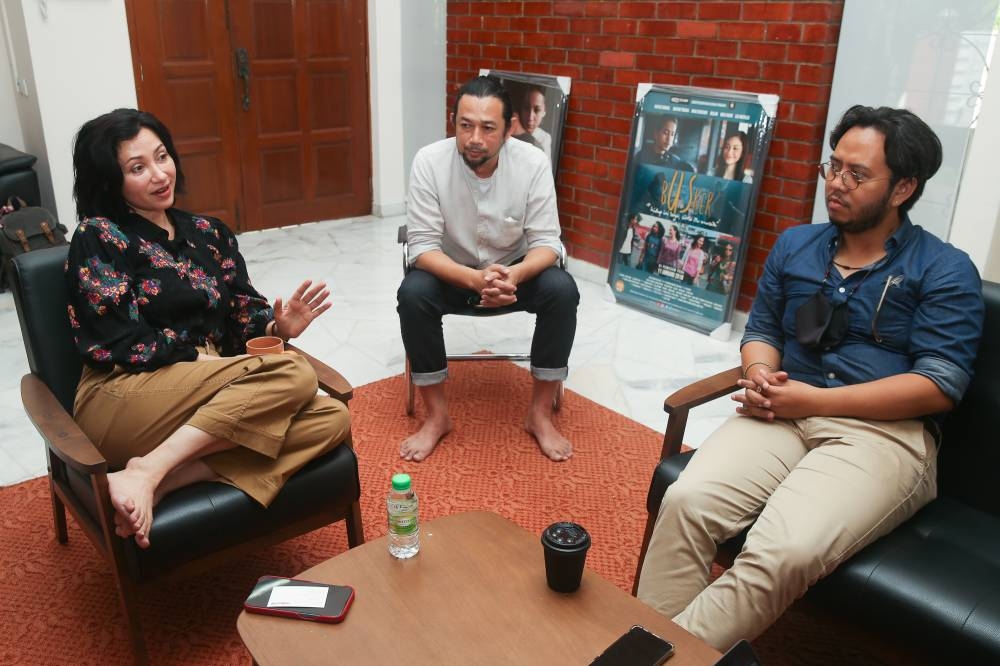 While acknowledging that streaming platforms such as Netflix has opened doors for films from abroad to compete against locally-produced content, Sofia said she views it as a challenge for local filmmakers to up their storytelling game.

Sofia will appear next in Maryam Dari Pagi Ke Malam, directed by Badrul.

In Maryam, Sofia plays a gallery owner in her 50s from a noble Malay family who wishes to marry Damien, her younger partner from Sierra Leone, but faces opposition from her father (Omar Abdullah).

Currently in post-production, it also stars other renowned names in the industry such as Roslan Madun, Azman Hassan, Pekin Ibrahim and Bella Rahim in supporting roles.