South Korean forces have arrived in waters near the strait of Hormuz as pressure builds on Iran to free a South Korean tanker it seized along with its crew on Monday.

Iran’s Revolutionary Guards said they had taken control of the South Korean vessel, the Hankuk Chemi, and its 20 crew because it was “polluting the Persian Gulf with chemicals”. The tanker is being held at Iran’s Bandar Abbas port city.

The Choi Young, a destroyer carrying members of the Cheonghae anti-piracy unit, arrived in the strategically important area on Tuesday, as officials in Seoul sought a diplomatic solution to the standoff.

Officials stressed there were no plans to conduct a military operation to free the crew of five South Koreans, 11 Myanmarese, two Indonesians and two Vietnamese, according to the Yonhap news agency.

“[The destroyer] is carrying out missions to ensure the safety of our nationals,” foreign ministry spokesperson Boo Seung-chan said on Tuesday.

An unnamed official told Yonhap: “The issue should be resolved through diplomacy. The unit is focused on the safety of our people who use the waterway after the seizure.”

The Hankuk Chemi’s owner said on Tuesday that Revolutionary Guard troops had stormed the vessel and forced it to change course and travel to Iran. That account contradicts Iranian claims that the ship had been stopped for polluting the waters of the Persian Gulf and the strait of Hormuz.

The South Korean foreign minister, Kang Kyung-wha, did not comment directly on speculation that Tehran had seized the vessel to pressure Seoul into releasing billions of dollars of Iranian assets frozen in South Korea as part of US sanctions against the regime.

Kang said her priority was to “verify the facts and ensure the safety of the crew members”.

She added: “We have been trying to figure out what happened through the Iranian embassy in South Korea and the South Korean embassy in Iran and are continuing to make efforts to address the situation.”

There was confusion over plans to send a senior South Korean official to Iran this weekend to negotiate the vessel’s release.

Iranian state TV cited a Tehran government official as saying that the vice foreign minister, Choi Jong-kun, had been due to discuss Iran’s demand that $7bn in frozen funds be released.

However, a foreign ministry official in Seoul told Reuters that Choi’s visit was “unclear as of now”.

Last Sunday, the Tehran Times newspaper reported Iran was hoping to negotiate an agreement to use the frozen funds to “barter” for coronavirus vaccine doses and other commodities.

The Revolutionary Guards said on Monday the Hankuk Chemi, which was carrying 7,200 tonnes of ethanol, “was seized by our force’s [navy] this morning”.

They added: “This tanker was headed from Saudi Arabia’s Al Jubail port and was seized due to the repeated infringement of maritime environmental laws.” 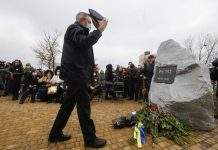 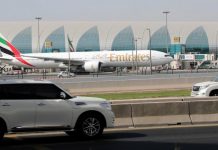 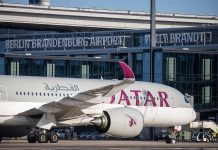 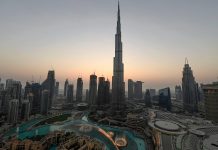 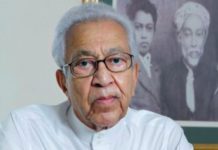 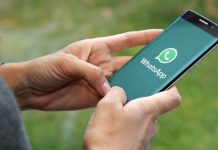 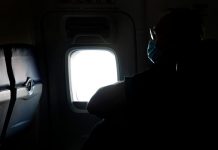