SINGAPORE – Speaker of Parliament Tan Chuan-Jin met top Vietnamese leaders this week as he led a delegation of six Singapore MPs on an official visit to Hanoi.

Mr Tan and his counterpart, chairman of the National Assembly of Vietnam Vuong Dinh Hue, also signed a memorandum of understanding (MOU) to promote ties between parliamentarians of the two countries.

On Friday (May 20), Mr Tan told reporters that the MOU would provide a framework to increase and deepen interactions and collaboration between parliamentarians from both countries.

“We’re doing that, but the commitment established by the MOU really is to make this happen in a more extensive way,” he said. “We are certainly committed to not just signing a document but bringing it alive.”

Mr Tan also discussed with chairman Hue – who had invited him to make his first official visit to Vietnam as Speaker – the importance of parliamentary dialogue and the exchange of ideas and views in a fast-changing world, according to a statement by the Office of the Clerk of Parliament on Thursday (May 19).

At the Speaker’s meetings with President Phuc and Prime Minister Chinh, the strong relations between Singapore and Vietnam were reaffirmed and both sides expressed confidence in increased close cooperation between the countries in a post-Covid-19 pandemic world – in areas such as economic development, the revival of tourism, sustainability, the digital economy and people-to-people ties.

In a speech at a welcome reception hosted by chairman Hue on Wednesday, Mr Tan noted that Singapore was Vietnam’s top source of foreign investment in 2020 and 2021, amounting to about US$20 billion (S$27.6 billion) of investments over the past two years.

He also said that being able to travel so freely to Vietnam was testament to the country’s success in bringing Covid-19 under control, and noted that high-level engagements had continued throughout the pandemic – including a virtual caucus of the Asean Inter-Parliamentary Assembly, where parliamentarians from the regional bloc reaffirmed their commitment to the importance of supply chain resilience and trade connectivity.

“Since the establishment of diplomatic relations in 1973, bilateral ties have grown from strength to strength,” said Mr Tan on Wednesday. “This relationship is built on a commitment to the common goals and values of Asean centrality and unity, an open and rules-based order, and deeper regional economic integration.”

He added that Singapore’s and Vietnam’s governments and companies were pursuing cooperation in areas such as clean energy, climate change, cyber security, innovation, and sustainable infrastructure.

“This will help us build back better from the pandemic and gives me great optimism for the future of our bilateral relations,” said Mr Tan.

Mr Tan and the Singapore delegation also visited the Chu Van An High School, a partner of Singapore’s National Junior College under the Singapore-Vietnam School Twinning Programme, on Thursday.

The day before, the delegation headed to the Ho Chi Minh Mausoleum, the resting place of the eponymous former Vietnam president who ruled from 1945 until his death in 1969.

Mr Tan laid a wreath as a mark of respect, noting on his Facebook page that the next day (May 19) was the birth anniversary of the influential statesman, making the “solemn event even more meaningful”. 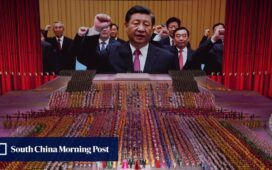 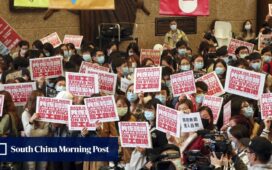 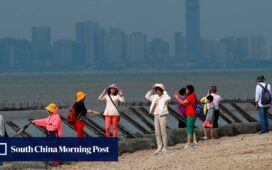 A bridge too far? Taipei mayor draws fire for proposal to link Quemoy and Xiamen 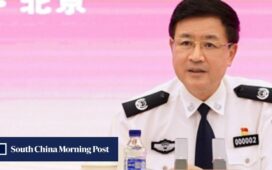