'Spider-Man: No Way Home' swinging back into Malaysian cinemas this September with ‘more fun stuff’ (VIDEO)

KUALA LUMPUR, July 20 — Spider-Man: No Way Home is swinging back into local theatres with an extended cut dubbed as ‘The More Fun Stuff Version’.

The announcement came back in June but the global release date for the extended cut was just shared via Spider-Man: No Way Home’s social media as well as via Sony Pictures social media yesterday.

You wanted more Spidey and you got it! #SpiderManNoWayHome: The More Fun Stuff Version swings into movie theaters in the US and Canada September 2! More countries to be announced soon! pic.twitter.com/4Ux3AwdpfO

The extended cut is set to get its cinematic release in 34 countries worldwide with Malaysia scheduled for a September 9 release, sharing the same date with Germany and Singapore.

Spider-Man: No Way Home ‘The More Fun Stuff Version’ is reported to have both extended and additional scenes although there is no further information regarding the additional material being added into the film.

With the original theatrical cut running at nearly 2.5 hours, it’s also unknown how much longer the Spider-Man: No Way Home extended cut will be.

Swinging soon to a theater near you! Check out the global releases for #SpiderManNoWayHome – The More Fun Stuff Version and save the date! pic.twitter.com/IUTIzTwHbB

The film, which came out in December last year, is currently sitting at around US$1.89 billion (RM8.4 billion) at the global box office and with its extended cut set for theatrical release, the film is inching closer to hitting the US$2 billion (RM8.8 billion) mark.

See also  Hong Kong artist Wing Chan grew up in the shadow of Kowloon Walled City, it taught him ‘to find beauty in the underdog’

This marks the third MCU film to get a major theatrical re-release following Avengers: Endgame in June 2019 and Spider-Man: Far from Home in August 2019.

And it’s also a third in terms of rereleases for Sony as it had Venom: Let There Be Carnage in January this year as well as the disappointing return of Morbius in early June. 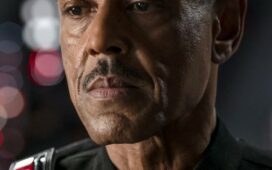