Singapore – Tan Jia Yan was 17 years old when she entered into a romantic relationship with former tutor Poh Yuan Nie or Pony Poh who eventually became the ringleader of an O-level exam cheating operation. What Tan didn’t know during the seven years she was together with Poh was that the latter was actually a woman.

Tan, now 33 years old, testified on July 23 (Tuesday) as a prosecution witness in the ongoing trial of her ex-partner Poh, 53, and her two alleged accomplices in the cheating operation – Fiona Poh Min, 32, and Feng Riwen, 27.

The three suspects have been accused of helping six students from China cheat during their O-level examinations in 2016, reported Today.

Tan, the only one involved in the scheme who had pleaded guilty was sentenced to three years jail time in April. She is currently appealing against her sentence but has not been brought up in the High Court.

Tan explained in court how her relationship with Poh developed while taking O-level tuition lessons at Pivot Tuition Centre in Tampines.

“I used to have tuition with her when I was aged 16,” said Tan. “Subsequently, she (Poh) initiated the relationship with me and deceived me that she was male. The relationship went on for seven years,” she added.

After graduating from secondary school, Tan stopped her lessons at Pivot and occasionally helped out at the tuition centre and also at Zeus Education Centre, where Poh was the principal.

Tan broke up with Poh in 2008 after suspecting that another woman, Wong Mee Keow, also known as Vivian, 40, was involved with Poh.

Wong owned Pivot and was fined in 2018 for deceiving the police in 2006 to protect Poh.

Poh was being investigated at that time by the police for helping Chinese nationals gain admission into a secondary school in Singapore without taking an entrance exam.

Wong pretended she did not know of anyone named “Poh” when questioned by the police. The investigation was dropped due to lack of concrete proof.

Poh was arrested in 2016 for another scheme, the alleged O-level exam cheating operation, and once again, Wong tried to protect Poh’s identity from the police by deleting photographs of Poh from her mobile phone.

When Tan saw a text message by Wong sent to Poh’s phone saying ‘I love you,’ Tan considered it as the last straw and decided to end their relationship.

When cross-examined by Poh’s lawyer, Mr Peter Keith Fernando, who asked if the two were intimate, Tan admitted that they were during the relationship.

The lawyer took this chance and said, “My instructions are that everything you have alleged in your testimony regarding Pony’s involvement in assisting students to cheat in exams is a pack of lies by you. You have made it up.”

Tan disagreed with the allegation.

The lawyer then added, “I put to you that the reason you have come to court to falsely implicate my client is because you have harboured a deep-seated grudge against Pony. In actual fact, she dumped you after a seven-year relationship, and you were left helpless.”

Tan admitted that she felt sad.

The trial continues on September 2.

Tan disclosed to the court how the cheating operation spearheaded by Poh, Fiona Poh, and Feng worked.

Using an iPhone stuck to her chest with scotch tape by Fiona Poh, Tan entered the exam halls back in October 2016. She also had a Bluetooth device and a skin-coloured earpiece.

Using the phone’s FaceTime video-call feature, Feng and Fiona Poh were able to view the exam questions, work out the problems, and relay the answers while stationed at the tuition centre.

One student taking an English Paper 1 exam was caught by an exam supervisor, which brought an end to the cheating operation. -/TISG 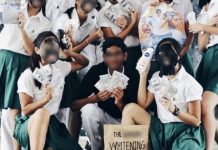 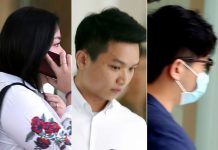 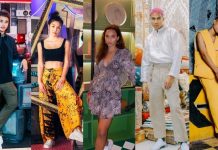 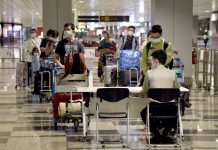 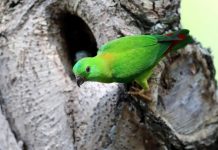 Nature's tweets: Listen to songs of native birds as Singapore hums back to life

“We must make sure schools continue to be safe”: Ong Ye Kung’s special message to teachers 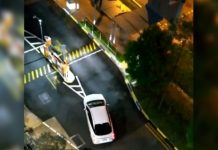 Did this driver exit a carpark using walkway to avoid paying fees? 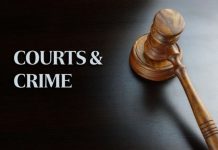 Former managing director jailed for crowdfunding for SMEs without licence 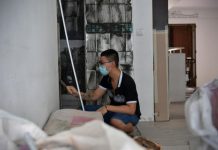