NEW YORK (BLOOMBERG) – It still surprises many people that professional video-game tournaments fill 50,000-seat arenas and that millions of fans watch from their bedrooms, aspiring to compete themselves one day. What has not passed some entrepreneurs by, however, is that this is quietly fuelling a big market opportunity.

Amateur teams are springing up specialising in e-sport games such as League of Legends, Counter-Strike and Dota 2, and they want places to meet and compete.

Vacancies in American city centres created by the shift to online shopping and magnified by the coronavirus pandemic are perfectly placed to fill the gap, according to several executives.

Simplicity Esports has about 40 gaming centres in 15 American states, which let amateurs meet and play together on high-end computers without worrying about cheats or slow network connections.

Its president, Roman Franklin, said that since January he has seen a 40 per cent to 70 per cent improvement in lease terms for potential new venues. At some locations, he said, the company has secured flexible rents representing 10 per cent of the sites’ gross sales, with no minimum rent and no other costs.

“I’m seeing lots of opportunities to continue the expansion of our footprint,” said Franklin.

Nasdaq-listed Allied Esports Entertainment Inc. is planning to build additional venues modelled on its flagship e-sports hub. Built inside The Luxor in Las Vegas, the 30,000 sq ft HyperX Esports Arena opened in 2018 and is kitted out with gaming PCs and consoles loaded with a variety of e-sports titles. It also hosts weekly tournaments and events.

“That’s creating access in the right places,” said Allied Esports chief executive officer Jud Hannigan. After pausing work due to the pandemic, he is waiting for the right moment to resume development of three sites.

“The industry is obviously going through a difficult patch here,” said Hannigan. But, he said, “we believe in malls successfully moving to be experience destinations, not just retail destinations.”

Amateur Fortnite or League of Legends fanatics inspired by high-profile gamers – such as Kyle “Bugha” Giersdorf, the 16-year-old who won US$3 million in the 2019 Fortnite World Cup final – want to practise and compete in environments where no one can gain a technical advantage and it is harder to cheat.

“Playing from home is like playing basketball in your driveway – the hoop may not be 10 feet high and the driveway might be a bit sloped at the front,” said Zack Johnson, CEO of esports services company GGCircuit, which develops and sells cloud-based software used by about 1,000 e-sports centres around the world.

“The camaraderie in person is so much better than playing with a headset,” he said. “It’s important to be able to high-five and fist-bump and hug, and look across a table and see a real human being not just an avatar.”

Industry executives say lockdowns impacted and delayed brick-and-mortar expansion plans, but Johnson said more than half of the 20,000 screens that run on its equipment are now back online after lockdowns.

Venues were appearing across Europe before the pandemic too, led by a crop of young companies such as France’s Team Vitality and Meltdown, Sweden’s Space, and London-based Game Digital’s Belong network.

Kinguin runs a 6,560 sq ft bootcamp-hotel for professional teams in Warsaw. It is now going after the amateur market and opened an Esports Lounge in the port city of Gdansk in June.

CEO Viktor Wanli said the site is operating at half capacity due to social distancing but demand is clear. “We’re having days where gamers have to wait in lines to occupy a station,” he said.

Vindex LLC, an e-sports company established by the founders of Major League Gaming, bought Belong in July and wants to open more than 1,000 venues worldwide.

And traditional sports stars are no stranger to the potential: Guild Esports, part-owned by English former football star David Beckham, last week announced plans for an initial public offering that will help fund a training academy and scouting network. 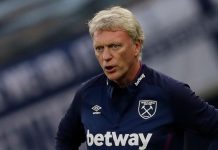