PUTRAJAYA, April 22 — Datuk Seri Najib Razak was not deprived of an opportunity to put up a proper defence when the trial judge in his SRC International Sdn Bhd corruption trial only provided a summary of key findings in his prima facie ruling, the Court of Appeal heard today.

Ad hoc prosecutor Datuk V. Sithambaram said this during the prosecution’s rebuttal in Najib’s appeal hearing against the former prime minister’s conviction and jail sentence for the misappropriation of RM42 million in SRC International funds.

Sithambaram said a trial judge was not legally required to expressly record the reasons or provide a detailed ground for calling the defence since an accused has to meet the prosecution’s case whenever their defence is called.

“The appellant is not deprived of the knowledge to know what he is called to answer since there is no legal requirement for a trial judge to expressly record the reasons or provide detailed grounds for calling the defence.

“The contention that the appellant has been prejudiced for not being able to put up his defence properly or to submit on those missing reasons was without basis.

“It is submitted that a miscarriage of justice had not occurred since all the rules of procedure and evidence had been followed in this trial,” he said.

Sithambaram’s rebuttal was in response to Najib’s lawyer Tan Sri Muhammad Shafee Abdullah’s previous submission that High Court judge Mohd Nazlan Mohd Ghazali made a “misdirection” in the latter’s ruling during the close of the prosecution stage which deprived his client of a proper defence for an acquittal.

The defence previously argued that since the trial judge did not provide full or detailed grounds at the close of the prosecution’s case, Najib did not know the case he has to meet when his defence was called and thus unable to prepare a strong defence against the charges.

Shafee also submitted that Nazlan had altered his written Grounds of Judgment (GOJ) through the inclusion of additional findings that differed from the prima facie ruling meted out against Najib on November 11, 2019, which demonstrated a clear element of bias in the learned judge’s conduct and questioned whether Najib had indeed received a fair trial.

In response, Sithambaram stressed that it was the defence’s task to respond to the “entire prosecution’s case” and not to merely rebut prima facie findings of the trial judge.

He also said a brief or summary judgment of the key findings which was written, read and recorded by a trial judge is not a signed written judgment within the meaning of section 307(3) of the Criminal Procedure Code (CPC).

As for supplementing the oral pronouncement made during the close of prosecution’s case in the trial judge’s full GOJ delivered after the end of the trial, Sithambaram said it was non-issue here since the trial judge decision of calling Najib to enter his defence is not a formal judgment in law.

“The learned judge thus by giving a summary oral judgment of key findings had reserved his position to add further grounds and give comprehensive grounds of decision or judgment under Section 307 of the CPC.

“There is no such thing as two judgments but only one when an accused is either acquitted or convicted of a criminal charge,” he said, adding that the defence position that the accused was denied a fair trial was a desperate argument.

He also further pointed out how Najib had put his defence by calling 19 witnesses over a span of 31 days and there was no evidence of any prejudice in his conduct of his defence.

In the present case, Sithambaram said Mohd Nazlan, although not legally required to, gave key findings for Najib to prepare his defence when he delivered his prima facie ruling.

“It was a bonus for the defence to get some points for the appellant (Najib) to enter his defence and yet they are complaining,” he said. 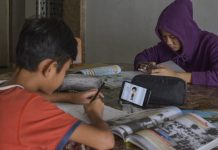 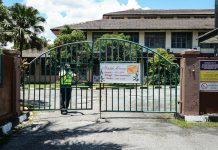 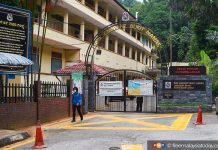 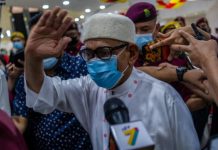 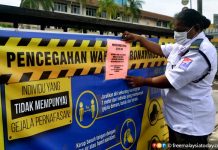 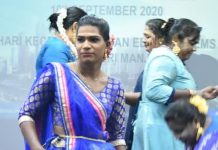 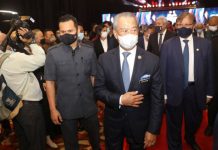