SINGAPORE – Last Wednesday, HP announced plans to eliminate 4,000 to 6,000 jobs – or as much as 10 per cent of its 61,000-employee global workforce – over the next three years, amid waning demand for personal computers that has crimped profits.

HP joined a string of tech companies wielding the axe on a global scale following the sector’s entry into the bust phase of the economic cycle. To date, more than 800 tech companies globally have laid off more than 100,000 workers in 2022, according to Layoffs.fyi, a site that tracks layoffs.

The Straits Times answers some of the most commonly asked questions surrounding these cuts, including whether tech layoffs will lead to broader cuts in other industries and if the laid-off workers could be easily rehired.

1. What are the drivers behind the tech layoffs?

Market observers and experts said the tech industry faces a perfect storm sparked by Russia’s invasion of Ukraine, opposition to intrusive advertising practices, fast expansions built on weak fundamentals and the collapse of cryptocurrencies. These factors have come together in an unprecedented time, when technology is so intertwined with everyone’s daily lives.

The Russia-Ukraine war, which began in February, created a global energy and inflation crisis just as economies were coming out of the Covid-19 pandemic. The war is threatening to cause the world’s leading economies to slide into recession, further crimping growth.

“Geopolitical tensions are seeing no signs of relief, and this triggers a domino effect,” said Dr David Leong, managing director of PeopleWorldwide Consulting.

A new privacy feature that Apple rolled out in April 2021 also curtailed app makers’ ability to collect data on users for personalised advertising.

Starting with Apple’s iOS 14.5 and iPadOS 14.5, all apps are required to ask users’ permission when they want to track them across third-party apps and websites. Users can also change their preferences for any app or block apps from asking for permission.

Facebook’s parent company Meta had earlier in 2022 said Apple’s new privacy feature would cut its sales in the same year by about US$10 billion (S$13.8 billion).

The collapse of cryptocurrency exchange FTX and the TerraUSD stablecoin have also wiped out investors’ fortunes, affecting liquidity in the market, said Dr Leong.

The writing was on the wall when behemoths Meta, Twitter, Snap, Google, Apple and Microsoft all reported weaker quarterly earnings in July due to shrinking advertising budgets to cope with inflation.

Most of these hiring sprees were not built on strong business fundamentals, but on the excess liquidity in the market contributed by the Covid-19 pandemic bubble.

Combined yearly revenue for the five biggest United States tech companies – Apple, Microsoft, Amazon, Google’s parent Alphabet and Facebook – grew by a fifth to US$1.1 trillion in 2020. Their combined market capitalisation also soared to a staggering US$7.5 trillion at the end of 2020, from US$4.9 trillion at the end of 2019, according to The Wall Street Journal.

Similarly, global venture capital funding in 2021 broke records, reaching US$643 billion, almost doubling the amount in 2020, according to Crunchbase, which tracks investment and funding information. Accompanying the excess liquidity was a surge in the number of unicorn start-ups valued at more than US$1 billion in 2021. Crunchbase added 586 unicorns in 2021, up from 167 additions in 2020, bringing the total number of global unicorns to more than 1,100 in 2021.

They were collectively valued at US$3.8 trillion that year.

Belief that the pandemic-fuelled boom would keep going spurred aggressive hiring, even as companies dug in to hoard their talent. This sent tech salaries to new heights across the entire tech sector. Meta, for one, hired more than 15,000 workers globally in the first nine months of 2022. In November, when Meta said it would shed 11,000 jobs, or 13 per cent of its global workforce, its chief executive Mark Zuckerberg told employees he miscalculated. 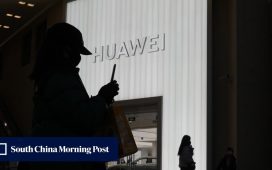