Kitingan, who is president of Parti Solidariti Tanah Airku (STAR), said the PBS demand to contest the two seats at the next general election was a common one in politics.

He said STAR should consider it as a reminder for them to work harder to defend the seats.

STAR and PBS are both partners in the ruling Gabungan Rakyat Sabah coalition.

PBS president Maximus Ongkili had said yesterday that the party was preparing the ground to stake its claim for Keningau, which was traditionally held by the party.

While he did not make an outright claim on Tambunan, he said: “PBS was born in Tambunan and it will continue to be the party’s political base” despite losing the seat to STAR in the 2018 general election.

PBS was founded in 1985 by Jeffrey’s brother Joseph Pairin Kitingan, then state assemblyman for Tambunan, who broke away from the ruling Berjaya party led by Harris Salleh. Tambunan remained his stronghold through four successive state elections.

STAR secretary-general Guan Dee Koh Hoi said it would be unfair for STAR to hand over Keningau, which he said was the party’s stronghold in Sabah’s interior.

He said STAR was disappointed that the PBS president had staked a claim on a seat held by the STAR president “because we worked hard as the opposition at that time to win the seat”.

He said STAR had contested the Tambunan state seat in the state elections last year through an agreement between partners in GRS and won the seat by 6,000 votes, contesting under the Perikatan Nasional banner.

At the 2014 general election Kitingan won in Keningau and Tambunan under the STAR banner. 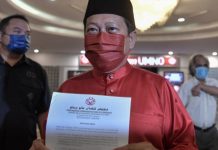 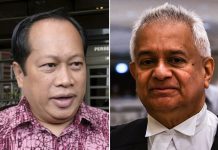 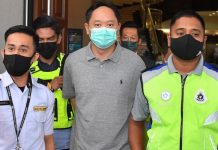