Arsenal defender Gabriel Magalhaes has been blasted by Rio Ferdinand for gifting Tottenham a penalty in Saturday’s north London derby.

Arsenal beat their fierce rivals 3-1 at the Emirates to extend their lead at the top of the Premier League table, winning seven of their eight top-flight games.

Mikel Arteta’s side took the lead after 20 minutes through Thomas Partey – but the Gunners conceded just 11 minutes later – as Gabriel fouled Richarlison in the box to hand Tottenham a penalty, which was scored by Spurs striker Harry Kane.

Richarlison had latched onto a Son Heung-min pass after a Xhaka clearance, with Gabriel bringing down his fellow Brazilian after a poorly timed lunge.

Goals from Gabriel Jesus and Granit Xhaka secured an Arsenal win – as Tottenham’s Emerson Royal was shown a red card – but former centre-back Ferdinand was unimpressed by Gabriel’s defending for the Spurs penalty.

‘If you are Mikel Arteta you are saying to Gabriel – stay on your feet!’ he told BT Sport.

‘There is no need to dive in in that situation, he is on his weaker foot. You would be very frustrated.’

He was not the only pundit to criticise the Brazilian, with Darren Bent tweeting: ‘Bad decision Gabriel, stay on your feet.’

Lee Hendrie, speaking on Sky Sports, added: ‘I’m not sure why Gabriel has made the decision to make the tackle. It is really clumsy.’

Gabriel, 24, joined Arsenal in 2020 from French club Lille and has made 79 appearances for the Gunners across all competitions.

He has formed a central defensive partnership with 21-year-old William Saliba this term as Arsenal look to secure a top four spot for the first time since 2015-16.


MORE : Rio Ferdinand explains what impressed him most about William Saliba in win over Tottenham

See also  Nick Kyrgios explains why he ranks Roger Federer above Novak Djokovic and Rafael Nadal
Share on FacebookShare on TwitterShare on LinkedInShare on Reddit
asianewsdayOctober 1, 2022 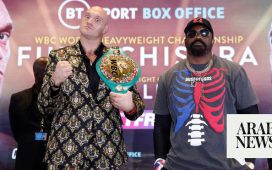