A 17-year-old girl in China has undergone spinal surgery for a deformity that had caused thick hair growth across her lower back and caused low self-esteem for the embarrassed teenager.

The Beijing girl, surnamed Wu, said there had been hair around her lower back area since early childhood that expanded as she grew older, news site Btime.com reported.

“It is a big-sized area, so I dared not wear revealing clothes,” Wu said.

“When I needed to change clothes or take a shower in the dormitory at school, I tried to avoid being seen by others.”

Wu used to think she had a “strange disease” when she was younger.

Her mother, who was not named in the report, said her daughter’s hair growth had been a “painful point” for her, as she always feared she might suffer from more serious symptoms in the future.

Her fears were realised four months ago when Wu said she was feeling painful aches and discomfort in her legs.

“I couldn’t control my legs, and I felt numbness in them,” said Wu.

At hospital Wu was diagnosed with a series of congenital developmental deformities in her spine.

“Excessive hair growth is only the visible symptom of this deformity which actually could lead to many dangerous diseases,” said Wang Zuowei, a neurosurgery specialist at Beijing Xuanwu Hospital. 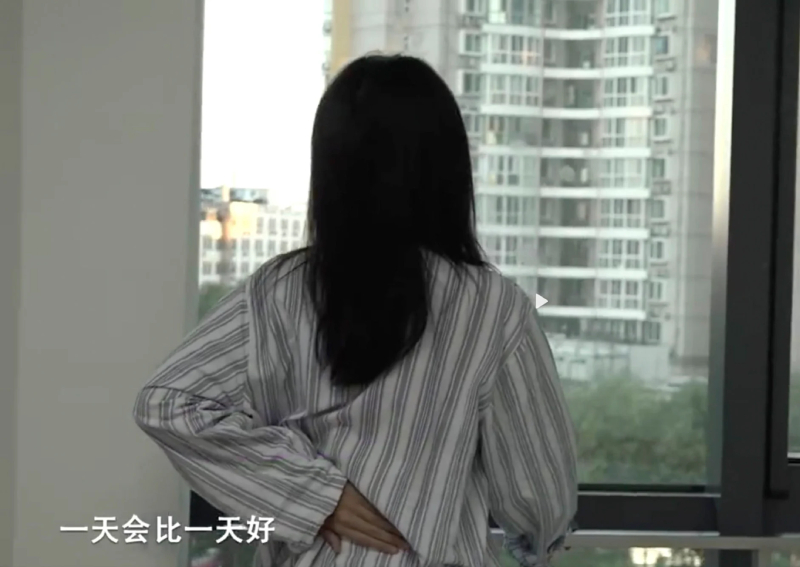 “The surgery was successful, and I am very happy,” her mother said. “Her recovery is obvious. I believe her condition will get better and better.”

Wu’s rare medical condition has been among the most searched news items on mainland Chinese internet, with eight million views on Douyin and nearly six million on Weibo.

“Best wishes to this young girl. Hope her life can become normal from now on,” commented one person.

“I had this same problem – though my hair was not as thick as this girl’s – since birth. I had surgery at 16 in Beijing. Doctors in my hometown, a small city, didn’t recognise this condition,” said one person about their own experience. “Seven years have passed, but I still feel pain in my coccyx if I sit or stand for a long time.”

Last year, local media reported on the case of a 14-year-old girl in China with a rare disease that made the skin on her face very slack and loose. As a result, the girl appeared older than her 50-year-old mother. Doctors said plastic surgery was probably the only effective treatment option.

In another case from 2021, a 15-year-old boy had extra bone growth on his spine that protruded visibly from his back. Doctors suspected the boy’s condition was caused by a type of non-cancerous tumour. However, they were not able to offer effective treatment for the rare condition which affects only around 700 people in the world.