This story was produced in partnership with the Pulitzer Center.

At a children’s care facility in Cubao, north of Manila, 18-year-old Mel and her four younger siblings wait to be adopted.

Mel, whose name has been changed to protect her identity, is already too old to be adopted. Her only option to join a family is to be adopted along with any, or all, of her four siblings.

It has been five years since Mel and her siblings joined the Gentle Hands children’s home, which also houses many children who have experienced trauma.

Mel and her siblings were placed into the facility from their aunt’s home, after Gentle Hands’ executive director Charity Graff received notice about the youngest child suffering from malnutrition. 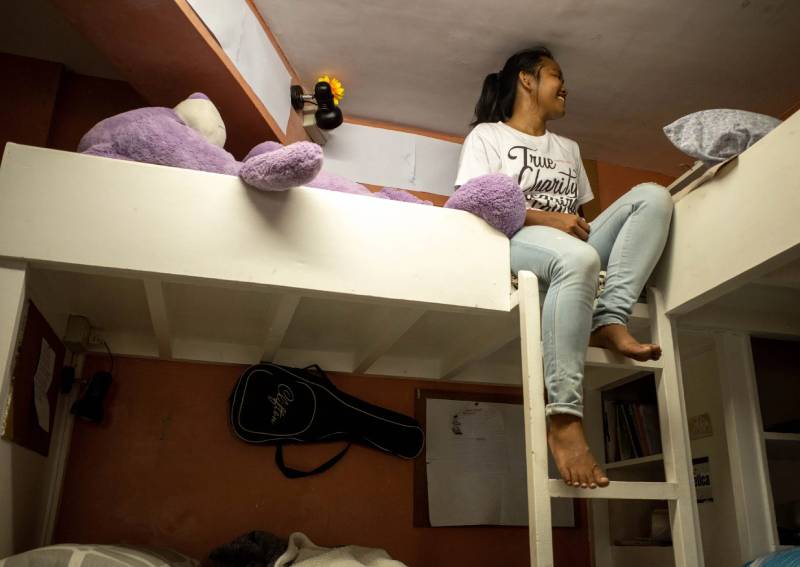 “The youngest sibling was a referral because of severe malnutrition. When I was in the house then, I discovered four other children; the referral should have been for five children.

“The mother had neglected and abandoned them [repeatedly],” said Graff.

“Neglect is almost harder to process because somebody is there. ‘You should have been caring for me, but you did not’ is much more difficult to accept than ‘You’ve left me’,” she added.

Data from the Philippine Department of Social Welfare and Development (DSWD) show that extreme poverty, single parenthood and abuse are some top factors that push parents to give up their children.

Most of these children have experienced some sort of emotional or physical trauma, an experience that the American Psychological Association (APA) defines as “an emotional response to a terrible event”, which sometimes results in survivors having difficulty in moving on with their lives. 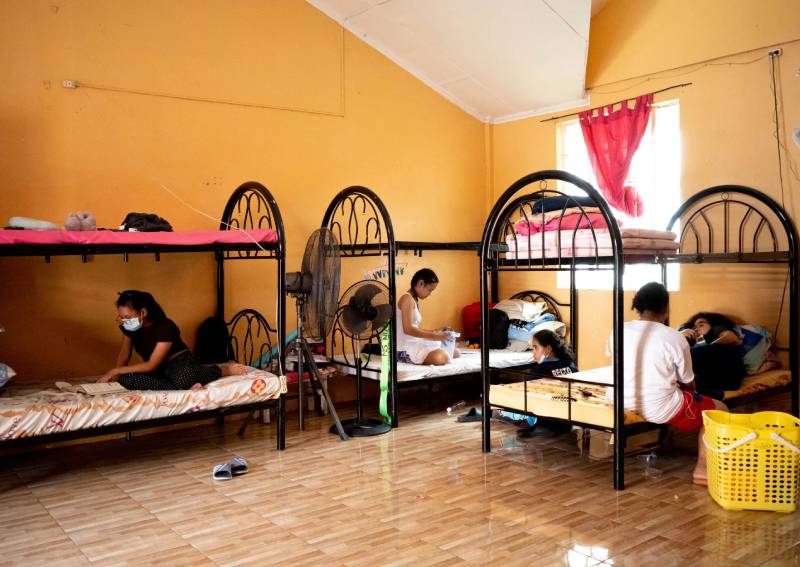 Registered child psychologist Aileen Sison said that neglected children often struggle to form meaningful attachments with other people. Their feelings of not being wanted are validated when they do not get adopted.

“[It] questions their own self worth: Why am I not chosen? Is there something wrong with me?”

Feedback from social workers show that babies and young children often have the highest chance of getting adopted, compared to older children.

Non-government organisation Philippines Without Orphans estimates there are between five to seven million abandoned, neglected or orphaned children in the country – that is roughly one out of every six children in the Philippines.

Just 237 Filipino children are adopted yearly, according to data from Rohei Foundation, a Philippine non-profit that advocates for adoption.

Many remain in the system due to the lengthy adoption process, beginning with proving that the child no longer has parents or relatives who can take them in.

The next phase of declaring a child legally available for adoption can take months because of unexpected delays such as difficulty obtaining documents from the local government, and announcing through media outlets that the child has been found.

Social media announcements of a found child is necessary as social workers have to prove that no parent or relative came to claim a child, before they can be issued with a certificate that declares the child legally available for adoption.

The final step of matching the child with potential parents can take years.

Mel has been available for adoption since January 2019 and has been on the international list since November the same year. There has been no match so far.

This could be due to a decline in international adoptions, which US economics professors Irene Powell and Mark Montgomery attribute to politics and restrictive legislation in their book Saving International Adoptions. 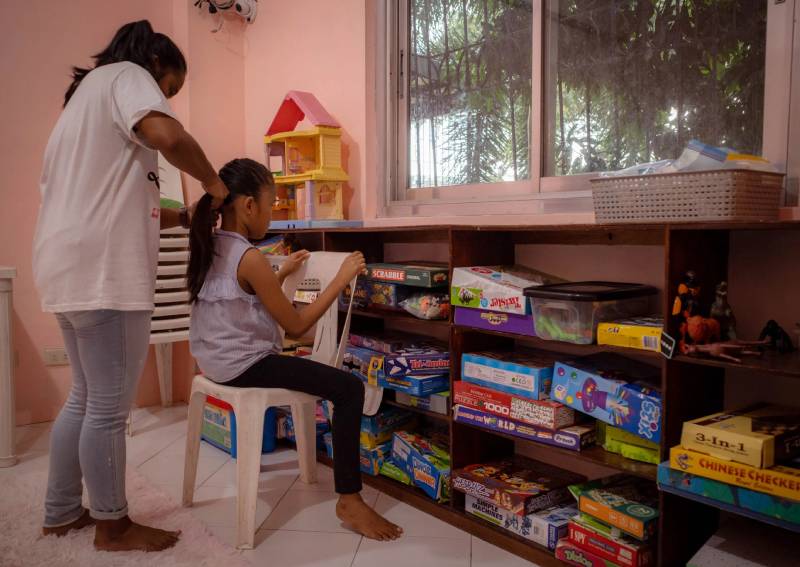 Despite strong demand, Mel and 17-year-old Angela are still not adopted.

Angela, whose name has also been changed, has been waiting for a family since 2015. She hopes for a new family because she can barely remember hers.

“I get envious of those who have complete families, but I’ve already accepted that I’ve been abandoned,” Angela said.

The teenager has lived in Nayon ng Kabataan (NK), a government-run childcare facility for children aged seven to 17, since she was 12.

While Mel and Angela enjoy their time at their respective care facilities, the dream to be adopted remains on their minds.

But the care and adoption systems are lengthy and full of uncertainty.

The care system had been designed for temporary care but such care turned permanent with the decline in international adoption. The goal of the care system and facility has always been to discharge the children.

Mental health issues and a lack of priority around the topic are also barriers in the adoption process, said psychologist Aileen Sison. This could also result in children overstaying in such facilities.

“The awareness is there but it’s just the awareness. In terms of helping children process their trauma, it’s not yet consistent.”

“There’s a fear factor. If I adopt a 10-year-old, they’ve had 10 years of abuse and 10 years of negative experiences, am I ready to embrace that?

“No, because I have my own traumas that I have not yet processed.”

Preparing for life without adoption

To resolve this, NK tries to prepare children for independent living, especially older ones who have aged out of adoption.

This means skill-training across various trades such as baking, carpentry and cutting hair.

“We really push them to learn, so that we can put them in job placements,” said Malou Estorninos, a social welfare officer at NK who explained that the system was established to prevent children from being too dependent on their agency.

“Afterwards, they go on to independent living, where they will be discharged and live on their own. Usually, we provide them with one-time financial assistance to help them start their life.”

“But after that, they’re on their own. We can add them on Facebook, if we want.”

Angela, who is learning how to give haircuts, is getting ready for life outside NK but remains nervous.

“I don’t know what life [is like] outside. But I’m doing advanced training now, so that if I don’t get adopted, I can stand on my own two feet,” she said.

She plans to work as a call centre agent eventually so she can afford her dream of seeing her favourite artistes in concert worldwide. 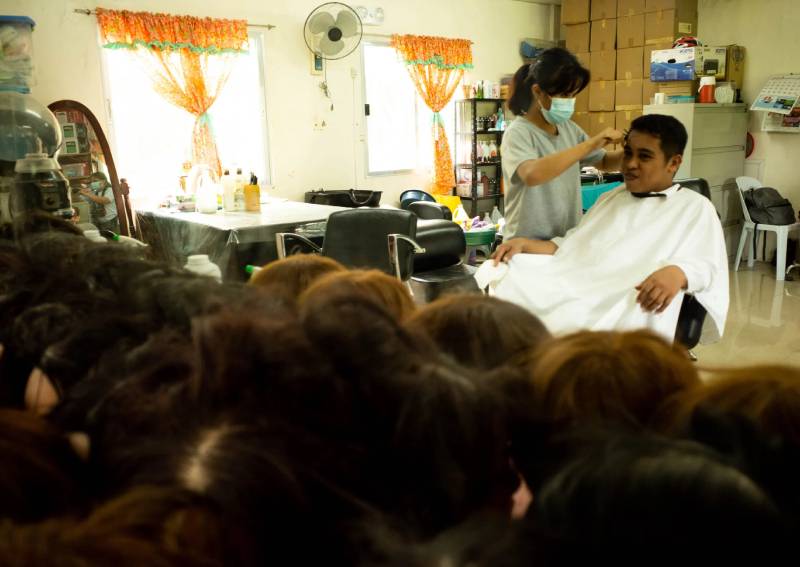 Unlike NK, Gentle Hands has a different approach and aims to support the child for as long as they can.

Gentle Hands prepares children for life beyond adoption through its own brand of healing.

They conduct focal group discussions with the children to discuss the possibility of not getting adopted, and explore other options such as staying at Gentle Hands.

“My commitment to children when they’re older: This [Gentle Hands] is your family. This is your home,” said director Graff.

17-year-old Mel is content to continue living at Gentle Hands, with her four siblings, even if she does not get adopted. But she is ready with a plan should her siblings get adopted.

“If my siblings get adopted, I will work hard to earn money and pay for the flight to visit them wherever they go.

“If we don’t get adopted at all, at least we have each other.”