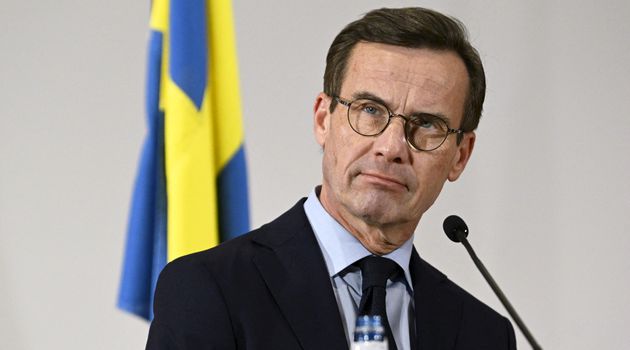 Swedish prime minister Ulf Kristersson will seek Turkey’s approval for his country’s bid to join Nato during talks on Tuesday in Ankara with president Tayyip Erdogan, who has stalled the process and accused Sweden of harbouring militants.

Along with Finland, Sweden applied to join Nato in May in response to Russia’s invasion of Ukraine. Turkey had objected over security concerns related to the banned Kurdistan Workers Party (PKK) and other groups, and over the Nordic states’ arms-export bans.

The three sides signed a memorandum in June that lifted Turkey’s veto and obligated Sweden and Finland to address its remaining concerns.

During a visit to Turkey’s parliament on Tuesday, Mr Kristersson vowed a firmer stance on fighting crime and terrorism.

“I think the new government will have an even firmer approach in (relation to) the Nato application from Sweden,” Mr Kristersson told reporters.

Mr Erdogan was set to host Mr Kristersson at the presidential palace on Tuesday afternoon, with a news conference scheduled for 3.30pm Irish time.

Minister for foreign affairs Tobias Billstrom told Swedish Radio on Saturday his country’s new government would distance itself from the Syrian Kurdish YPG militia in its bid to win Turkey’s support for its membership of the Western defence alliance.

Turkey views the YPG as an extension of the PKK, which launched an insurgency against the Turkish state in 1984 and is designated as a terrorist group by Turkey, the European Union and the United States.

Sweden, along with the United States and several other Nato countries, have supported the YPG in the fight against Islamic State. Turkey has vowed to block Sweden’s application if it doesn’t stop.

The application has been approved by 28 of Nato’s 30 countries. The Nordic countries said this week they were optimistic Hungary would also drop its objections.

“We are cautiously optimistic that the Swedish government will take concrete steps regarding our terrorism concern,” Mr Altun wrote.

“Sweden wants to join Nato to enhance our own security, but Sweden also wants to be a security provider for others,” Mr Kristersson said.

“Turkey has very legitimate demands on every new Nato member to be a true security provider also for the other allies.”

In a letter sent a month ago and seen by Reuters, Stockholm told Ankara it had taken “concrete action” to address Turkey’s concerns including stepping up counter-terrorism efforts against Kurdish militants. – Reuters