For many people in Hong Kong, it is hard to imagine the city with its home airline controlled by any group other than Swire Pacific.

Alongside Jardine Matheson, Swire is one of two British colonial trading houses that still loom large over the former UK colony. It has run Cathay Pacific Airways for more than 70 years. Under Swire’s stewardship, Cathay grew into one of Hong Kong’s most recognised global brands as the then British colony transformed itself from a sleepy Chinese entrepôt into a dynamic international business and financial hub.

But then Hong Kong is rapidly changing in lots of ways that were previously inconceivable, especially as a tough new Chinese national security law adopted in July chips away at the territory’s previously robust civil freedoms. Cathay becoming, say, just another subsidiary of its second-largest shareholder, Beijing flag carrier Air China, would be entirely consistent with the current zeitgeist in Hong Kong.

It would also arguably be a good thing for Swire, which is perhaps best thought of as a jumbo jet with four engines. These include a cash-cow property arm, a similarly successful Coca-Cola bottling division, Cathay and a maritime services unit whose fortunes are largely tied to the offshore oil industry.

Cathay and the maritime unit have traditionally hedged each other. Low oil prices flatter Cathay’s bottom line but depress servicing demand from offshore oil rigs. When oil prices are high, Cathay suffers but the maritime business booms. As a result, Swire shareholders have traditionally been able to assume at least three of the group’s engines will be firing nicely.

But then came Covid-19, which has hit both aviation and oil hard. Worse still for Swire, Cathay was already coming off a terrible year because of the increasingly violent clashes between Hong Kong pro-democracy protesters and police through the second half of 2019. The unrest had a big impact on business and tourist travel to Hong Kong. Shares in Swire have halved from January peaks.

In such circumstances, Swire shareholders have a tempting alternative. Like Cathay, Swire’s property arm is separately listed in Hong Kong. So why buy shares in Swire, with two of its four engines misfiring, when you can buy Swire Properties shares directly?

One answer for hanging on to Swire shares — and for Swire hanging on to Cathay — is “this too shall pass”. The unrest in Hong Kong seems to have subsided and the Covid-19 pandemic hopefully won’t last forever, at which point Cathay shall soar again.

Or will it? Russell Barling, an independent transport industry analyst in Vancouver, noted that the aviation industry wasn’t what it used to be. “Very few airlines are profitable and the business model does not survive economic shocks,” Mr Barling said. “Most are forced cap in hand to [their shareholders and governments] every decade and the gap between those begging missions seems to be shortening.”

In June, Cathay secured a HK$39bn ($5bn) bailout from the Hong Kong government, which was more than double the airline’s market capitalisation at the time. As part of the rescue, Swire paid HK$5.3bn for new shares issued by Cathay.

Cathay has also proven to be a big political headache for Swire. Cathay’s chief executive was forced to resign last year after the Chinese government accused the airline of not moving fast enough to distance itself from Hong Kong’s pro-democracy movement. Swire had no choice but to comply with Beijing’s demands. Had it not done so, even its non-aviation businesses in China could have been jeopardised.

But even with Cathay causing Swire as much trouble as it has over recent years, ditching the airline would not be easy for the conglomerate. After 70 years, the two companies are synonymous with each other and the group’s ultimate controller, the Swire family, has strong feelings about the airline.

Adrian Swire, the family’s late patriarch and father of the current group chairman, Merlin Swire, was an “aviation man” who served in Hong Kong’s auxiliary air force when the territory was a British colony and also flew a second world war-era Spitfire fighter plane.

“The family is very attached to Cathay,” says one veteran group executive. “It goes beyond hard-headed business logic. They built it up through mainly good times and some bad. I don’t think Merlin wants to see it going on his watch.” A Swire spokesperson said his company had “full confidence in Cathay’s long-term future”.

But Mr Barling is not so sure. Merlin Swire, he says, knows only too well “how vulnerable airlines are as the market relentlessly searches for dependable earnings growth”. 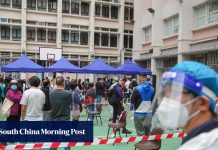 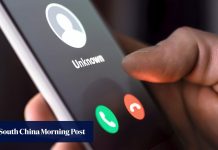 Hong Kong schools flooded with official ‘suggestions’ to promote national identity among students, with training for teachers too 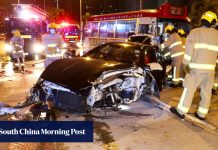 Hunt for Maserati driver in Hong Kong after sports car flies across road divider and smashes into taxi and minibus, injuring three 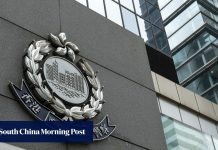 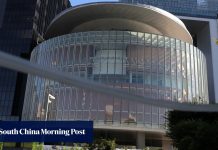 Hong Kong government lashes out at foreign critics of lawmakers’ disqualification, accusing them of sowing division between city and mainland 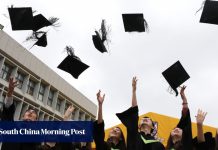 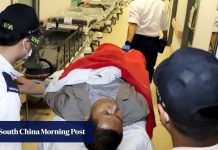 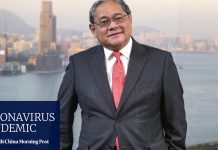