A karaoke lounge in southern China has been fined 10,000 yuan (S$2,006) for having images and songs of former pop superstar Kris Wu who is facing rape charges in its system, according to a business data platform.

Authorities in Guangdong in southern China fined Huayun Entertainment League in May after an inspection the previous month found “illegal content” from Chinese-Canadian Wu who is listed as a “tainted artist”, according to a government announcement online.

The company was fined for violating a regulation banning entertainment venues from providing content that “goes against social morals or fine traditional Chinese culture”. 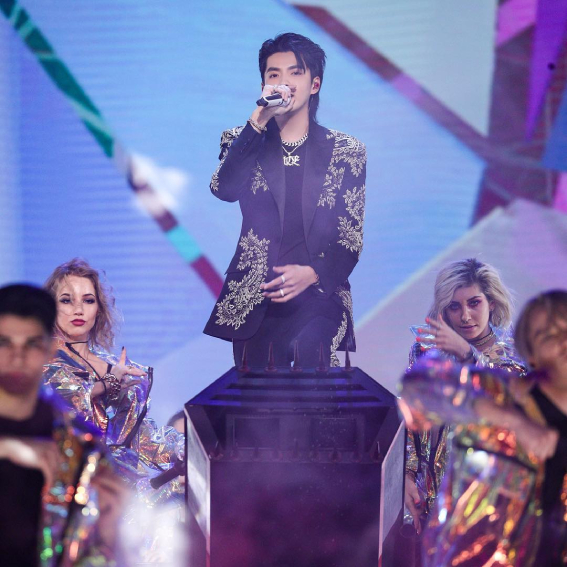 A staff member at the karaoke bar told The Paper on Thursday (Sept 22) that it had removed the songs and images after receiving the penalty, and said it was the result of an overdue system update.

He further explained that because their lounge is in a small county, there is no trade association to alert them of the latest relevant government policies.

The Chinese government has a long-standing policy of banning songs it deems dangerous or immoral from karaoke venues but has intensified its scrutiny of song catalogues recently.

In October last year, China’s Ministry of Culture and Tourism ordered all karaoke bars and entertainment venues to remove songs that fall under the category of banned entertainment activities under a broader national regulation from 2006. It includes songs that endanger national unity, sovereignty or territorial integrity, and damage social morals.

Wu, 31, is one of the biggest celebrities to fall from grace during China’s crackdown on the “chaotic” entertainment industry and its “overzealous” fandom culture in recent years.

He had nearly all his music material wiped from Chinese online platforms after he was detained last year and charged with the date-rape of a group of young women, including minors.

The former pop idol was widely blacklisted after being accused by beauty industry influencer Du Meizhu of date-raping her when she was 17. Du later alleged Wu had raped other young women too.

Wu was later charged with rape and “group licentiousness” and tried in a Beijing court in June, which was not open to the public to protect the victim’s privacy.

A verdict has yet to be delivered but Wu faces three to 10 years in jail if convicted.