It was quiet at Causeway Bay Books, a small room on the 10th floor of a nondescript office building in Taipei, on Tuesday morning. But owner Lam Wing-kee expects that to change soon.

Mr Lam, who was kidnapped and then released by Chinese agents for selling politically sensitive books in Hong Kong, fled to Taiwan when the territory proposed an extradition bill. Now that China has imposed a national security law on Hong Kong, he expects many of his compatriots to follow him.

“It is game over for Hong Kong,” he said. “Many more Hong Kong people will come here.” Together with other Hong Kong dissidents abroad, he is setting up Haven Assistance, a network for helping Hong Kongers build new lives in exile.

While Taiwanese sympathise with Hong Kong’s democracy movement, the government is treading carefully. It is mindful that promoting Taiwan as a base for Hong Kong’s fight against Beijing would place the island in even greater danger.

Hong Kong was the place for exile before. Now Hong Kongers are those who are in exile

The People’s Republic of China claims Taiwan as its territory and threatens to invade if Taipei rejects unification indefinitely.

In the course of the stand-off between pro-democracy protesters and the authorities, growing numbers of Hong Kongers have already been seeking refuge in Taiwan.

A survey conducted by the Chinese University of Hong Kong in May found that 35.5 per cent of Hong Kongers considering emigration would like to move to Taiwan — making it the favourite destination for would-be exiles.

According to Taiwan government statistics, 5,858 people from Hong Kong became Taiwan residents last year, a 41 per cent jump from 2018. Between January and May this year, applications for residency permits from Hong Kong citizens more than doubled compared with the same period last year, despite the fact that Taiwan closed its borders due to the coronavirus pandemic in March.

“They [young Taiwanese] certainly hope that Taiwan can become a safe haven,” said Ketty Chen, vice-president of the Taiwan Foundation for Democracy. Ms Chen said that TFD’s annual survey, due to be released this month, showed a jump in the public’s appreciation of Taiwan’s democracy. “I am convinced that the events in Hong Kong are at play here,” she said.

While President Tsai Ing-wen has declared Taiwan’s support for Hong Kong’s democracy activists, she resisted calls for a refugee or political asylum law to allow Taiwan to take in much larger numbers.

Instead, to handle the growing stream of exiles from Hong Kong, the Taiwanese government opened a special office on July 1 to assist Hong Kongers seeking to move to Taiwan.

Twenty-one-year-old Victor, who said he had been in the “very first of the line” of the Hong Kong protests, fled to Taiwan in July last year because he feared police would storm his home. Victor said he faced imprisonment of more than 10 years if he returned to Hong Kong.

When he arrived in Taiwan on a tourist visa, he spent some time at a church suffering from post-traumatic stress disorder before obtaining a student visa and starting a course in Taipei.

“I keep having nightmares and suffering from insomnia . . . sometimes I shiver at night and wake up in shock,” he told the Financial Times. He also felt that he was being followed in Taiwan.

Although he missed his parents, Taiwan was close enough for family members to visit him.

“Hong Kong was the place for exile before. Now Hong Kongers are those who are in exile,” he said.

Taipei has approved applications for residency permits like his on a case-by-case basis.

Mr Lam lived from one extension of his three-month visa to the next for almost a year before finally receiving residency rights through an investment visa by reopening his bookshop with funds raised from friends and acquaintances. Taiwan’s new office is aimed at streamlining procedures as more Hong Kongers arrive.

The Chinese government’s Taiwan Affairs Office has decried Taipei’s pledge of humanitarian assistance for Hong Kongers in exile as a “separatist plot” based on a “confluence of ‘Taiwan independence’ and ‘Hong Kong independence’”.

But Taiwanese experts argue that the notion of a joint front by Hong Kong and Taiwan to challenge Beijing is unrealistic.

“The idea that Taiwan could become a platform for a Hong Kong political opposition in exile is far-fetched,” said Chang Wu-yueh, a professor at Tamkang University in Taipei.

He said de facto independent Taiwan had little in common with Hong Kong, a territory under Chinese control.

Prof Chang added that affluent Hong Kongers or highly qualified financial executives were unlikely to settle in Taiwan because salaries were lower and tax rates higher than in Hong Kong. “What we will see are probably a lot more young people and students.”

READ  Hong Kong is world's most visited city in 2019 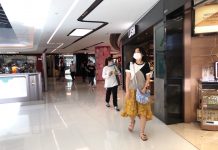 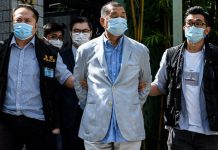 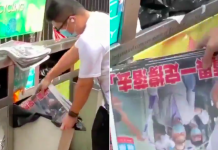 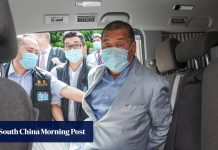 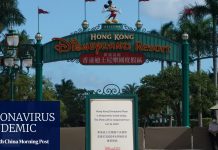 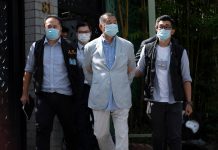 If China is serious about Hong Kong’s prosperity, it may want to rethink its crack down on press freedom

Where does the Apple Daily raid fit into Hong Kong’s enforcement of national security law? 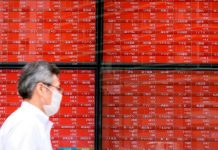