Taiwan’s foreign ministry said such suppression ‘would only disgust Taiwanese people and the international community even more’ and accused Beijing of deploying ‘vile actions’. ― Reuters pic

Miss Taiwan Kao Man-jung was photographed crying as other contestants in a beauty pageant appeared on stage during Tuesday’s opening ceremony of the 2022 World Congress on Innovation and Technology (WCIT), according to Taiwanese authorities.

“China pressured the Malaysian organisers to ban Miss Kao from holding our national flag on stage,” Taiwan’s foreign ministry said, adding that it had instructed its representative office in Malaysia to lodge a formal complaint with the organisers.

Beijing regards the self-ruled democratic island as part of its territory to be seized one day, by force if needed.

It bristles at any international recognition of Taiwan and often reacts with anger over the display of its flag at international events or by foreign celebrities.

Taiwan’s foreign ministry said such suppression “would only disgust Taiwanese people and the international community even more” and accused Beijing of deploying “vile actions”.

Taiwanese media reported that Kao was stopped just as she was about to go on stage, while other contestants were seen waving the flags of their countries.

Celebrities including US pop stars Madonna and Katy Perry have sparked ire in China in the past for showing Taiwan’s flag, which Beijing views as a show of support for the island’s independence.

In 2016, a teen Taiwanese K-pop singer was forced to apologise for waving the flag during an online broadcast, which stoked anger in China and accusations that she was an independence advocate.

Her video apology went viral on the day of Taiwan’s 2016 presidential elections, which saw the island elect Tsai Ing-wen as its first female leader in a landslide victory.

China suspended all communications with Taiwan after her win and has ramped up military pressure because her government does not consider the island as a part of China. ― AFP 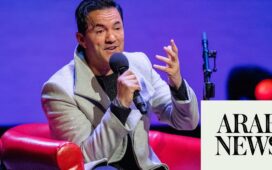 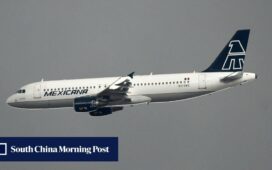