Nestled in the mist-covered foothills of Taiwan’s central mountain range, Ruan Chiao village is virtually devoid of young people, but artist Wu Tsun-hsien is coaxing the Instagram generation back by transforming local homes into a canvas of color.

Dipping his brush into a tin of beige emulsion, he carefully applies new layers of paint to his latest production — a vibrant rural scene depicting farmers in traditional weave hats tending to a flock of animals.

Behind him an elderly villager with a walking stick shuffles his way down the main street, which is plastered with Wu’s colorful paintings.

“This village is full of old people,” the 55-year-old laments, explaining how the vast majority of youngsters — including his own children — have moved to the city, leaving elderly residents listless and lonely.

But paintings have started to bring young visitors — always keen for a selfie in a photo-friendly location — back.

“These drawings attracted many tourists to come visit. The old people who were left here are no longer so bored. This was my biggest gain,” he beams.

Wu is not alone in this adopting this strategy.

This picture taken on May 21, 2019 shows Hakka graffiti artist Wu Tsun-hsien (top R) posing with his family in front of their home in the Taiwanese village of Ruan Chiao. Photo: Sam YEH/AFP.

There are now some half a dozen so-called “graffiti villages” in Taiwan that have been festooned with artwork in a bid to inject some life into rural places that have been emptied of its young.

Like many industrialized places, Taiwan’s remarkable economic transformation over the past few decades has upended rural communities and unleashed huge demographic changes.

“It’s perhaps a more recent phenomenon than it would have been in some other places,” explains Shelley Rigger, an expert on Taiwan at Davidson College in North Carolina, who said much of Taiwan’s industrial manufacturing stayed in the villages.

Embed from Getty Images
“People sewed Barbie doll clothing in their houses and then carried it down to a packaging plant in the middle of a village,” she tells AFP, as an example.

But once much of the manufacturing shifted to mainland China in the late 1990s and Taiwan moved up the value chain, many of those jobs left.

“That’s when you see rural areas kind of emptying out,” Rigger adds.

The Wu family have experienced this flight first hand.

The ancestral home is occupied by his wife’s father, 81, and mother, 72, who still work a few plots of land in the hills above the village growing organic vegetables. But Wu’s own children both went to university and have left, one to Australia, the other to a nearby city.

Wu’s wife Fan Ai-hsiu explains their bid to draw Instagram-happy crowds of youngsters was less about economics and more about giving her parents something to look forward to.

“They want to have conversations with people, that’s what they miss, it’s not about money,” Fan says.

But it was not initially an easy task to persuade fellow villagers to use their houses as a canvas.

“People here are fairly conservative,” she recalls, adding: “But once the first few paintings went up, they could see it brought people in.”

Most of Wu’s paintings in the village stick to rural pastiches or traditional symbols of good fortune.

It is the family home where he really gets to express himself — and which has quickly drawn a mass following on social media.

Perched on a slope overlooking the village, the whole house is covered in images, many of which detail Wu’s politics.

He’s an avid believer that not enough is being done to tackle climate change, so some of the scenes show apocalyptic scenes of environmental devastation.

Others are commentaries on social issues like gay marriage — which he opposes — or how the elderly are treated in an increasingly consumerist society.

“This mural depicts the present Taiwanese corrupt society,” Wu remarks as he walks along a huge painted wall featuring hundreds of images.

Embed from Getty Images
“This one is society’s mayhem due to mobile phones, computers and television… and this one is our cultural loss where many of our Hakka young generations don’t know the culture,” he adds.

The Hakka are linguistically distinct group of people who trace their origins back to southern China. They have lived in Taiwan for some four centuries and make up 15-20 percent of the population.

READ  Leslie Cheung in Happy Together, plus 6 other Asian movies celebrating LGBT romance

Evelyn Sun puts on art and food events in Taipei and found out about Wu’s paintings via social media.

She visited with friends who all soon found themselves sitting around a table with the Wu family, eating traditional Hakka vegetable dishes and tucking into eggs boiled in a secret recipe of local herbs.

The 25-year-old enthuses: “Taiwan has many ‘graffiti villages’ that are beautiful scenic spots where people will just leave after taking pictures.”

“But I realized when I came here that every mural here is depicting a social problem faced by society.”

She hopes other young Taiwanese will explore the nation’s rural villages more often.

She explains: “These people are our culture, they are our history, we have to get to know them.” 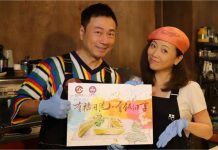 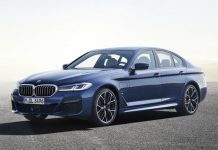 Celebrities Yang Mi, Li Xiaolu and Chen He sold face masks and lipstick with TikTok and Taobao during coronavirus –what next for e-commerce in... 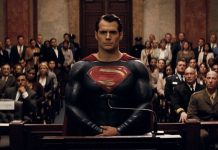 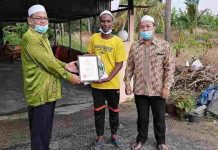 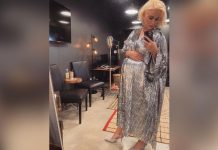 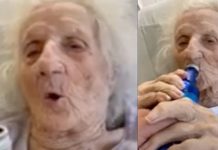